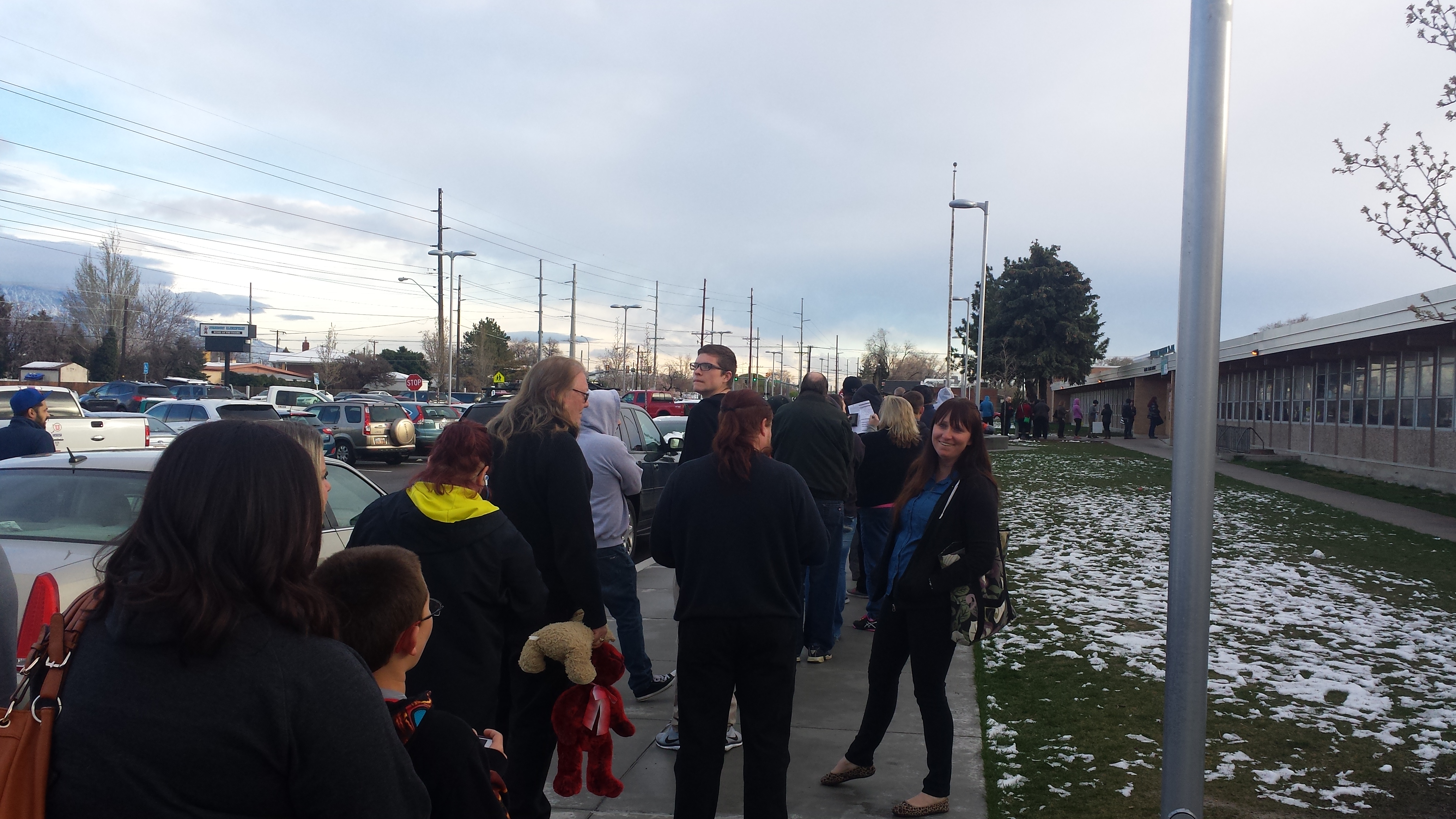 SALT LAKE COUNTY, Utah — Thousands of voters turned out to cast their vote during Utah’s presidential caucuses, Tuesday, despite the long lines and bad weather.

A normally conservative state, Democrats came out in droves. Caucus sites were overwhelmed with lines out the door, an some spots running out of ballots.

At about 11 p.m., CNN projected Vermont Sen. Bernie Sanders as the Democratic winner. As of about 12:25 a.m., Texas Sen. Ted Cruz was predicted to win the GOP caucus.

High voter turnout at caucus sites was reported throughout the state, Tuesday, according to the Utah GOP. About 59,850 people pre-registered for the upcoming caucus.

Utah has 40 Republican delegates. If any candidate receives over 50 percent of the vote, all 40 delegates will be awarded to that candidate.

If no candidate receives a majority of the vote, the delegates will be divided proportionally to all candidates who receive at least 15 percent of the vote.