Sanders tweets illustration of #BirdieSanders with the line ‘Together’ 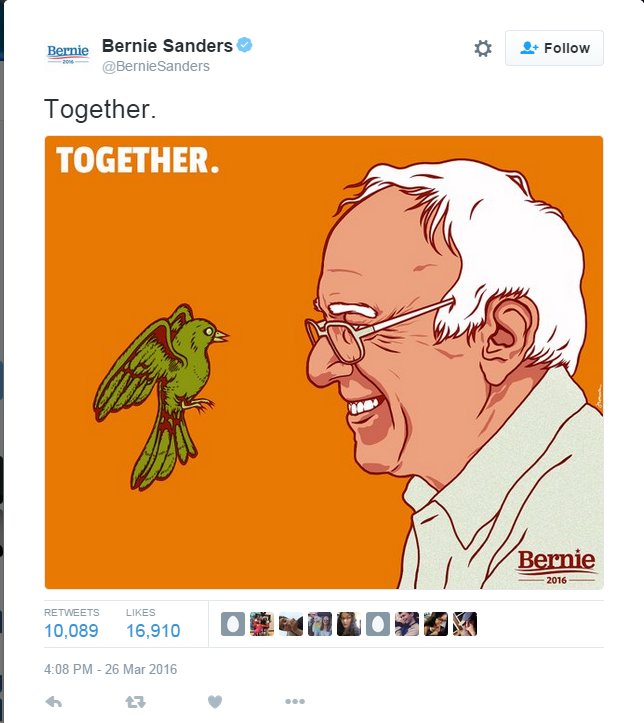 WASHINGTON (CNN) — Vermont Sen. Bernie Sanders isn’t letting one of his most lighthearted moments on the campaign trail fly away Saturday as his campaign tweeted a drawing of him and the bird that stole the show during an event in Portland, Oregon.

The image is an orange illustration featuring a profile of the Democratic presidential candidate, a green bird flying in front of his face and the word “TOGETHER” in white letters in the top left corner.

“BirdieSanders” was trending on Twitter Friday after a bird landed on the Democratic presidential candidate’s podium at a rally.

Sanders first noted the bird when it landed near where he was speaking. He looked down toward the ground and said, “Now you see, this little bird doesn’t know it …”

But before he could finish his thought, the light brown bird flew and perched on his podium.

“I think there may be some symbolism here. I know it doesn’t look like it, but that bird is really a dove asking us for world peace,” Sanders said after the bird flew away. “No more wars.”