SALT LAKE CITY -- An unexpected delivery for a couple in Salt Lake City turned out to contain an item labeled "hazardous materials", and the pair said FedEx didn't do anything to address the issue when they contacted them for an explanation.

Mariah Hay and Joe Schmidt said they were expecting a FedEx delivery of a suitcase, and then another package showed up at their door on Thursday.

“I went to pull the bag out, and all of a sudden I see this kind of blue liquid dripping and it says, ‘Hazardous Materials’ on the bag,” Hay said.

“A six or eight gallon container and double-bagged and knotted at the top, a big plastic bag,” he said. “...It had a big label that said ‘recipient refused’, and I thought that's weird; I guess Mariah must have sent something to someone somewhere and maybe they had moved.”

The couple had no idea what it was. They said they panicked at the time, but laughed about it later.

“Oh, it's hysterical,” Hay said. “It's a 'You couldn't make this up if you wanted to' situation."

After a few laughs, they called FedEx but said they did not get any help, or answers as to how and why this ‘Hazardous Materials’ package was delivered to their home.

“It took four hours until they told me that they weren't going to do anything about it,” Hay said. "Which really kind of panicked me, because now I've got this potentially dangerous package sitting outside, open."

Then they called the fire department and had its Hazmat Team collect it. Jason Asay of the Salt Lake City Fire Department said their personnel secured the container and it was ultimately disposed of.

“They said it sort if smells like it might be a dental cleaning solution, possibly,” Schmidt said.

Fire officials said later Saturday they had determined the substance was some kind of mouthwash and was not dangerous.

FOX 13 reached out to FedEx for comment, and they provided the following statement:

"We regret this happened and will cooperate with local authorities to address the situation, ensure the safe retrieval of the shipment, and determine how this could have occurred," said Jim McCluskey, FedEx spokesman.

Hay said he was disappointed in FedEx.

“A company of that size and scale should have some urgency when they really mess up that badly,” he said. 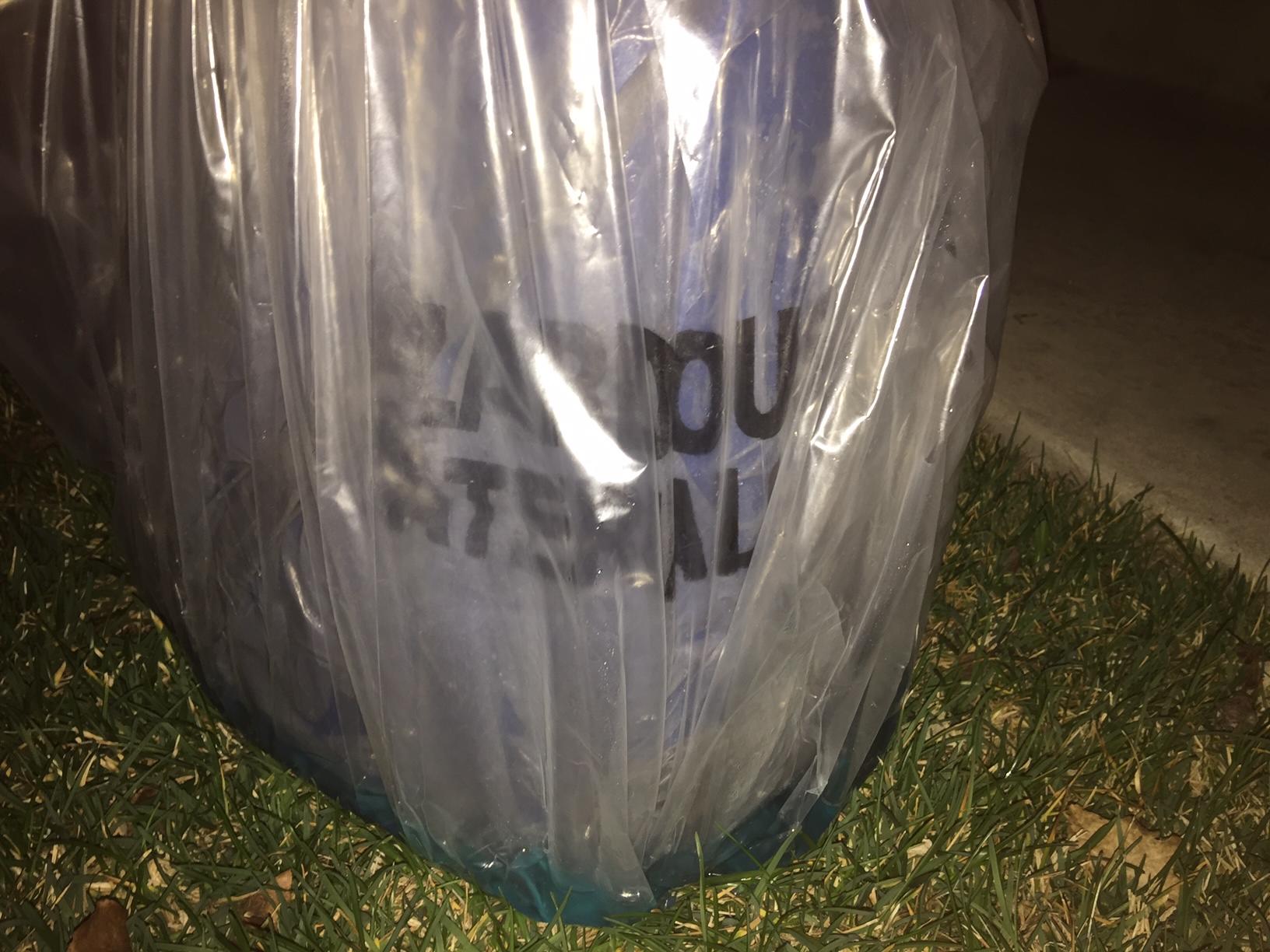