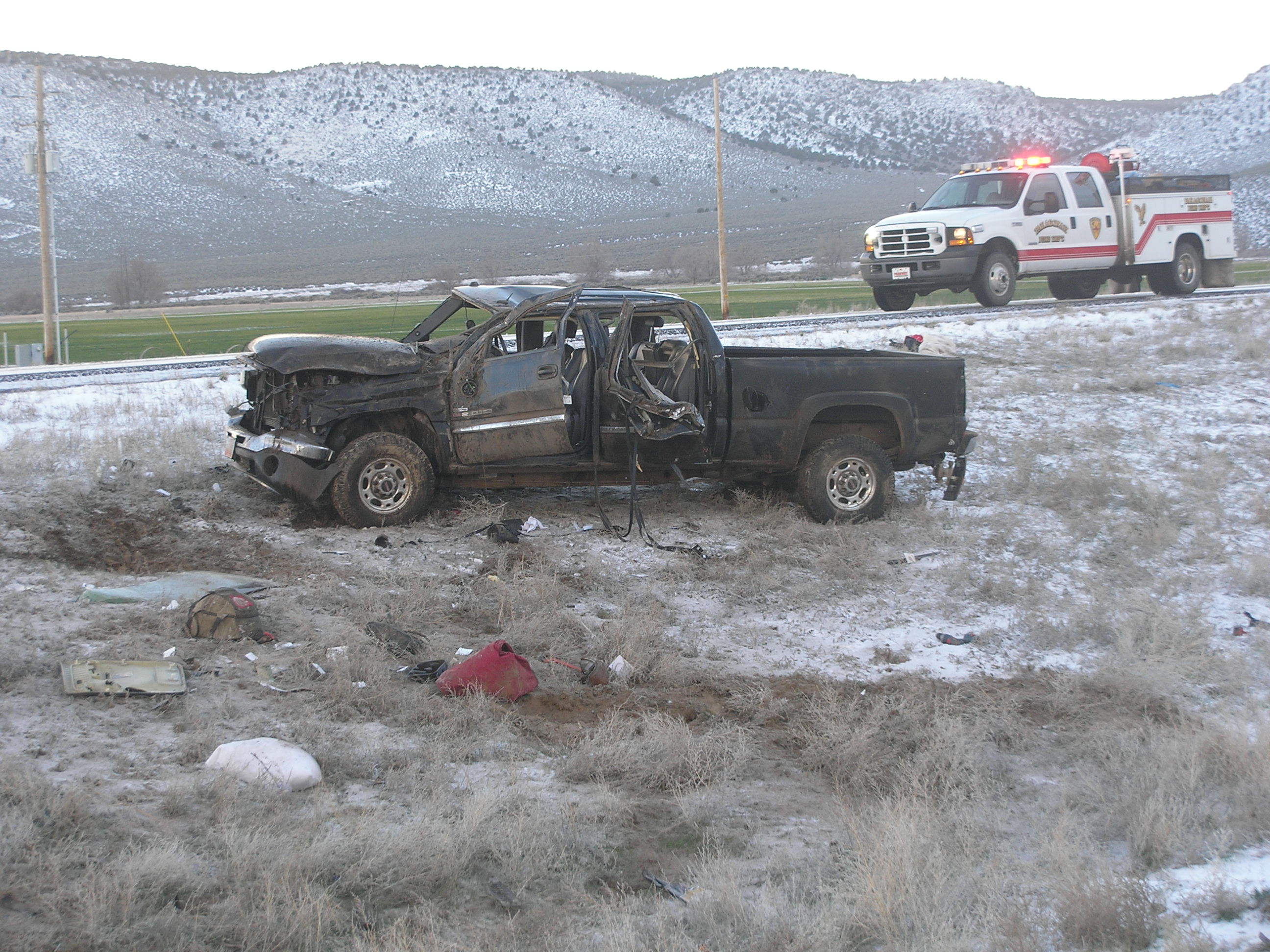 BEAVER COUNTY, Utah — A woman was killed and two others were injured in a rollover crash on I-15 Saturday, and police said the deceased was on her way to her mother’s funeral in Salt Lake City when the accident happened.

According to the Utah Highway Patrol, the crash occurred around 7 a.m. Saturday on I-15 near milepost 94 in Beaver County.

A 48-year-old man from Hurricane driving a GMC pickup truck encountered a winter storm that made conditions wet and icy, and he lost control of the vehicle and it crashed into the median before rolling several times.

The vehicle ultimately came to a rest on its wheels after rolling. A 48-year-old woman riding in the front passenger seat who was not restrained was ejected during the crash and suffered fatal injuries. She has been identified as Danielle Valle of Mesquite, Nevada.

A 28-year-old woman riding in the rear passenger seat was also not restrained, and she suffered serious injuries. That woman was flown to a hospital.

The driver of the truck was taken to by ambulance to a local hospital. Authorities did not specify his condition.

Police initially stated they believed Valle had been traveling with her mother’s ashes and said troopers had been searching the crash scene to recover them. However, later Saturday, they stated that while the original plan was for Valle to have the ashes, a change of plans meant they were not with her at the time of the crash.

The other two people injured in the crash have not been identified, and it is not clear if they are related to the deceased or if they were also attending the funeral.