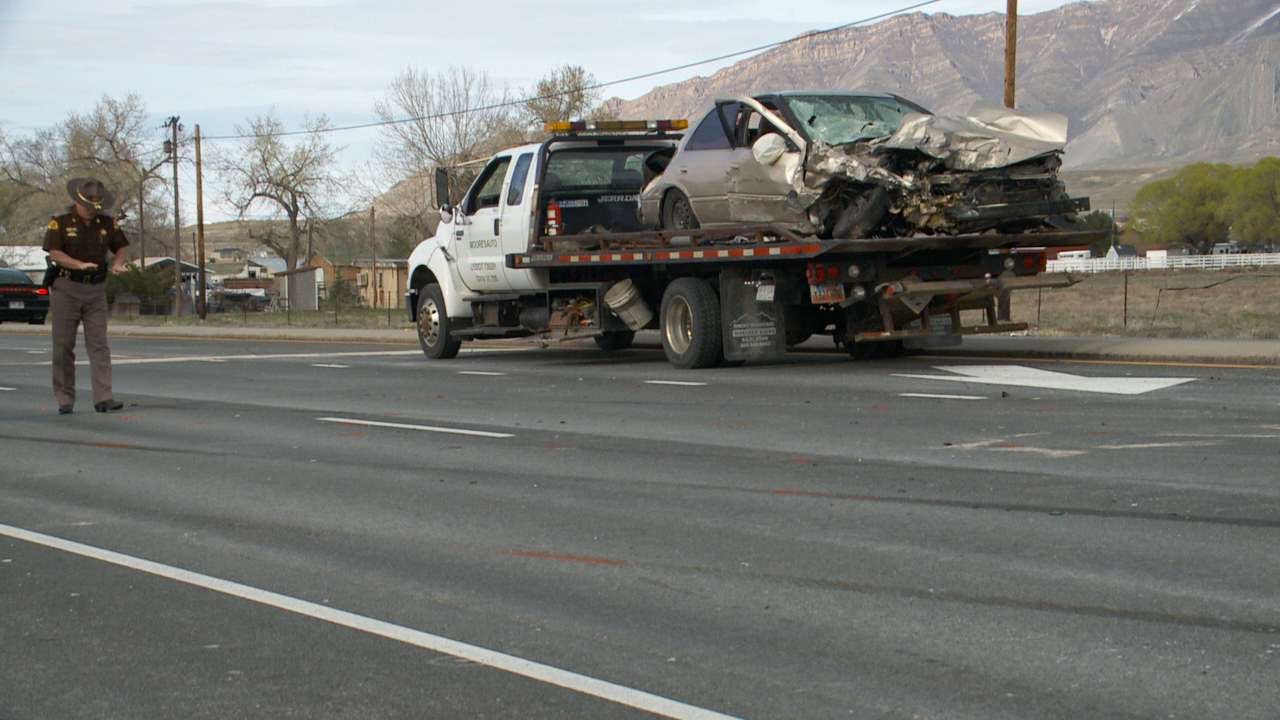 ERDA, Utah — Five people were taken to hospitals after a three-vehicle crash in Tooele County Sunday, and authorities said they believe the crash was caused by a reckless driver.

The crash occurred at the intersection of SR-36 and Erda Way, and motorists in the area were encouraged to take alternate routes as crews responded. FOX 13 News first heard reports of the crash sometime after 4 p.m.

UHP stated the crash involves a Toyota passenger car, a Chevy truck and an Acura. Capt. Bruce Riches of the Utah Highway Patrol said a driver in a tan Toyota was taking up two lanes and otherwise driving recklessly, but still within the speed limit.

“Witnesses indicate they were driving recklessly, using both lanes, nearly hitting other vehicles,” Riches said. “Actually did strike the Acura, they both traveled together, southbound, across the divider lane here, and the red pickup was northbound and struck the tan Toyota head-on.”

There were three people inside the Acura, a mother and father and their 7-year-old child. All were restrained, and the mother and child were taken to a hospital in fair condition. Riches said the father was walking around and was responsive at the scene.

There were two occupants in the red truck, and they were also restrained and were transported to a hospital in fair condition.

Riches said the driver of the Toyota suffered injuries that may be life-threatening due to his lack of a seat belt.

“The person in the tan Toyota was not wearing a seat belt and was ejected fully from the vehicle, through the windshield, striking the pavement with his head,” Riches said.

UHP said the crash is an example of how seat belts can prevent injury.

“And that’s one thing that we like to stress every time we get an opportunity, and this is a very good story for the use of seat belts,” Riches said. “Those people who were wearing seat belts, or wearing them properly, were either not injured or were slightly injured. And then the person who wasn’t wearing a seat belt at all, his condition could go either way.”

Riches said it is unclear at this point why the man was driving recklessly.

“We don’t suspect alcohol or drugs at this point, no evidence of such at the scene, but that is still part of the ongoing investigation,” he said.