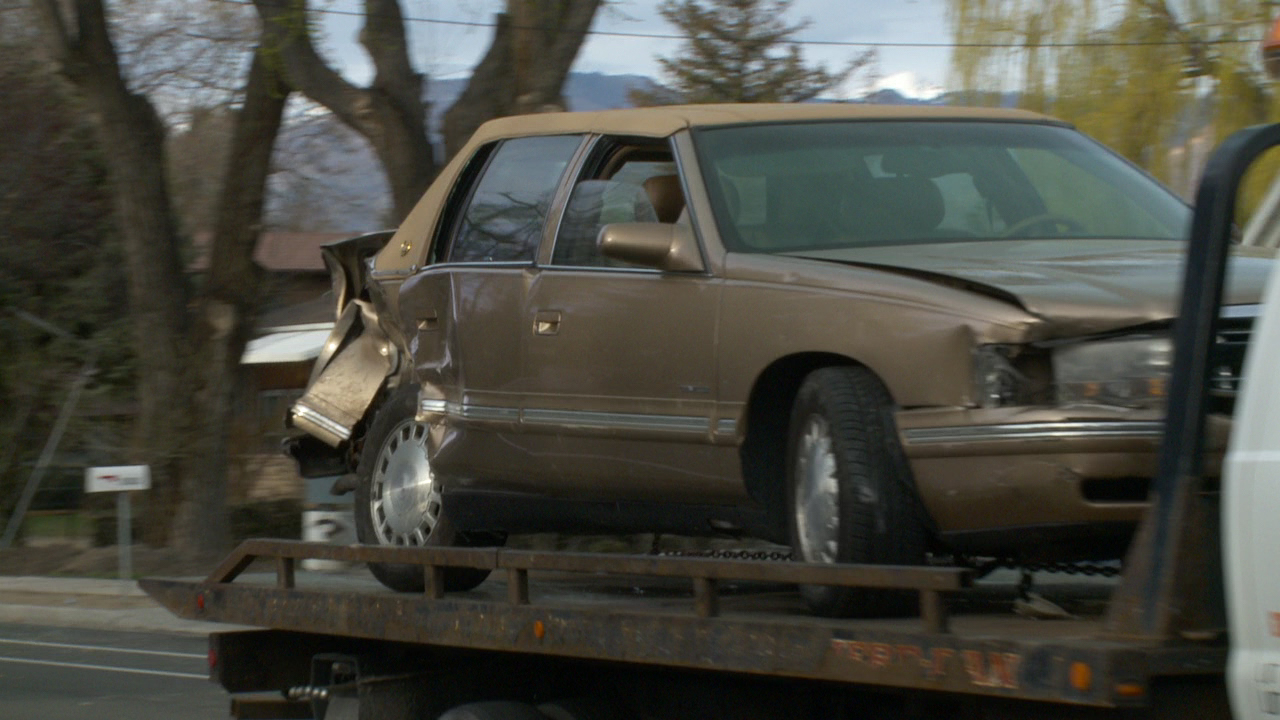 SOUTH SALT LAKE — A suspect fleeing from police in a stolen car crashed into another vehicle while trying to avoid spikes set by officers Sunday.

Lt. Dalan Taylor, West Valley City Police Department, said one of their officers spotted a vehicle reported stolen out of their city earlier this week, and an officer followed the car to South Salt Lake while coordinating an arrest plan.

Once enough backup was in position, officers executed that plan.

“They threw out some spikes in an attempt to deplete the tires in the vehicle, the suspect was able to drive around them,” Taylor said. “About this time they activated their lights. He took off.”

The suspect fled north on 300 East, and an officer with Unified PD deployed another set of spikes, which the suspect again avoided.

“When he went around those [spikes], he lost control and struck a vehicle, which had pulled off to the side of the road,” Taylor said.

There were two adults and a child in the car the suspect hit, all of whom suffered minor injuries.

The suspect attempted to exit his vehicle, but by the time he managed to do so police were in position and took him into custody. An adult female passenger in the suspect’s car suffered minor injuries.

The suspect, 26-year-old John Snider, was taken to a hospital as a precaution to be checked out. Taylor said the man had several warrants out for his arrest and will most likely face new charges for the stolen vehicle and the crash.