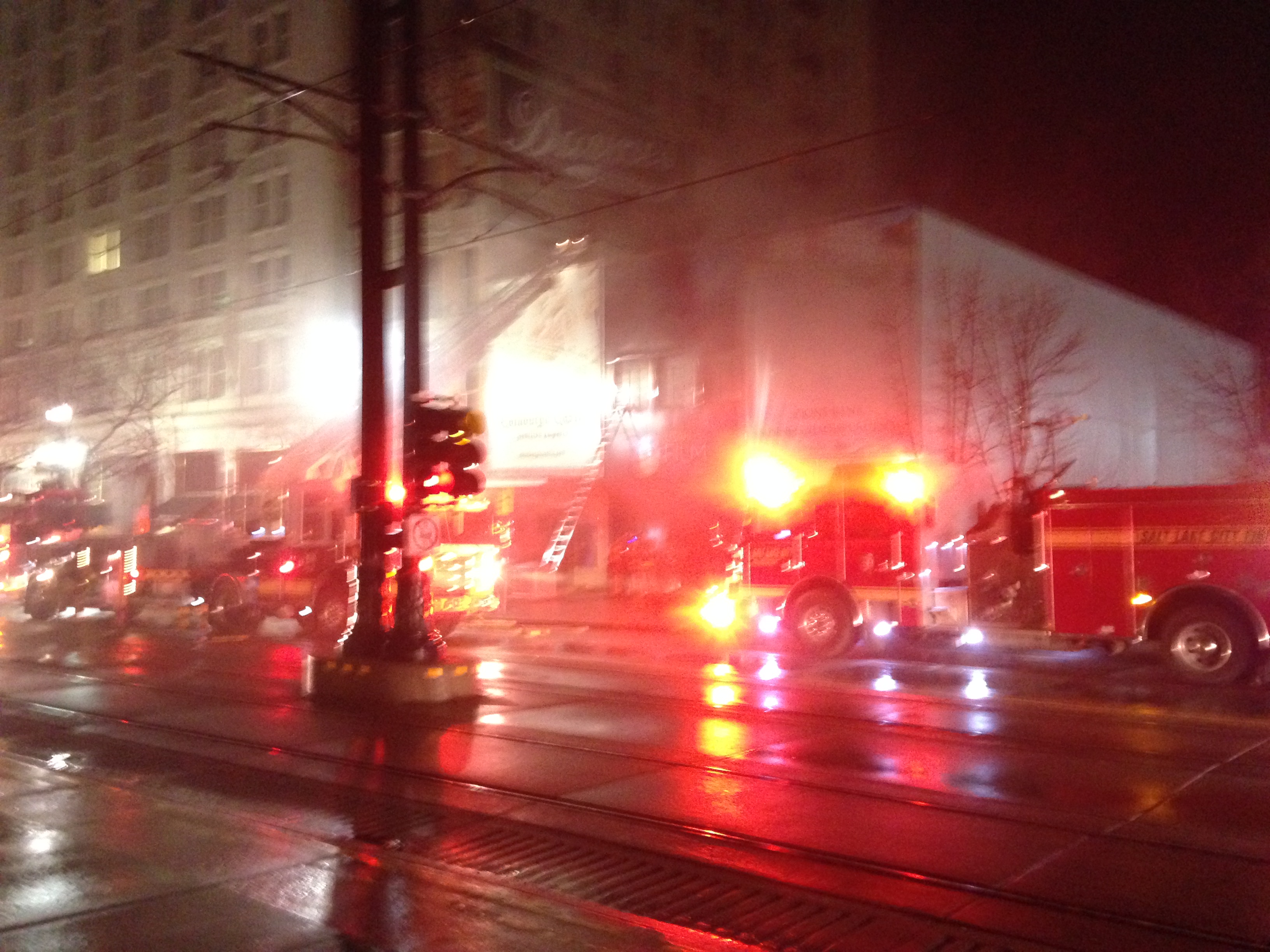 SALT LAKE CITY-- The Salt Lake City Fire Department has wrapped up the investigation on a four-alarm fire that started in the basement of the Utah Film Center early Tuesday morning.

According to investigators, the fire was caused by an electrical incident in the basement.

The fire started around 3:30 at 122 South Main Street in downtown Salt Lake City.

A representative for the fire department said 65 firefighters responded to the scene.

"This building seems to be very well compartmentalized. They didn't find fire on the second floor. Working their way throughout the rest of the structure, they eventually found fire in the basement. A hole was burned through the floor and fire was coming up from the basement," said Capt. Mark Dednarik, Salt Lake City Fire Department.

Elisabeth Nebeker, Executive Director of the Utah Film Center, said news of the fire was devastating.

"It's tough for all of our staff. Thank goodness everyone's safe. The tenant that lives upstairs, I understand, was the one that called and so he got out. So, we're grateful everyone's okay, but, you know we're trying to figure out what's next," Nebeker said.

No injuries have been reported but one residence above the fire is uninhabitable.

Main Street was blocked off from 100 to 200 South as crews worked to extinguish the fire, but it has since reopened to all TRAX and vehicle traffic.

The Utah Film Center say they were able to recover the film for the movie "NEWTON" for their Tuesday night screening.  The screening will be at the Salt Lake City Public Library at 7 p.m.

Workers from the Utah Film center say many  people and companies have been very supportive, offering them temporary business space.

Our office on Main Street is closed today, however our film tonight @slcpl will go on as scheduled @fox13now.