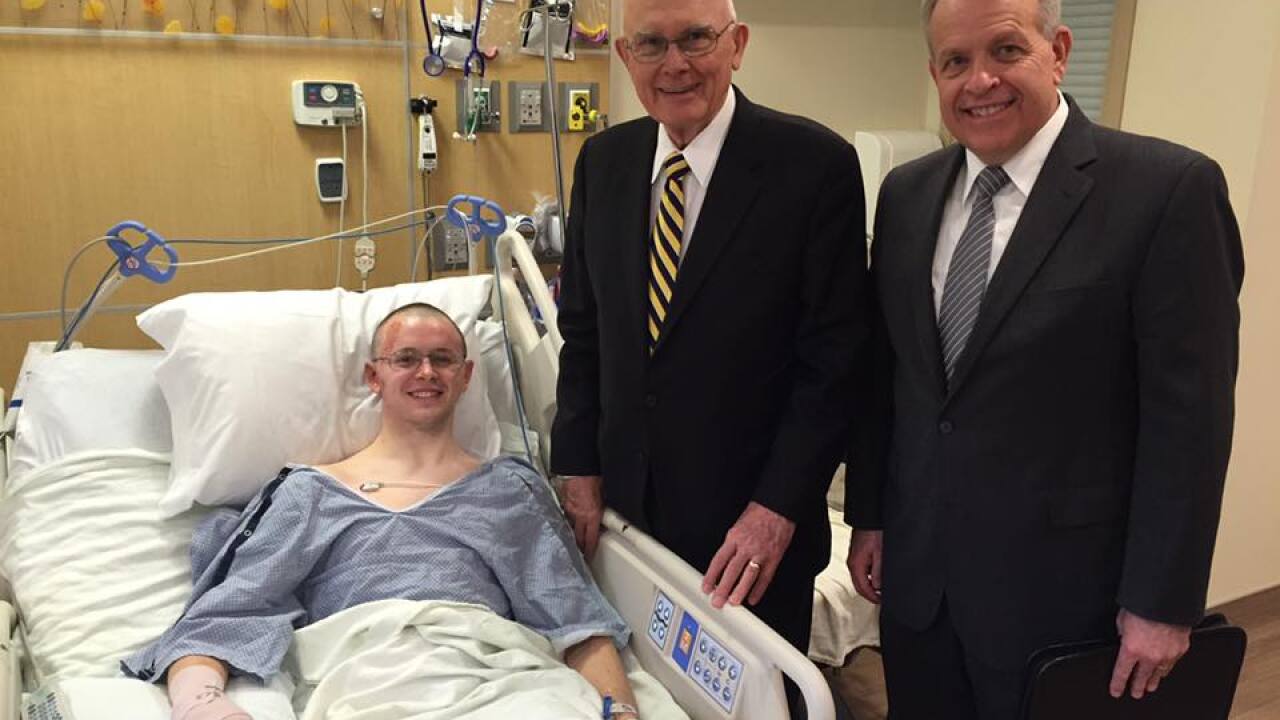 LDS leaders visit Elder Mason Wells and his family at the U of U Hospital Burn Center on March 30. Images courtesy Jeanette Waite Bennett via Facebook. 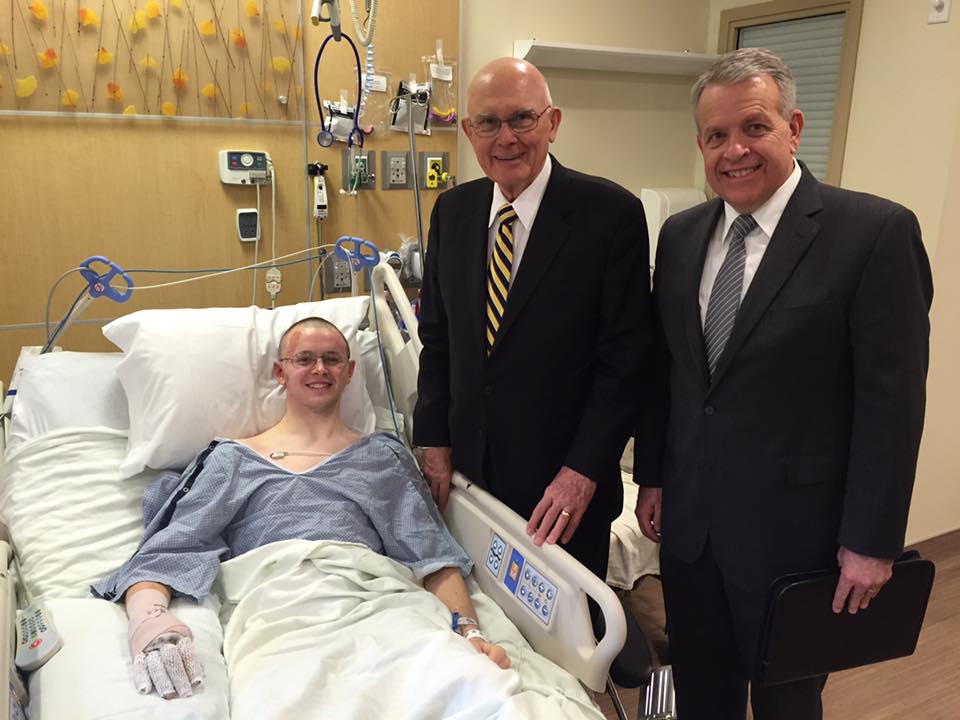 SALT LAKE CITY — Leaders from The Church of Jesus Christ of Latter-day Saints visited an LDS missionary at University of Utah Hospital Wednesday, where the young man is recovering from wounds he suffered during the bombing in Brussels.

Elder Mason Wells, 19 of Sandy, is one of two Utah missionaries who have returned to Utah after the attacks. A third missionary from Utah remains in Belgium, as does a sister missionary from France.

Wednesday, Elder Dallin H. Oaks of the LDS Church’s Quorum of the Twelve Apostles and Elder Brent H. Nielson, Executive Director of the Missionary Department and a member of the First Quorum of the Seventy, visited with Elder Wells and his parents at the burn center at U of U Hospital.

According to a Facebook post from Jeanette Waite Bennett, a family spokesperson, the family said Oaks was “very personable and funny” during his visit. The LDS leader also reportedly told Elder Wells that “The Lord is pleased with his service and that it may never be known all the ways Mason’s experiences and testimony have impacted others for good.”