Photos: Stunning star-trails taken from orbit above the earth 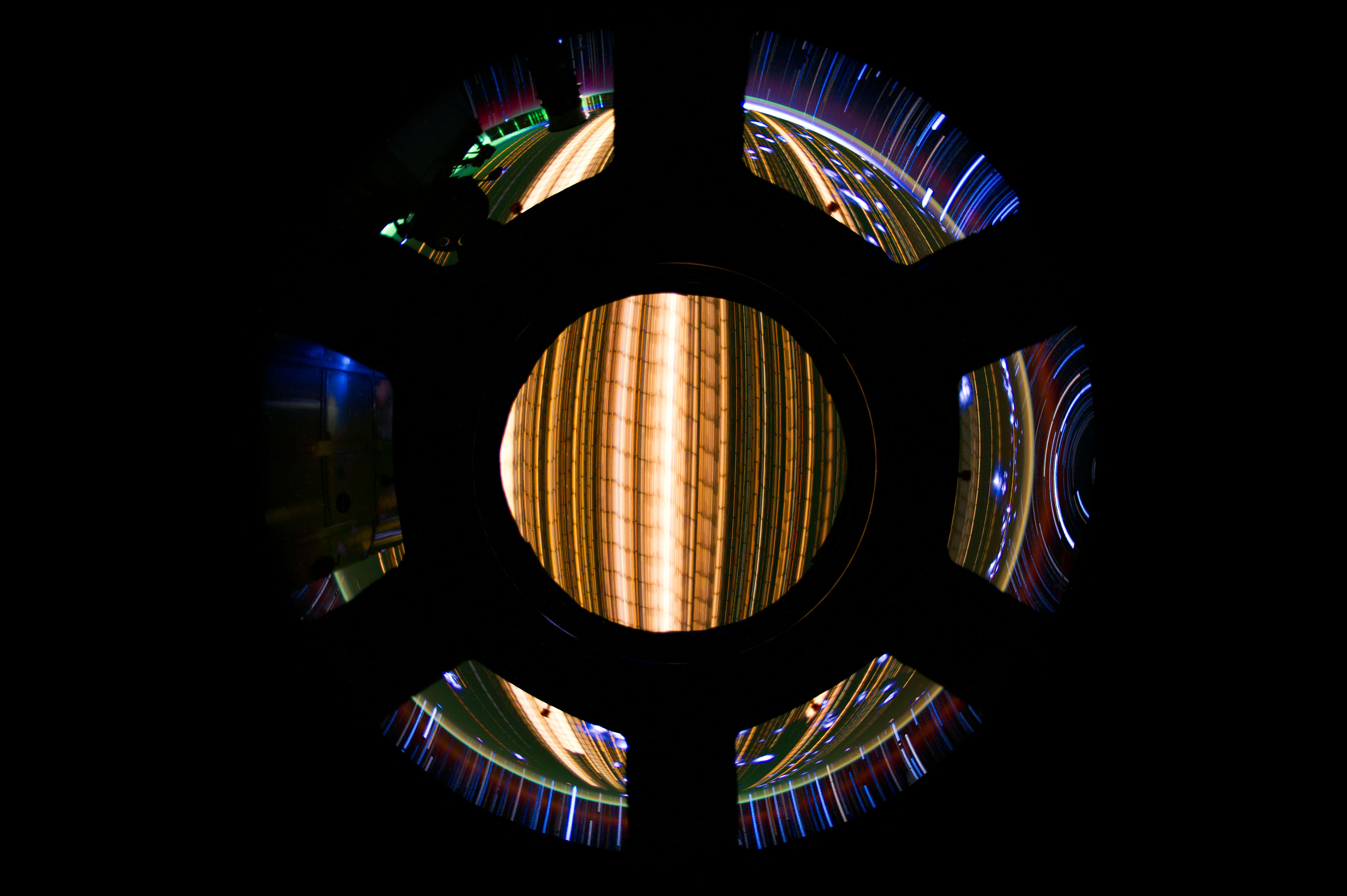 NASA’S Expedition 31 Flight Engineer Don Pettit recently shared some amazing photos he captured while aboard the  International Space Station (ISS).  The images show light from many cities ISS passes by while it orbited the earth at about 8K a second. The green  haze hovering above the earth are auroras and many of the streaks of light are star trails from meter showers. The 36 images use a photographic technic of long exposure to capture the movement of light as the space station passes by the earth.

Pettit posted the photographic techniques he used to achieve the images: “My star trail images are made by taking a time exposure of about 10 to 15 minutes. However, with modern digital cameras, 30 seconds is about the longest exposure possible, due to electronic detector noise effectively snowing out the image. To achieve the longer exposures I do what many amateur astronomers do. I take multiple 30-second exposures, then ‘stack’ them using imaging software, thus producing the longer exposure.”

Below is a Film by SmugMug Films showing how Don Pettit captured his breathtaking images.

For other stunning images and stories from the International Space Station Click Here.