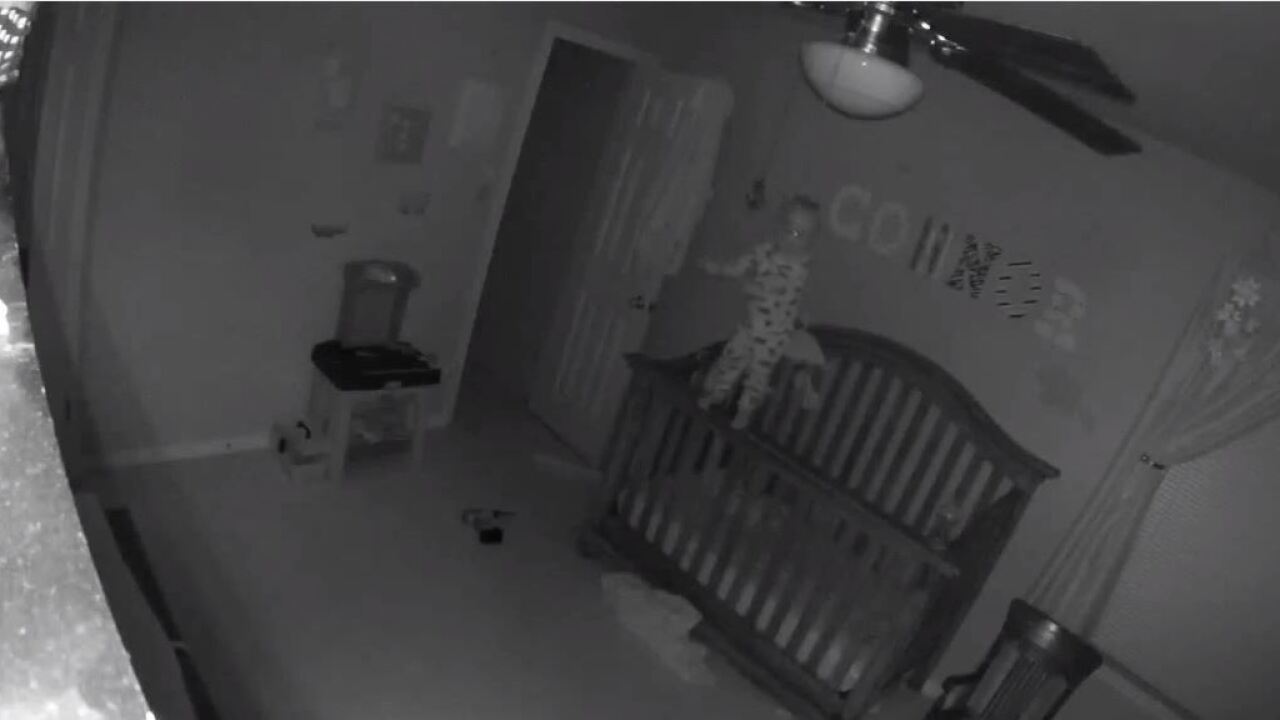 A YouTube video of a toddler screaming while balancing on the railing of his crib has gone viral, with the footage being viewed more than 2 million times since it was posted in March.

The child can be seen climbing up onto a crib railing while crying, and from there the child seemingly balances on the precarious precipice while screaming loudly. Between the incredible balance and glowing eyes, some commentators online have suggested the baby is possessed–but his parents insist the footage is real and nothing strange is afoot.

According to a video interview posted by AOL, Connor’s parents say the glowing eyes are simply due to the camera’s night vision, and they say the video is “100 percent real.”