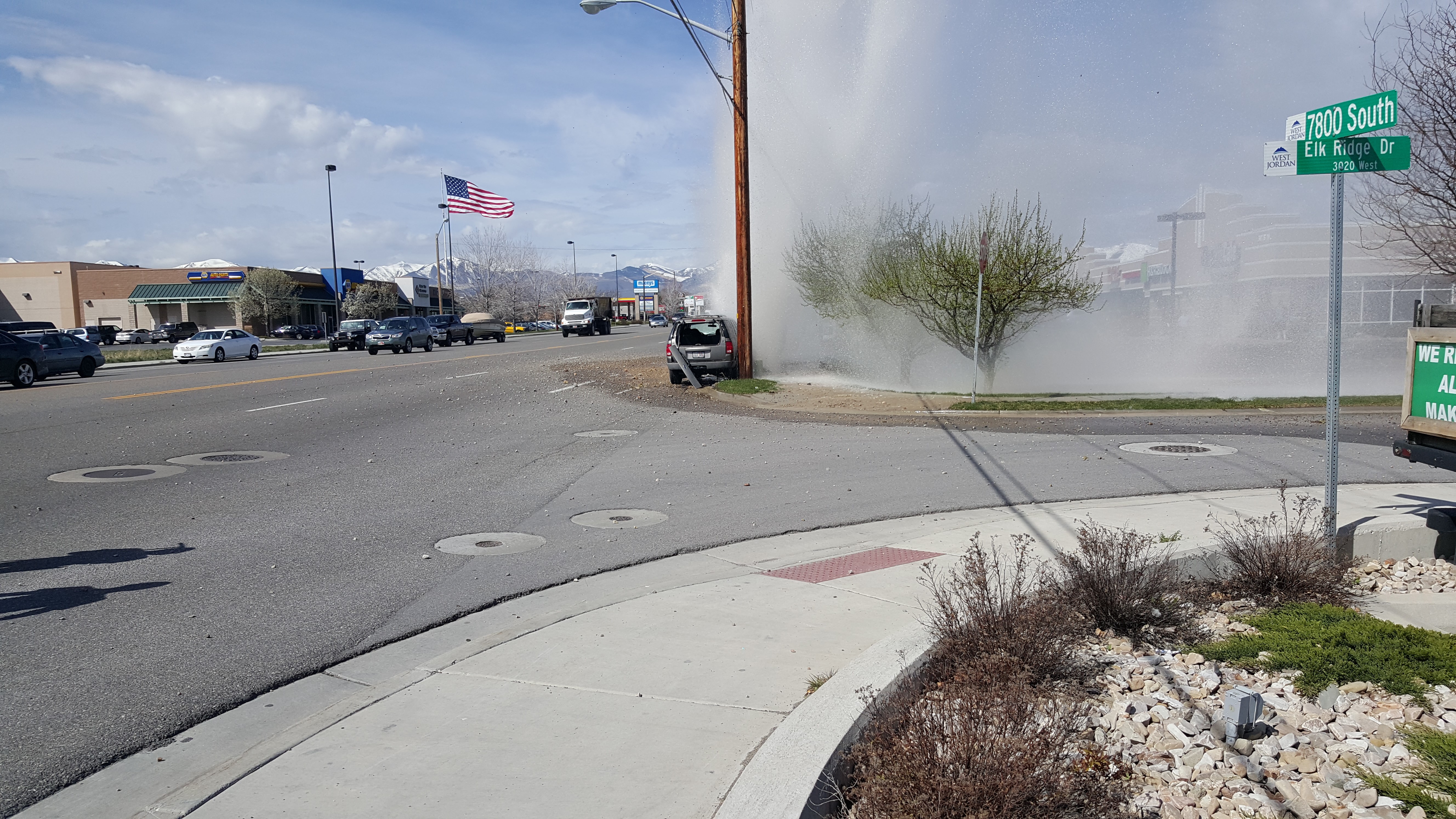 WEST JORDAN, Utah – Water covered a West Jordan intersections and surrounding areas Monday after a woman in her seventies hit a fire hydrant.

Officials have not said what caused the woman to hit the hydrant or if she was injured.

WJPD is working on a vehicle crash that broke a fire hydrant, causing a water line break at approximately 3000 W 7800 S. Avoid the area.