WEST VALLEY CITY, Utah - Authorities are working to save a number of animals after a home caught fire in West Valley City early Wednesday morning.

Firefighters said the family renting the home left a fire burning in the fire place overnight to keep the snakes warm and that is what likely caused the fire.

Fire crews found the garage engulfed in flames and spreading to the house at 7105 West Kings Estate Drive at about 1 a.m.

West Valley Fire Battalion Chief Joe White said, "It took about 15 minutes to get the fire under control; the fire moved into the house and was in the attic as well as the basement."

Officials said the family living in the home got out but two cats and two snakes didn't make it.

A third snake is badly burned and may not recover.

Firefighters said most of the family's other pets survived including two large Burmese Pythons that managed to escape on their own. 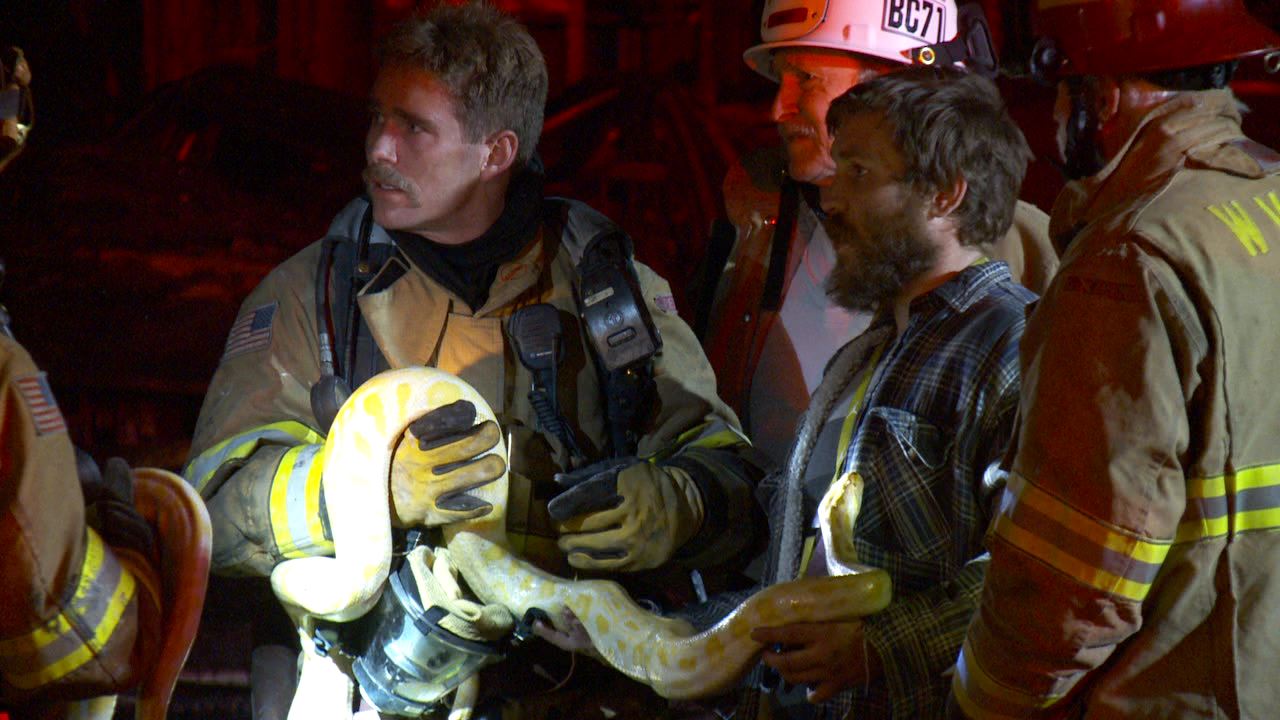 The homeowners had over a dozen pets in the home including three ferrets and dogs.

Utah Reptile Rescue came to help get the snakes from the damaged property's basement.

Officials said, since none of the snakes are more than 10 feet long, they are considered domestic pets and no special permit is needed.