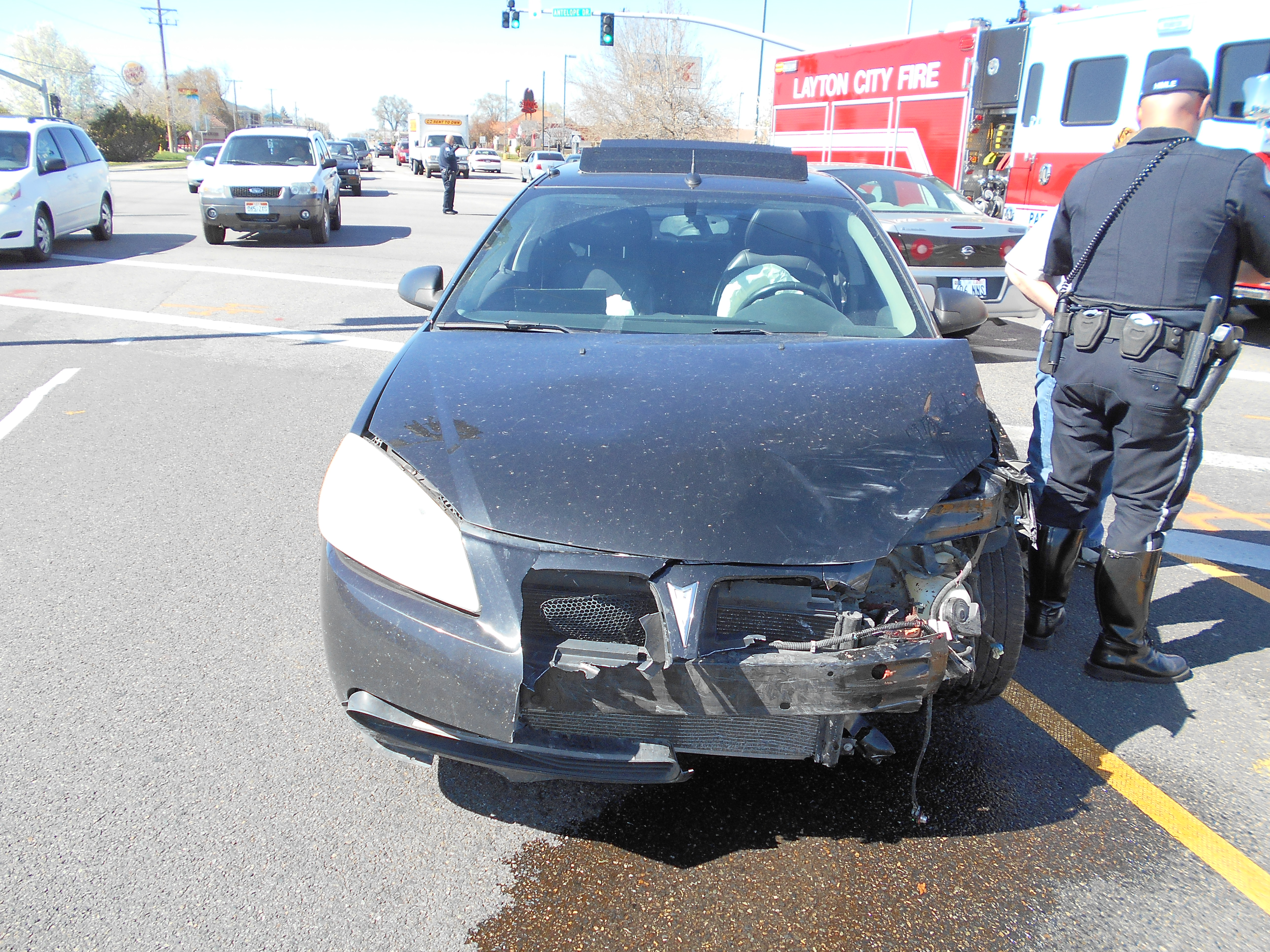 LAYTON, Utah — An officer on his first day on the job with Layton Police Department applied a tourniquet to a motorcyclist who was injured in a crash Thursday afternoon.

As a light turned from yellow to red, Bobrowski said a motorcyclist moved to an outside lane and attempted to accelerate through the intersection. Two vehicles in the turn lane traveling the opposite direction struck the motorcycle as they attempted to follow through with left turns on that yellow light.

The motorcyclist suffered a compound fracture on his leg and was losing a lot of blood, so Layton officers who responded applied a tourniquet prior to the ambulance arriving. The motorcyclist was taken to University of Utah Hospital in serious condition.

Bobrowski said the officer who applied the tourniquet had recently been hired and was on his first day riding along with Layton PD. While new to Layton PD, the officer is not a rookie.

The driver of one of the cars that hit the motorcycle suffered some neck pains. There were no further reports of injury.