Man wanted for fatal shooting in Salt Lake turns self in

SALT LAKE CITY - Three men are in police custody after an 18-year-old man was shot and killed in a Salt Lake City home Thursday night.

Police responded to the area near 211 Cornell Street around 7:30 p.m. after receiving calls of shots fired.

Family members were visibly shaken up, and while they didn't want to speak on camera, they shared their story with FOX 13 News.

A man in the home said his son's friend, the victim--later identified as 18-year old Jose Javier Fernandez--was hanging out at their house when the shots were fired.

Neighbors and those nearby heard the scene play out.

"We heard a bunch of arguing, some talkative commotion going on," said Caleb Swasey, whose friend lives across the street.

Swasey says the arguing and fighting happened right before the gunshots.

"I heard a bunch of what I thought were firecracker sounds," said Tim Cantwell, who lives across the street.

The man who lives in the home said two teens in the family were home at the time, along with Fernandez. He said the two ran into the bathroom and called police.

While police arrested James Williams and William P-Graham, both 20 years old, they were looking for a third suspect until he turned himself in.

SLC PD said they don't know what prompted the shooting, and are still unraveling what happened, and why.

While investigators sort it all out, the shooting leaves neighbors worried.

"Bit concerned for everyone that lives over there," Cantwell said. "It's kind of scary to think about when it just happened right next to me." 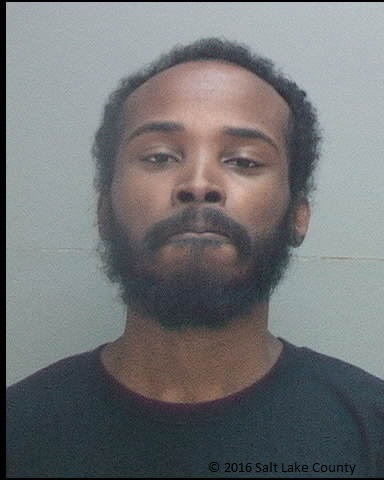