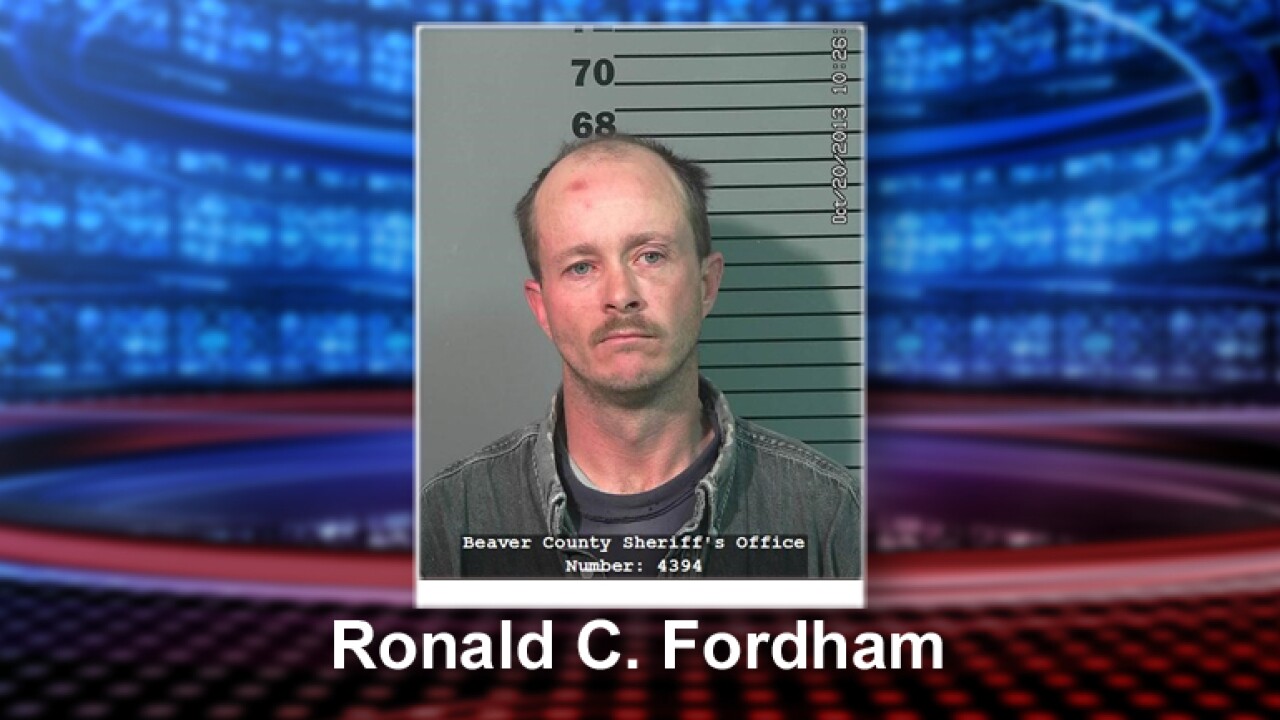 BEAVER COUNTY, Utah — Police in Beaver County responded to a home Saturday after someone reported a woman’s life may be in danger, and a man was booked into jail after his girlfriend was found shot to death at that home.

According to a press release from the Beaver County Sheriff’s Office, a concerned citizen called police Saturday night to report a woman may be in danger due to her live-in boyfriend.

Officers responded to the residence, which is in a rural area near “B” Mountain southeast of Beaver City. When officers arrived, they found the woman dead due to gunshot wounds.

Sheriff Cameron Noel identified the deceased as Desiree Shotwell and said the woman is in her mid ’40s.

Her boyfriend, identified as Ronald Cory Fordham, was also present at the home and was taken into custody.

The release states the case is being investigated as a domestic violence homicide. Fordham is being held in the Beaver County Jail on suspicion of murder, while formal charges will be screened by the Beaver County Attorney’s Office.

There weren’t any other people inside the home when the shooting took place. The couple has been together for many years and has an adult child, but they were never married.

Noel said a friend of the suspect called authorities after Fordham called him and said things that led the friend to believe something had happened to the victim.

Anyone who is in danger or in need of help regarding domestic violence can call the Utah Domestic Violence Hotline at 1-800-897-5465. In an emergency, dial 911.

For more information about the Utah Domestic Violence Coalition and the resources they offer, click here.