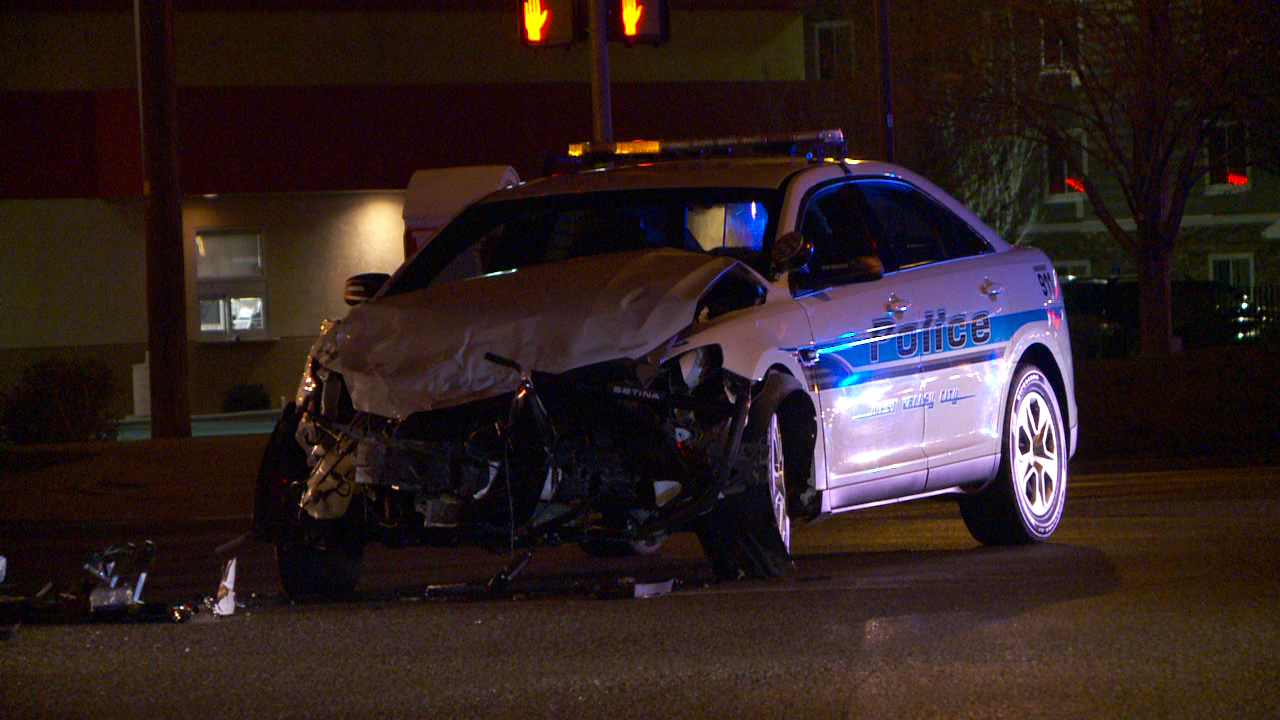 WEST VALLEY CITY, Utah – Police responded to an accident involving one of their own officers early Sunday morning, and there were no injuries in connection with the crash.

The crash occurred at the intersection of 3500 South and Redwood Road in West Valley City around 12:30 a.m.

Police say an officer was responding to a call and had activated his lights and sirens as he traveled eastbound, and he didn’t see a northbound vehicle that entered the intersection.

The two cars collided. Police say it’s important to exercise caution when you see or hear emergency lights and sirens.

“If you see any police or fire personnel with lights and sirens on, your first bet is to push on the brakes and get over, like the law states,” said Lt. Amy Maurer of the West Valley City Police Department. “Get over to the right, or get out of the way of the responding personnel.”

Police said the officer was driving at caution speeds as he entered the intersection, and there were no injuries as a result of the crash.