Chimp breaks out of zoo for potentially shocking adventure

JAPAN - A chimpanzee went on a potentially shocking adventure.

A male ape named "Cha-Cha" escaped from a zoo in Japan and was on the loose for about two hours before climbing a utility pole.

The chimp perched on top of the pole and dangled from power lines before it was eventually shot with a sedative and plunged into a blanket supported by workers below.

Animal welfare officials said the chimp was not injured and is safely back at the zoo.

Zoo officials are investigating how the 24-year-old chimp escaped. 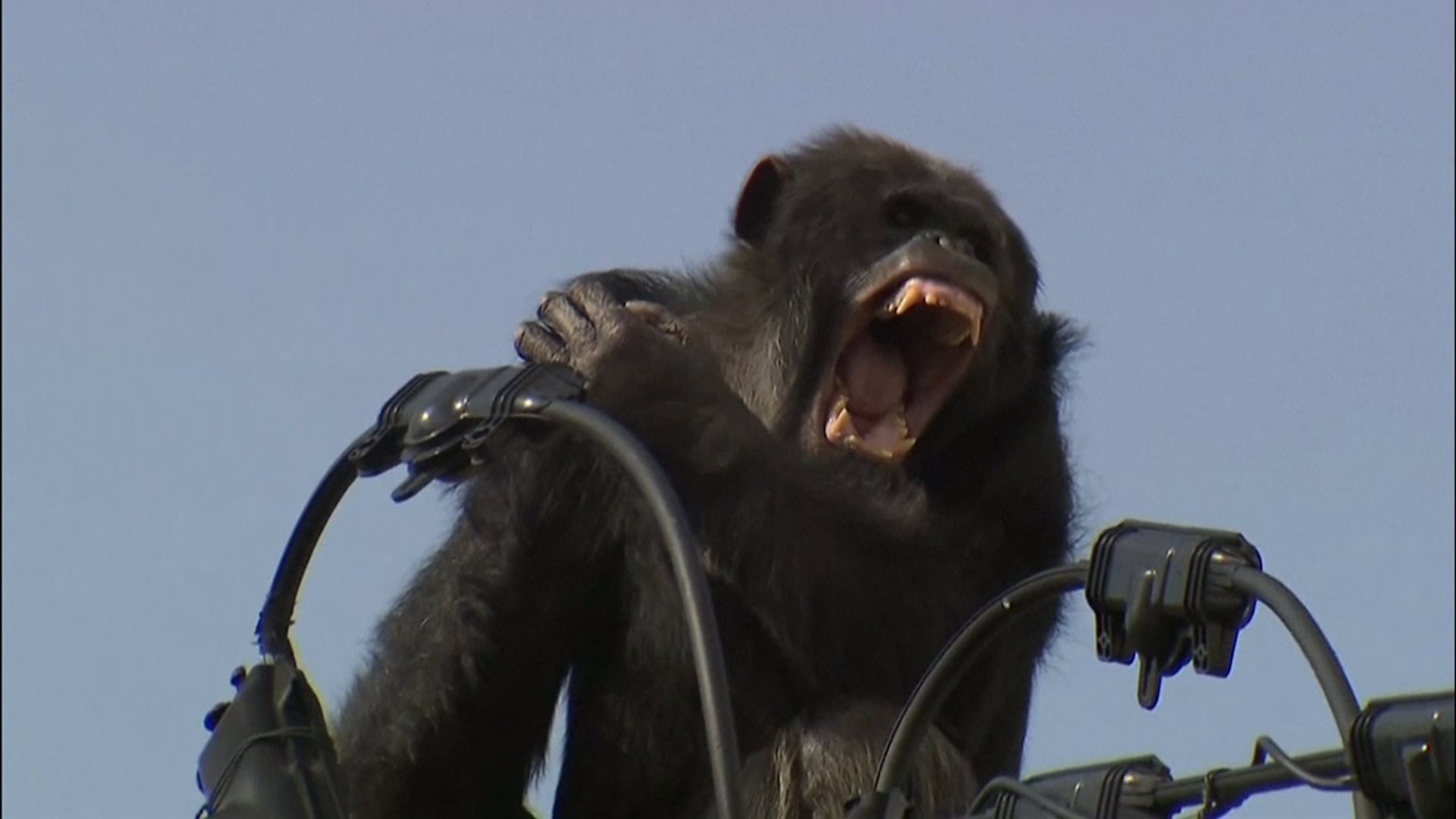