Truck carrying 1,000 gallons of propane rolls down street in Eureka 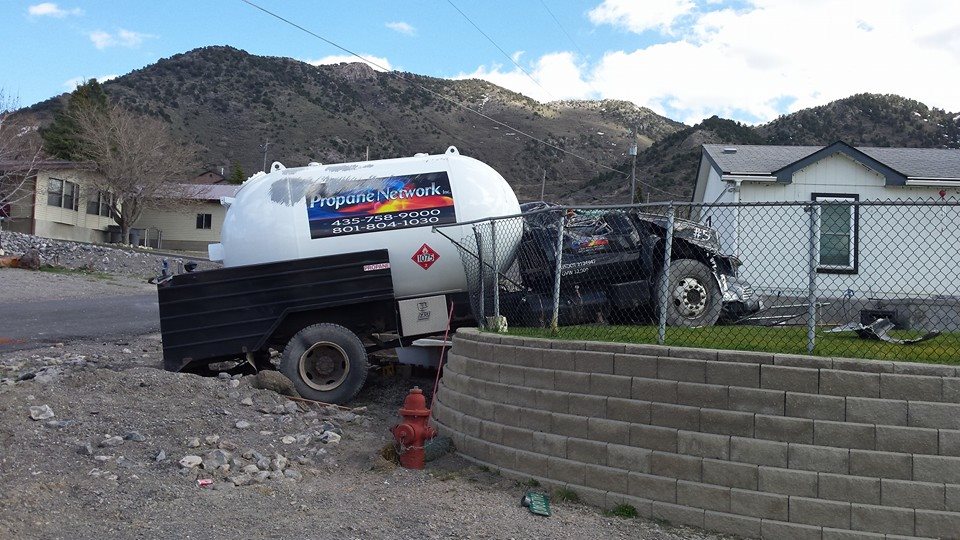 JUAB COUNTY, Utah — Residents and elementary school students in a Juab County town were evacuated after a propane truck carrying 1,000 gallons of propane rolled down the street.

The incident occurred in Eureka, about 40 miles southwest of Provo, on Monday afternoon. The driver of the truck got out to check an address when he heard a loud snapping noise and saw the truck start to roll down the street, according to a Facebook post by the Juab County Sheriff’s Office.

“He chased the truck and couldn’t catch it,” the post indicates.

After rolling more than 690 feet, the truck came to rest on its tires after hitting a small, unoccupied car.

Residents in the area and students at Eureka Elementary were evacuated as a precaution.

The propane was transferred to another truck.

“Although damaged, the tank was not compromised and no propane leaked from the truck,” according to the post.