Cement truck reportedly plunges about 100 feet into gorge in Toquerville 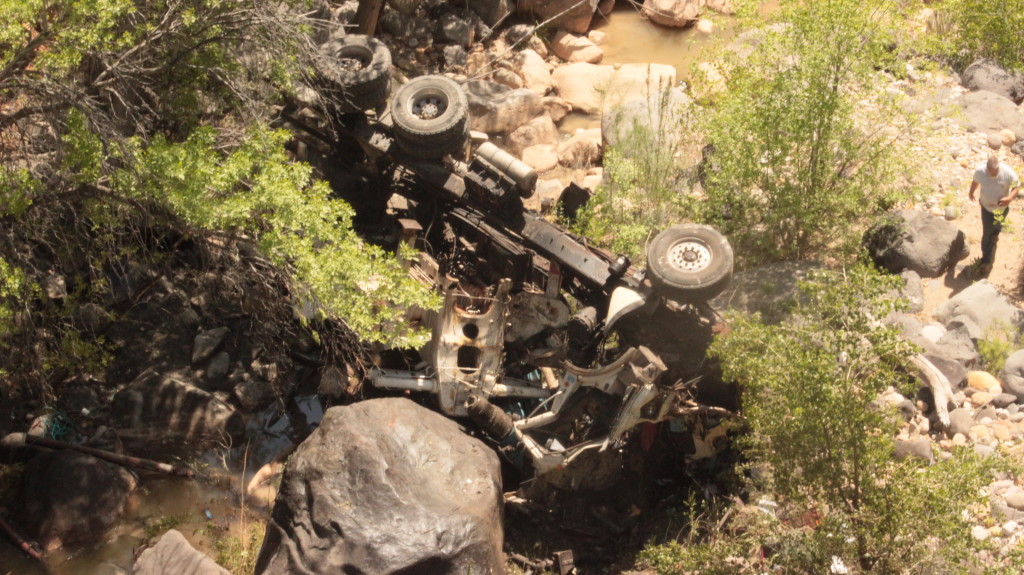 TOQUERVILLE, Utah — A cement truck reportedly fell an estimated 100 feet from the edge of a cliff and into a gorge at a construction site in southern Utah Friday.

St. George News reports the cement mixing truck was unsecured and unoccupied when the vehicle began moving away from the operator, who chased after it and tried to jump back inside.

A witness said the driver held onto the vehicle and was dragged for about 50 to 75 feet.

“…Once he was within, I don’t know, 50 feet, 40 feet of the cliff, Justin was just like ‘let go’ because he was still trying to get into that truck to stop it, and by that point it was going 20 miles an hour, maybe 30 miles an hour,” Josh Langston told St. George News.

The man eventually let go, and he was reportedly uninjured. The truck didn’t fare so well, however, as it reached the edge of the cliff and went over, plunging an estimated 100 feet into a gorge below.

Firefighters were at the scene cleaning up spilled diesel fuel after the crash. Visit St. George News for local coverage and more photos from the crash scene.