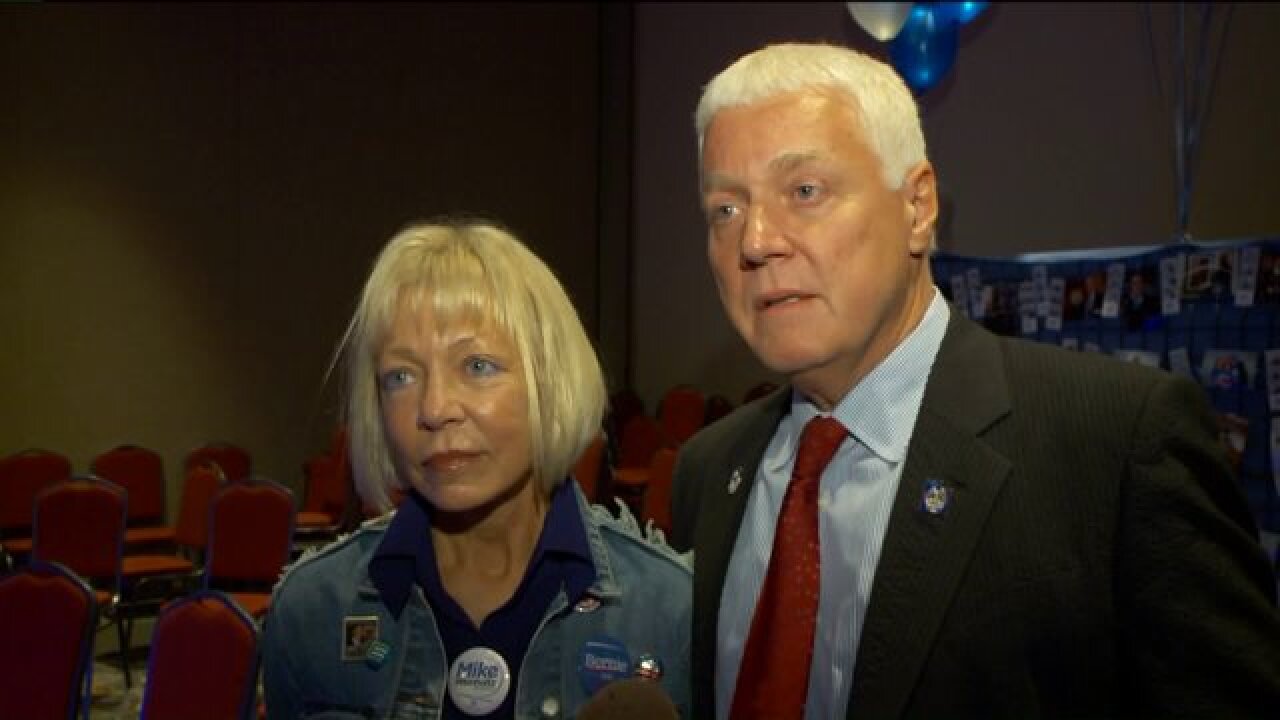 SALT LAKE CITY -- The Utah Democratic Party's nominee for governor stunned the state party convention by revealing that his wife is facing a criminal investigation for marijuana use.

"In the last 72 hours, we learned that my wonderful wife of 20 years, Donna, is under investigation for possession of marijuana," Mike Weinholtz told the crowd.

Weinholtz said his wife has been using marijuana to treat arthritis and chronic pain.

"She has only used cannabis for medical reasons to relieve her chronic pain," he said to cheers from the audience, adding: "The issue of medical cannabis touches everyone."

In an interview with FOX 13 on Saturday, Mike and Donna Weinholtz said they learned Wednesday she was facing an investigation by law enforcement and have been cooperative.

Mike Weinholtz said he disclosed it to the Utah Democratic Party Convention to be transparent, saying that if news broke of her medicinal marijuana use broke afterward it would appear "dishonest" to voters.

"We're happy to be the public face for this issue now and we hope it will help Utahns, which is why we got into this race in the first place," he said, hugging his wife.

Weinholtz said if elected governor, he would sign a medical marijuana bill. The Utah State Legislature considered the issue earlier this year, but the House did not pass any legislation. The issue will be back before lawmakers in the interim session.

After the disclosure, Weinholtz won the Democratic nomination for governor, defeating challenger Vaughn Cook with 80-percent of the delegate vote.

In other convention results, Misty Snow and Jonathan Swinton will face off in a primary race for the Democratic Senate nomination. The winner of that race will go up against incumbent Republican Sen. Mike Lee.