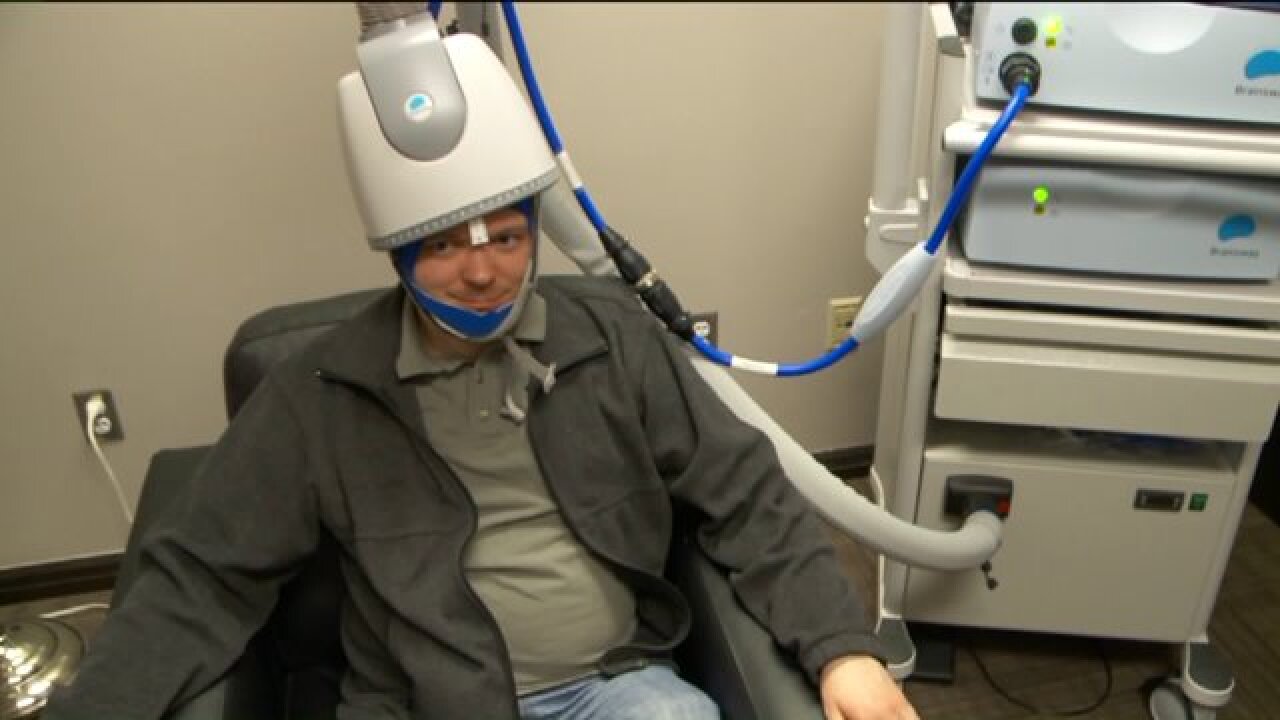 SALT LAKE CITY -- A new machine called "Brainsway" is helping treat depression without the potentially dangerous side effects of other methods.

Andrew Airmet has suffered from depression for years, and he has been in therapy and taken various medications. He said we was a bit leery of Brainsway at first.

“I was honestly kind of nervous, it's a pretty big machine, it's loud, makes a lot of noise, and I’d never heard of such a thing before,” he said.

“What that fancy term means is that we're going to use magnetic energy to direct a treatment to a part of the brain where depression is happening, in order to help people get better,” he said.

In 2013, the FDA approved Brainsway's use for treating depression. Treatments average around 30 minutes and the effects last about a month.

“After about two weeks I noticed that I was starting to feel a lot more positive, and I was actually excited to come in and get the treatments, where before I was just kind of dragging myself in,” Airmet said. “I noticed I could get up and go in the mornings, so there's definitely a very marked difference."

“We've seen about half of our people reduce their depressive symptoms by about 50 percent, which in depression terms is called that we had a response to the treatment,” he said. “As far as putting into remission, or getting rid of all of your depression symptoms, we’re at about 18 percent of our people who have been able to achieve that."

Half of the Brainsway patients will need some maintenance, but Andrew Airmet has this advice for anyone suffering from depression.

“If you've tried a number of things and they don't seem to really be helping, come try out Brainsway,” he said.