Man in bear suit goes to TV station, claims he has bomb

BALTIMORE, Maryland – It was a tense situation in Baltimore when a 25-year-old man, dressed in a bear costume, showed up at a local TV station claiming to have a bomb Thursday.

Authorities surrounded Fox 45 and tried to negotiate with the suspect who sported a surgical mask and sunglasses along with his animal disguise.

This is a look at #Fox45 suspect. Police plan to sweep building now that suspect has been removed from scene. pic.twitter.com/fKZ3FB36C2

Correction: security guard (who spoke with suspect for 45 minutes) said it was a hedgehog onesie with red vest and what looked like a bomb.

The man went into the station, was greeted by a security guard and demanded the news channel cover a story about a government conspiracy.

Authorities said it appeared the suspect had wires coming from inside the suit.

More from our security guard – guy holding something that looks like a trigger in his hand. Says he's upset w'govt pic.twitter.com/QSTwV5KVqS

Police: Suspect was not wearing an actual bomb, it was a replica including chocolate candy bars wired to one another.

Police: Suspect had a surgical mask, a jacket, and a red flotation device with chocolate candy bars wrapped in aluminum foil and wires.

When the building was evacuated, officers ordered the man to take his hands out of his pockets.

He refused and kept walking so they were forced to shoot him three times and he fell to the ground on the fourth shot.

Police said the suspect is still alive in serious condition.

Police: Three officers fired and struck the suspect. He is listed in serious condition. Is expected to survive.

According to Baltimore officers, the man may have set fire to his own car before going into the TV station. 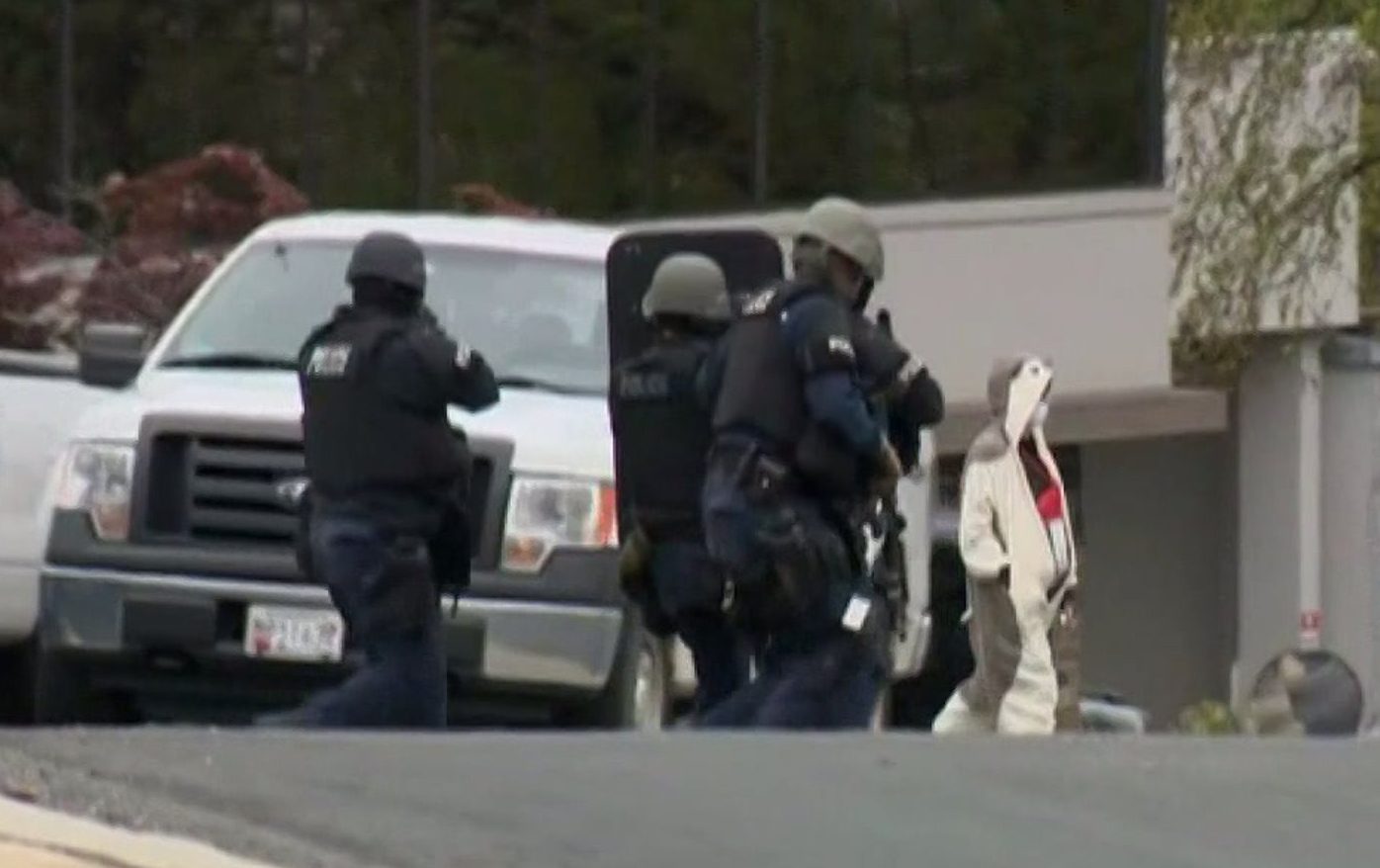