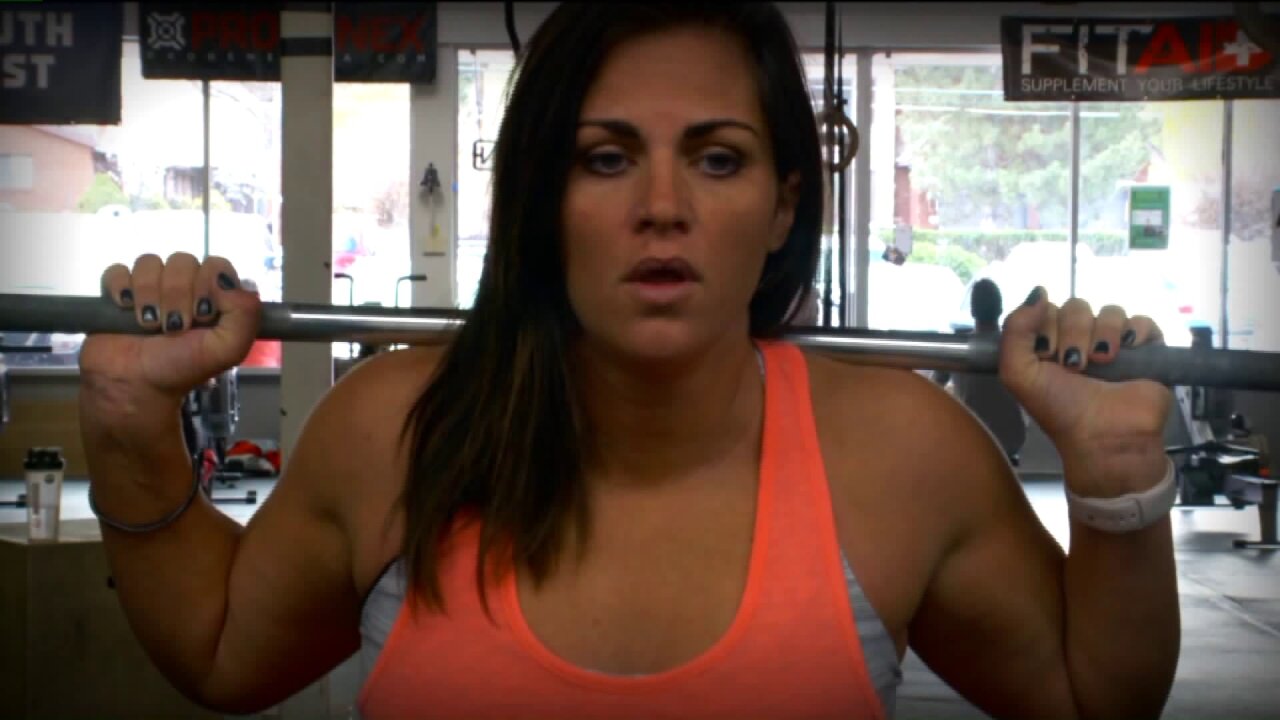 PROVO, Utah — Pregnancy can make you sick, slow you down or even leave you bedridden. But some women aren't letting a baby on the way get in the way of their daily CrossFit routine. Lifting for two all the way up until the day they deliver.

It's 9 a.m, and the day is just beginning for the crew at Vitruvius CrossFit in Provo. Six days a week, never missing a beat. Barbells, deadlifts, and squats. It's a high intensity workout, not for the weak.

Chrisi Hammer has caught the CrossFit craze, and not much can stop her from missing a class.

“Everyone just keeps teasing me that I have this pregnancy strength, cause I`m stronger now than I was before I got pregnant," Hammer said.

Hammer joined CrossFit two years ago, as a way to get the baby weight off from her previous pregnancies, and the results were incredible.

So when Hammer and her husband Matt announced baby number three would be joining their blended family, the very next morning they were back at the gym.

On her first pregnancy, she gained almost 80 pounds, this time around only 30. The only thing she's done different is CrossFit.

”We had one woman, whose water broke here in the gym and she went straight to the hospital," Rechman said.

But these workouts aren't coming without controversy, attracting heavy criticism on social media. Many people are asking if these workouts are safe and others are accusing the soon-to-be moms of endangering their baby

Emily Breeze a CrossFit games athlete and trainer, kept up her routine and fought back.

“I am completely baffled that people would think I’d do anything that would harm my baby ... I won`t allow someone`s uneducated opinion to deter my doctor-approved workouts," Breeze wrote in an Instagram post.

Dr. Erin Clark, a Maternal Fetal Medicine Physician with the University of Utah, says the criticism should be pointed elsewhere.

“There's a lot of concern actually leveled at them, saying 'What are you doing with your pregnancy and with your baby?', despite what we think is a safe activity. There's a lot less focus placed on those women who are sedentary in pregnancy and it probably deserves more focus," Clark said.

Clark said as long as there aren't any complications with the pregnancy, the benefits of exercise far outweigh the risks.

If you've been active with CrossFit before your pregnancy, you're more likely to be able to continue that type of exercise all nine months.

However, doctors recommend that pregnant women modify their CrossFit exercise.

Experts say the most important thing a mom can do is simply listen to her body.

“There's been a couple times, where I've been like 'Hey, sweetie, maybe take it easy a little bit.' But, she listens to her body and I've been really impressed by her," Matt Hammer said.

Chrisi hoped she would work out until the day or day before she delivered, and that's exactly what she did. On Monday morning, Chrisi and Matt welcomed baby Lucy into the world via C-section.

Since Chrisi had a C-section, her doctors told her lifting anything heavy is off the table for a while. But Chrisi plans to be back to CrossFit in about four to six weeks with some modifications.