MILLCREEK, Utah - A Unified Police K-9 Unit was shot and killed while officers were trying to arrest a suspect near 4300 South, 700 East Wednesday night.

Unified Police said the K-9 went in first to search for the suspect and was shot. Police then returned fire and moved back to set up a containment area.

"It`s a tragedy and our entire K-9 unit, our entire department is mourning the loss but thank God it wasn't one of our officers," said Salt Lake County Sheriff Jim Winder.

Authorities used tear gas to try to flush out the suspect, David Shane Anderson, and then were forced to go into the house again to find Anderson, who was hiding in a closet. Anderson had suffered gunshot wounds, but it isn't clear where they came from.

'We don`t know if they`re self-inflicted or caused by the exchange of fire. Following the officer involved shooting protocol, West Valley City Police Department has come out and they will be managing that investigation," Winder said.

Police arrested Anderson and took him to a hospital in critical condition.  Anderson was wanted in connection with a high-speed chase through Taylorsville last week. Police said he hit a patrol car and fled. Anderson has a long criminal history, including arrests for drug offenses.

During the standoff, four others who were inside the house immediately surrendered to officers, including the homeowner Gigi Parker, who said she had no idea her son’s friend was wanted by police.

“I am so sorry that dog got shot,” said Parker. “I am not sorry that man got shot.”

Parker suffers from the long term effects of a traumatic brain injury, and said she was shocked when police showed up at her door. She’d known Anderson for just a few months, but said he seemed nice.

But now, she’ll be more careful about who she lets in her home.

“It’s an eye opener,” said Parker. “My son is not allowed to bring anybody in my house again because look what happens.”

Parker said she has two dogs herself, which were taken as part of the police investigation. She’s not sure when she’ll get them back, but said her love of dogs has her mourning for Aldo as well.

UPD said they’ll have to buy a new K9 to replace Aldo, a cost of roughly $8,000. Those wishing to donate to the cause can do so through the non-profit group Friends For United Police. http://www.updk9.org/ 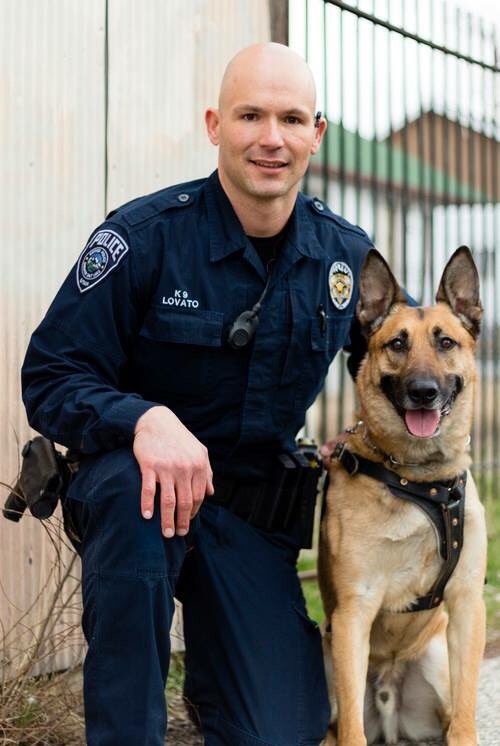