70 mph winds reported in Davis County, about 1,000 without power 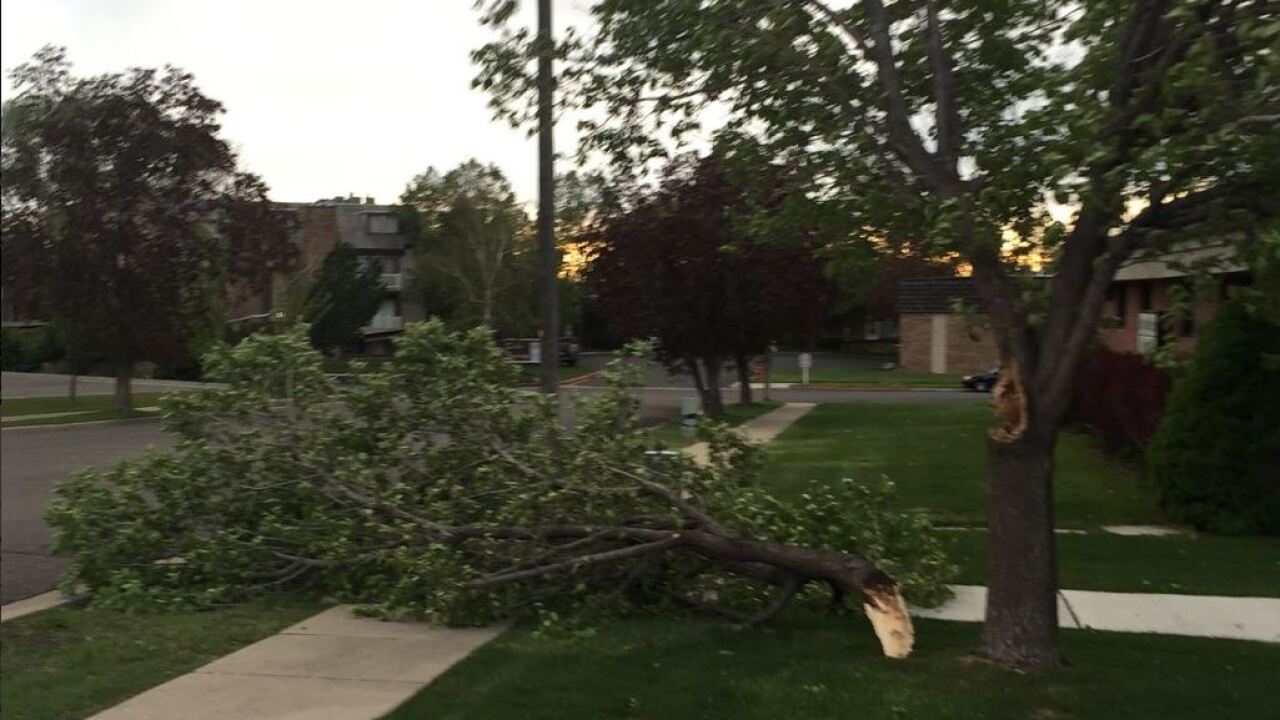 DAVIS COUNTY, Utah -- Davis County officials are warning residents to secure their belongings and prepare for power outages as high winds are expected in parts of Davis and Weber counties Saturday night and into Sunday.

According to a press release from the Davis County Sheriff's Office, high winds with gusts of up to 85 mph are expected through Sunday with the peak of the storm expected between 10 p.m. and midnight Saturday.

Just after 8 p.m., South Davis Metro Fire tweeted that the winds were picking up, and they encouraged residents in the area to remain indoors if possible. The National Weather Service tweeted that 59 mph gusts had been observed in Centerville and 70 mph gusts were observed in North Farmington near Park Lane.

Wind is picking up. Stay indoors if you can. pic.twitter.com/UByI8uPVlc

Around the same time, traffic signals were out on Parrish Lane and Main Street in Centerville. Rocky Mountain Power reported an estimated 2,233 customers in Centerville and West Bountiful were without power due to wind, but just before 10 p.m. that number was reduced to 1,333.

Look closely you see the power lines dangling in Centerville, power out for some areas of town @fox13now @cpdutah pic.twitter.com/jQ7jJa1INa

The press release from Davis County Sheriff's Office states wind speeds of up to 85 mph are possible, and they encourage residents to take precautions by:

The National Weather Service tweeted out a map showing areas where the winds are expected to be the strongest. The advisory includes areas in both Davis and Weber Counties.

Visit FOX 13's weather center for the latest on the developing weather conditions in your area.