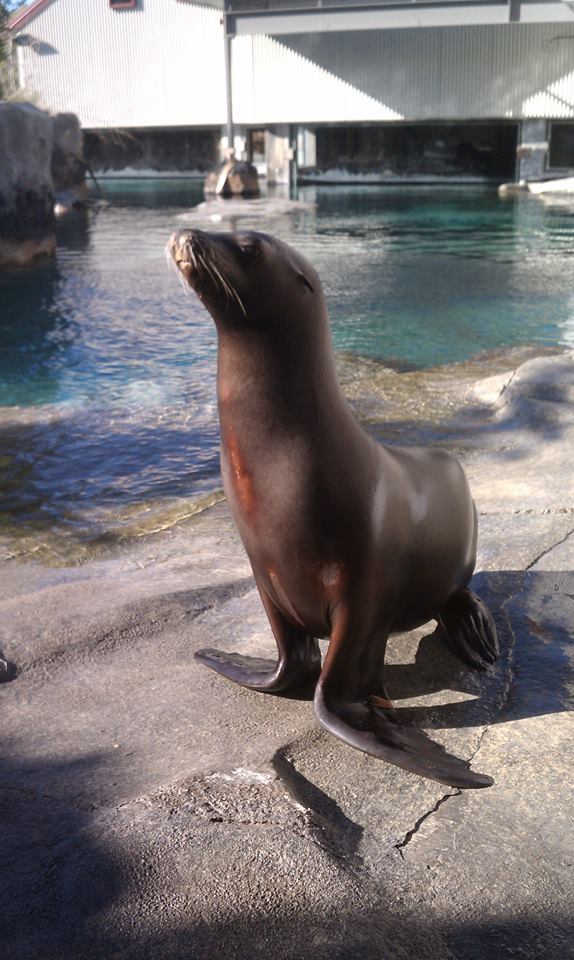 “We will miss him terribly – he was truly one of a kind,” a post on the zoo’s Facebook page said.

According to a Facebook posting by the zoo, Rocky had signs of infection and past strokes that may have been partly connected to trauma he suffered before his arrival at the zoo in 2012.

“If you remember, Rocky was found washed ashore in California where they found gas bubbles in his brain. He was only the second animal diagnosed with the rare condition,” the posting said.

Hogle Zoo officials said Rocky lived longer than expected and he showed a strong determination to learn new behaviors, despite his learning challenges.

“Rocky was the most earnest animal,” said Michelle, one of Rocky’s keepers, in the Facebook post. “He was always willing to try new things and he was so eager to do anything asked of him. Even when we were frustrated, Rocky was all in – he was right there trying hard; he would try and try. He never gave up.”

Leave your memories and stories about “Rocky” the sea lion below.