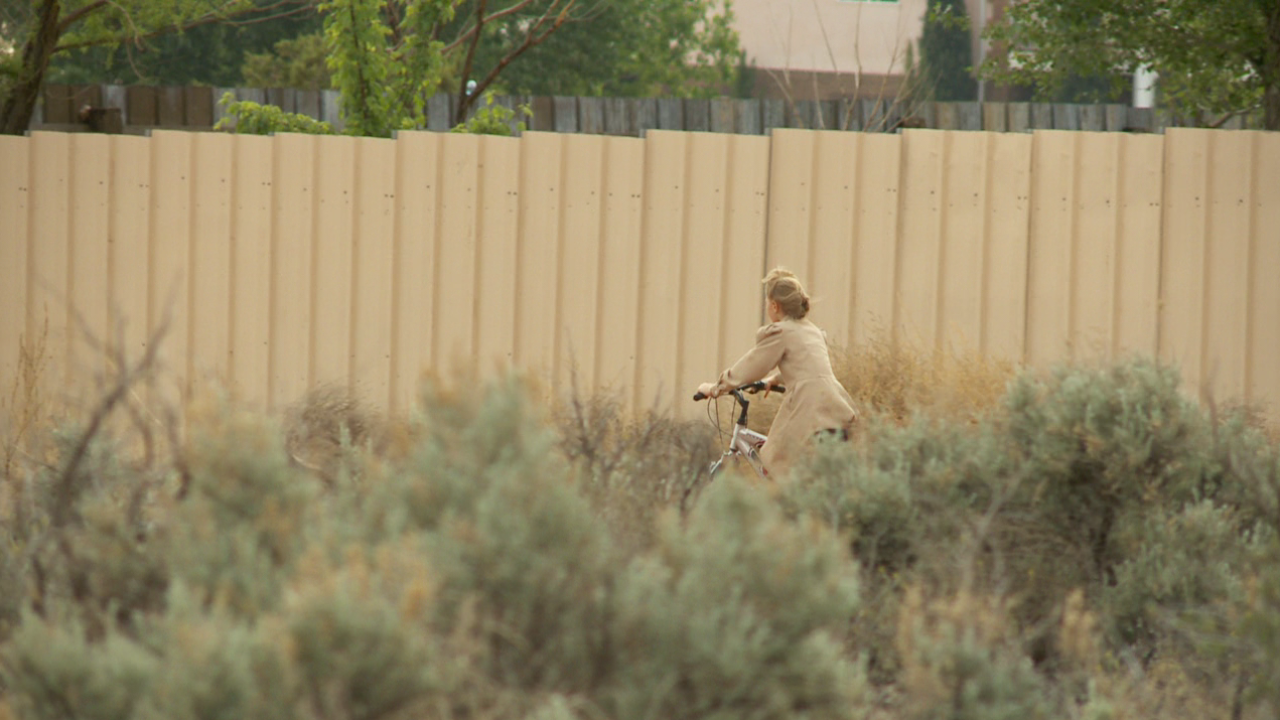 A girl rides a bicycle in the FLDS border town of Hildale, Utah. (Image by Aaron Kimbell, FOX 13 News)

HILDALE, Utah -- In an auto-repair shop a few miles outside of town, Phil Jessop gets to work on a transmission.

On the other side of the building, his wife, Donna McGinnis, takes an inventory of the bags of bread, cases of canned food, shoes and clothing stacked up. It's an unlikely location for a Christian ministry, but it's where the couple runs Southwest Recovery Mission Ministries, where they help people inside and outside the Fundamentalist LDS Church.

Every Thursday, the couple opens up the shop to people in the community, handing out food boxes, clothing and shoes.

"That's a huge need, especially for the children out here," McGinnis said, pointing to a stack of shoes. She described people using duct tape to make their shoes last a little longer.

RELATED: FLDS towns don't use the most food stamps -- but they get a lot of money

A girl rides a bicycle in the FLDS border town of Hildale, Utah. (Image by Aaron Kimbell)

Most of the people who show up on Thursdays are no longer in the FLDS Church, Jessop said. Any faithful member of the polygamous church could be excommunicated for reaching out to them -- so they devised a way around it.

"When we first started getting food to FLDS families, we had coolers buried out in the hay fields," he said.

The recent raid by federal authorities in Hildale and Colorado City has affected their work.

"We had 27 people our first week," McGinnis said. "We now average a little over 1,200. That does include children."

Eleven FLDS members and leaders -- including FLDS bishop Lyle Jeffs, the brother of imprisoned polygamist leader Warren Jeffs -- are charged with food stamp fraud and money laundering, accused of directing followers to turn over Supplemental Nutritional Assistance Program (SNAP) benefits to church leaders to do with as they wished. In FBI interviews, ex-members have claimed people were ordered to hand over everything -- including prescription drugs.

An excerpt from an FBI interview with ex-FLDS member Thomas Jeffs.

Federal prosecutors claim people would rack up charges on their SNAP cards and give it to the FLDS Church's storehouse where it would be handed out to "United Order" members.

A federal grand jury indictment claims the Meadowayne Dairy Store and Vermillion Cliffs produce engaged in "abnormally large" SNAP transactions, surpassing stores like Wal-Mart and Costco. An FBI interview with ex-FLDS Church member Dowayne Barlow said United Order members would swipe SNAP cards at the FLDS-run stores, but get nothing in return -- it went to the FLDS storehouse.

An excerpt of an FBI interview with ex-FLDS member Dowayne Barlow.

Ex-members who worked in the FLDS storehouse described to FBI agents food set aside for leadership, while the rank and file starved. In a deposition, Lyle Jeffs' ex-wife Charlene claimed they were eating "shrimp and lobster" while rank-and-file members lived off of scraps.

An excerpt of a deposition with Charlene Jeffs, filed in U.S. District Court in Utah.

Lyle Jeffs' cook told the FBI that things like meats and vegetables were set aside just for church leaders, while her own children "lived off of toast." Allene Steed described in the FBI interview "so much class distinction and shunning of people."

"Lyle and his family did not have to go through the difficult process of finding food at the storehouse," she told FBI agents. "They could make requests and then members running the storehouse fulfilled those requests, regardless of what they were. For most members, there was not enough supply to meet demand."

When supplies ran low, Steed claimed a blast phone call went out to United Order members to donate certain items to the storehouse, using their SNAP benefits. There was the threat of losing your united order membership or even your family if you didn't follow orders.

An excerpt from an FBI interview with Julie Jeffs, filed in court documents.

But all the depositions and FBI interviews said Lyle Jeffs strictly instructed followers not to lie to get on food stamps. Indeed, some said he asked members to do what they could to minimize scrutiny.

Jeffs' defense attorney, Kathy Nester, declined requests to comment outside court hearings in the case. In court, she raised a potential defense -- that FLDS members have a religious right to consecrate their property to their church. Already, the U.S. Attorney's Office has filed a motion with a federal judge to block them from claiming that right -- arguing SNAP benefits are strictly for household use only.

The judge has yet to rule on that.

Jessop said he would continue to offer food to people in need inside and outside the FLDS Church while the federal case goes to federal court. He described their work as more "underground," as they do it without the support of non-profit groups and nearby food banks, compiling donations where they can. McGinnis said they need canned food, meat and vegetable donations to help people in Hildale and Colorado City.

"The Holy Spirit told me 'Feed my sheep,'" he told FOX 13. "I know that's not just physical food, it's not just bread and meat. It's encouragement. Build people up."