Residents evacuated due to 3-alarm fire at Millcreek apartment complex

MILLCREEK, Utah -- Residents in several buildings at a Millcreek apartment complex were evacuated due to a 3-alarm fire Thursday. Authorities ruled the fire accidental, and said the flames ignited from smoking materials on a third floor balcony.

According to the Unified Fire Authority, the blaze broke out in the Monaco Apartment complex in the area of 4125 South 465 East in Millcreek around 2:30 or 2:45 p.m. Public Information Officer David Ulibarri said the fire fanned out from the balcony to a unit in the building. The fire then spread to a second building in the complex.

Residents in both buildings were evacuated, as were residents in adjacent Monaco Apartment buildings. Ulibarri said everyone made it out safely without injuries, though he said one person requested to be looked at for smoke inhalation.

Many residents didn't have time to think as they ran out of their apartments.

"My adrenaline-- 100% high," said Ruth Caceros, who lives in one of the two buildings. "Right away take my pets, birds and my rabbit, and go out [sic]."

Yousif Al-Timimi said he also grabbed what he could.

"I grabbed the most valuable thing I could think of at the moment, which is my laptop... and got out with my wife," he said.

After everyone left the buildings, all they could do was stand across the street and wait, watching as flames and smoke took over their apartments. Al-Timimi wondered how badly damaged his family's apartment-- and belongings-- ended up.

"Standing here watching, observing, I saw the smoke coming out of my apartment," Al-Timimi said. "So, it definitely got burned."

Amid the chaos, a group of family and friends found a ray of hope. Several people bolted down the street toward two dogs fire fighters rescued from one of the burning buildings, letting out joyful cries as they reunited with the pups.

"We were able to recover two live dogs, they were still barking and jumping around and were active," Ulibarri said. Many other animals made it out okay, and he wasn't sure if any remain trapped in the buildings.

Ulibarri said the residents in the adjacent buildings were eventually let back into their homes hours later, after the fire was contained.

The Red Cross initially estimated 50 people living in the 24 units between the two buildings that caught fire were displaced. The Red Cross stepped in, setting up an assistance station at the Millcreek Stake Center. They provided dinner and met with families.

"We're going to sit down with them one-on-one and help get them through it-- food, clothing shelter," said Rich Woodruff, Communications Director for the Red Cross. "Just come up with a plan, a recovery plan."

He said the Red Cross is making sure these families, and their pets, have a place to sleep and the right supplies to get through the next several days.

At the end of the night, Woodruff said they officially opened cases with 25 people to help them with immediate emergency assistance, including temporary housing funds that would cover clothing, food and other needs like replacement prescription medications and eyeglasses.

He said the next step is to help those people get back on their feet for the long-term.

For Al-Timimi and Caceros, they're just glad they made it out okay.

"We are alive, the most important-- my life," Caceros said.

Ulibarri said 25 units and around 80 firefighters responded to the scene. 500 East stayed closed for the entire afternoon and evening, before reopening around 9 p.m.

He also said fire crews will watch the burnt buildings overnight to deal with any flare ups, and won't leave until morning at the earliest. 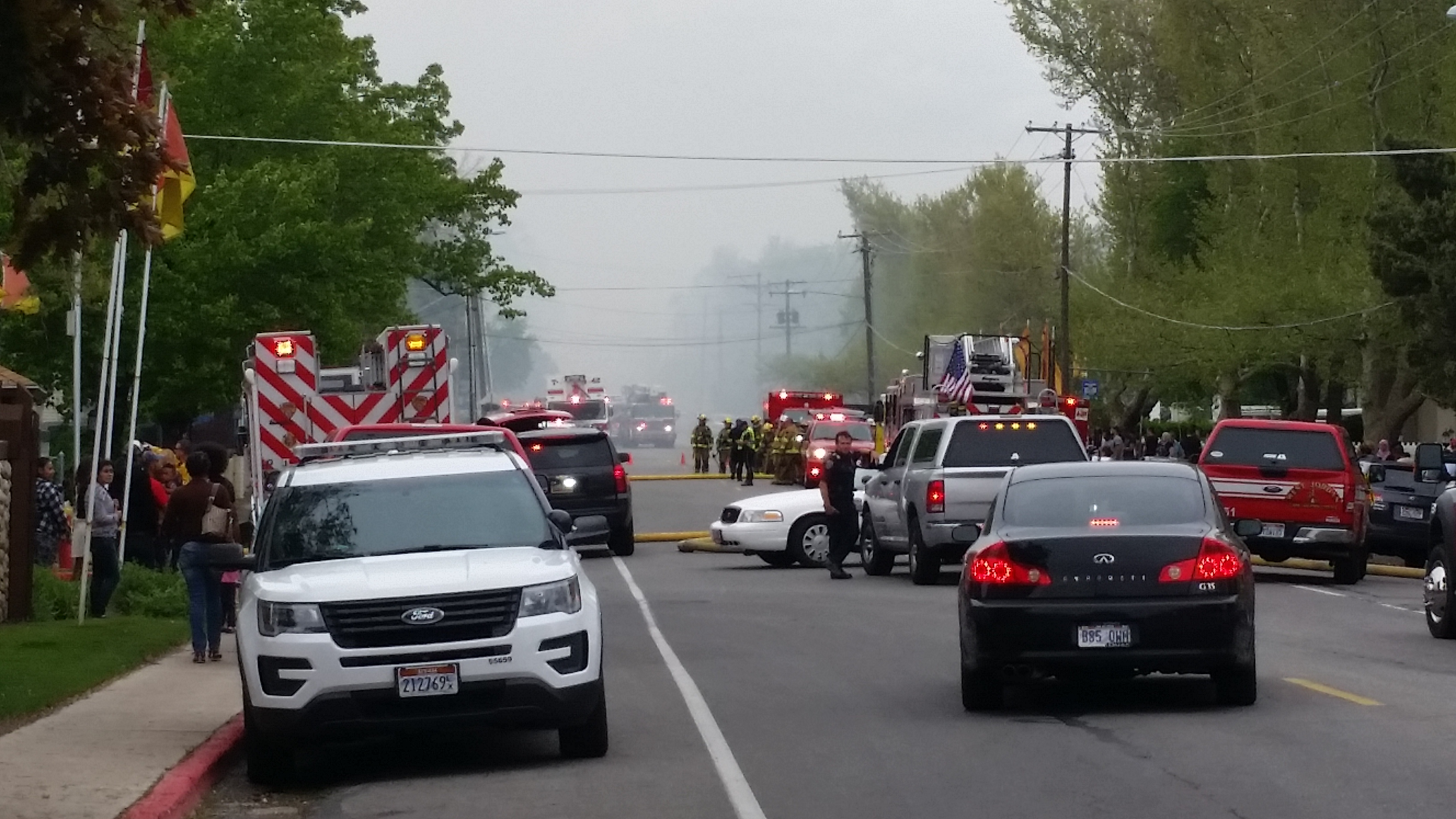