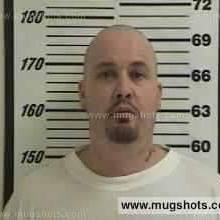 TOOELE, Utah — Police in Tooele City are searching for a man they said should be considered armed and dangerous after a gunshot was fired following a fight at a convenience store early Thursday morning.

Police are seeking 38-year-old Vernal Wright of Tooele, who is described as a white man who stands 5-feet, 9-inches tall and weighs 240 pounds. He has tattoos covering his hands and arms and more tattoos on his head and neck.

According to a press release from the Tooele City Police Department, a 32-year-old man was involved in an argument with Wright and a woman at a 7-Eleven, 975 North Main St., Thursday at about 1:30 a.m.

Wright and the woman got into a white Pontiac and left the area, and as he was driving away Wright allegedly produced a handgun and fired a single shot at the victim. The bullet did not strike anyone.

Police have not yet located the vehicle, but they have identified the driver as Wright. Anyone who sees the man should not approach but should instead contact Tooele County Dispatch at 435-882-5600 or by texting TOOELETIP plus the text of their message to the number: 274637. In emergency, dial 911.