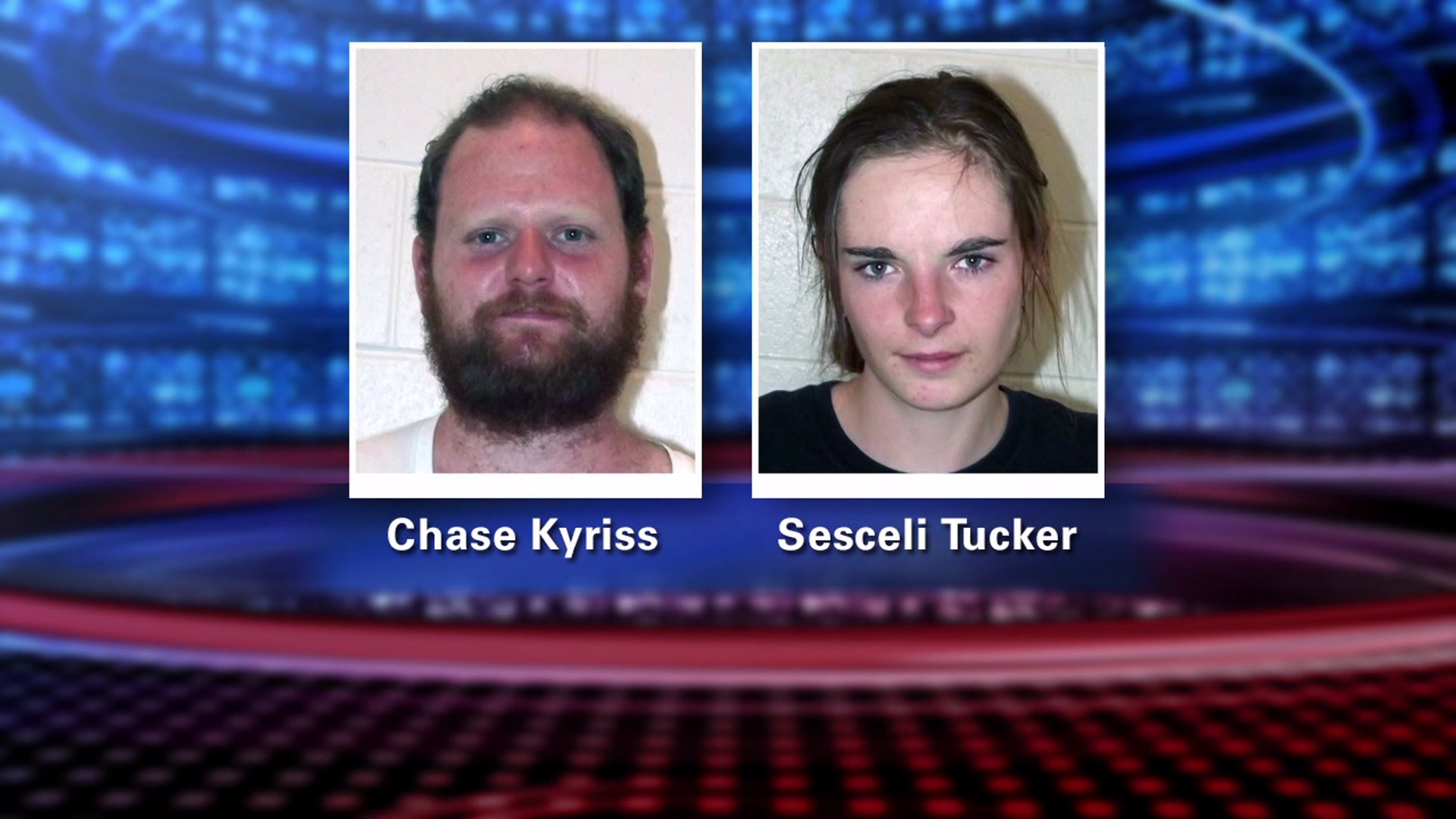 Chase Mitchell Kyriss and Sesceli Dawn Tucker, AKA Wilson, were booked into jail, and a third adult male has been referred to the county attorney for possible charges.

Police were investigating reports of burglaries at camp trailers, primarily vehicles parked in alleyways in the northeast area of Price. That investigation led them to a local recycling business, where more than a dozen stolen batteries were located.

Police developed leads on the suspects after visiting the business, and the three individuals were interviewed. One male suspect allegedly told authorities they were stealing the items to sell for cash to buy heroin.

Kyriss, 24 of Price, was booked into jail on charges of possession of stolen property, vehicle burglary and conspiracy. He has a prior conviction for aggravated burglary and is currently on probation.

Tucker, 21 of Huntington, was booked on the same charges as Kyriss, and she also faces a charge of possession of drug paraphernalia. She has three previous arrests for charges including assault, child kidnapping and drug offenses.

The third individual, a 22-year-old man from Helper, did not have prior criminal charges and was not booked into jail but could still face charges in the case.

Aside from batteries, the suspects also stole a chainsaw and a radiator. Police believe there may be victims out there who may not realize their camp trailers have been burglarized, and anyone who believes they were a victim should call police at 435-636-3190.