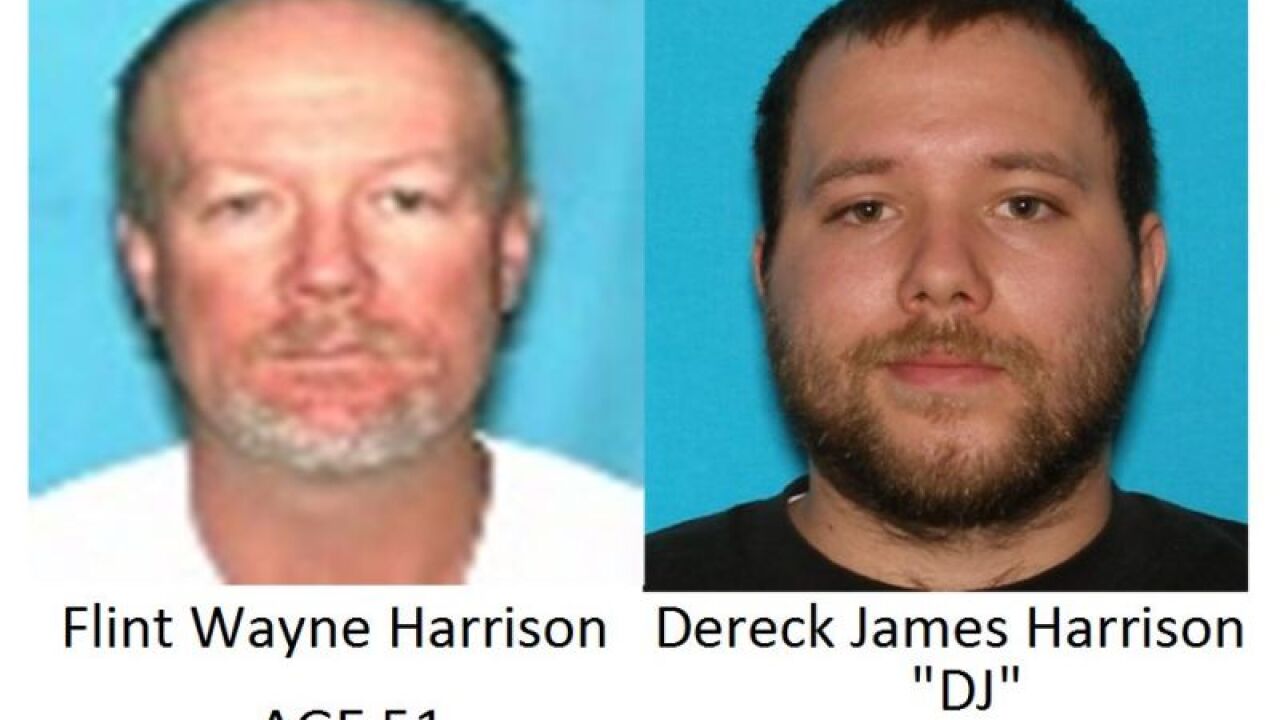 CENTERVILLE, Utah - Officers are searching for two suspects accused of kidnapping a mother and her four daughters in Centerville, Utah.

According to Centerville Police, two people the mother knew lured her and her daughters, ranging in age from 13 to 18, into a home's basement.

Officers said the suspects, 51-year-old Flint Wayne Harrison and his son 22-year-old Dereck James (DJ) Harrison, had "wire ties and duct tape prepared and ready to use" in the basement.

DJ pointed a gun at the victims and told them to get on the ground.

According to official documents, the five victims thought it was a joke at first and went back upstairs.

Officials said Flint then forced them back downstairs, poking and prodding them with a baseball bat and took two phones from the victims.

Police said the men started hitting the tied-up mother with the baseball bat.

Documents state the men used zip ties to bind the hands and feet of all five victims and put duct tape over the mother's mouth and a bag over her head.

At that point, two daughters were able to break free from their restraints and ran from the garage where they tried to call 911 but Flint took the girl's phone.

Police said the teens ran back into the house, slapped the gun away from Flint and somehow took the baseball bat from DJ and hit him with it.

Officers said the mother and four daughters then somehow escaped and ran to a neighbor's house to call police.

A neighbor identified only as John says the girls came to his house after escaping.

"They just said that they had been held hostage, tied up," he said.

The girls and their mother were on his front lawn when police arrived.

"The older lady, she had blood on the side of her face above her eye," John said.

Police commented on those wounds.

"She took a baseball bat to the ribs and was punched in the stomach and was also hit over the head with the baseball bat," said Lt. Von Steenblik during a press briefing Wednesday afternoon. "This was obviously a premeditated event. They had this room setup with zip ties or wire ties."

Officers said DJ and Flint got away in a silver 2011 Chevrolet Suburban with Wyoming plate AR83G. That vehicle was later abandoned near Farmington, and police said Wednesday they believe the suspects were picked up by someone and taken to Salt Lake City.

They also found blood on a hallway wall, a chunk of hair on the stairs, three cell phones and a baggie of what is believed to be meth.

The mother and one daughter went to the hospital.

Officers said the men have work and family ties to Wyoming in the Pinedale area.

Police said the motive appears to be retaliation on the mother for an unknown reason. 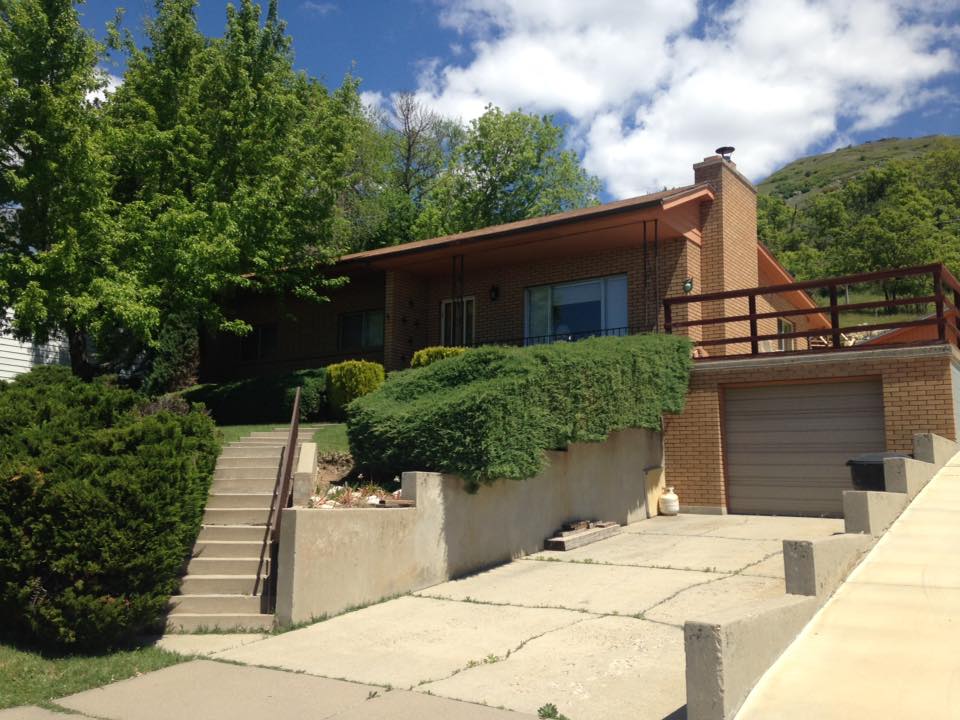