SALT LAKE CITY -- A crash in Salt Lake City turned fatal Wednesday afternoon after police say a truck ran a red light and struck a car at the intersection of 1700 South and 900 West.

Police have now identified the man who was killed in the crash as 28-year-old Marcus Ortega of Salt Lake City.

“It was horrific," Witness Mark Burdette said. "There was skidding, and you heard the truck [accelerate], he was trying to get through the light before it turned red."

Seconds later, the deafening sound of a crash echoed through the intersection.

“I was right here, looking that way,” Burdette said.

Burdette says he saw a truck run a red light and then hit a grey Plymouth Neon.

“It slammed into him, forced him in to that sign, and the truck flipped over, and his work box flew into the car,” Burdette said.

Inside the Neon was Ortega, a woman, and Ortega's five-year-old daughter, who was riding in the back seat. Ortega was critically wounded.

“I ran, opened up his door and helped lift him out and put him on the sidewalk,” Burdette said.

“I was shaken, I was very nervous,” Burdette said.

The two men in the truck were sent to the hospital with injuries described as being not life-threatening. Police spent hours investigating, and say they have evidence showing the driver did in fact run a red light.

“Fortunately for us, everything was caught on surveillance video, and it shows the vehicle ran a red light,” said Detective Cody Lougy with Salt Lake City PD.

The witness learned the man he tried to save died shortly after the crash, and he is now pleading for drivers to follow traffic laws.

“It's really scary to see what I’ve seen; it's dramatic. and I hope I can sleep tonight,” Burdette said. 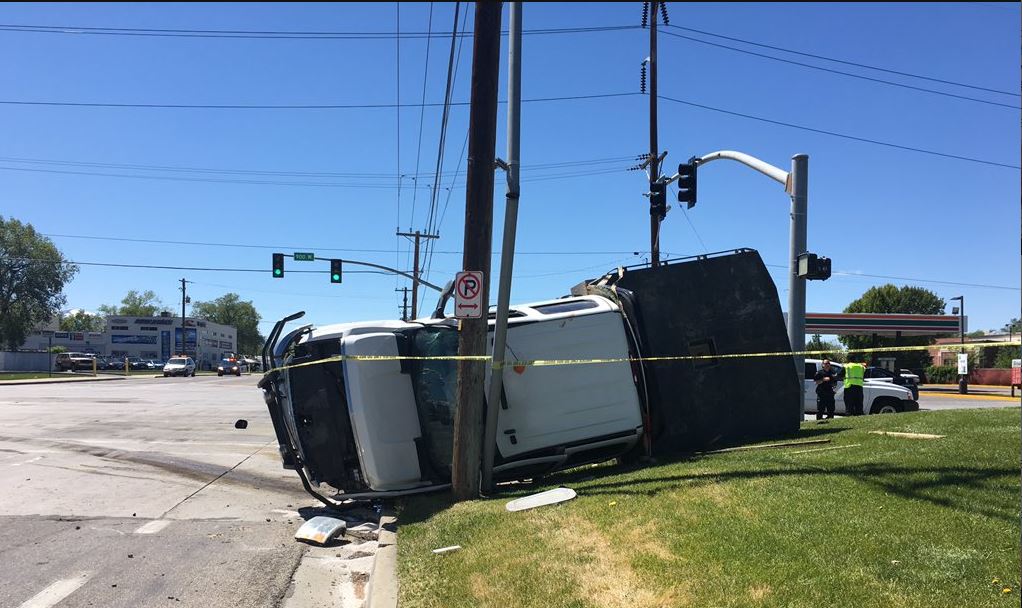