CENTERVILLE, Utah - Authorities are searching for the two suspects who are considered armed and dangerous after they allegedly kidnapped a Utah mother and her four daughters and tied them up in a basement.

Police were looking for two cars in the search for accused kidnappers DJ Harrison and his father Flint Harrison, however, both vehicles were located Wednesday and the suspects remain at large.

Believing that family members may be helping the Harrisons flee, police were trying to find a 1997 white Buick La Sabre with Utah plate 8772F, which may have a handicap decal. They were also looking for a 2008 silver Chevy AVEO with Idaho plate IT36339.

The family of the suspects were questioned for hours in Bountiful Wednesday night outside the home of DJ Harrison's grandmothers, located near 800 North 250 West.

Police say D.J Harrison lived there off and on with his grandma. DJ's mom was handcuffed for about 30 minutes outside the house while police spoke with her. They said the reason  she was detained was because she wasn't cooperating, but no arrests were made. Once police left the home a family friend, who protected her identity, spoke with FOX 13 News briefly.

"Dereck, you just need to come home and turn yourself in, Flint you can die for all I care," the woman said.

DJ's mother told Fox 13 over the phone that she believed both men were high on meth and that's what led to these alleged crimes.

According to police, the adult victim knew 51-year-old Flint Wayne Harrison and his son, 22-year-old Dereck James (DJ) Harrison, who allegedly lured her and her teen daughters into a Centerville home and restrained them with zip ties, threatening them with a shotgun and beating them with a baseball bat.

The five women were able to escape to call 911 while the men got away in a silver 2011 Chevrolet Suburban with Wyoming plate AR83G. Police stated Wednesday that vehicle was abandoned Firebreak Road above Farmington.

Police believe the men may have been picked up and driven to Salt Lake City Tuesday night. 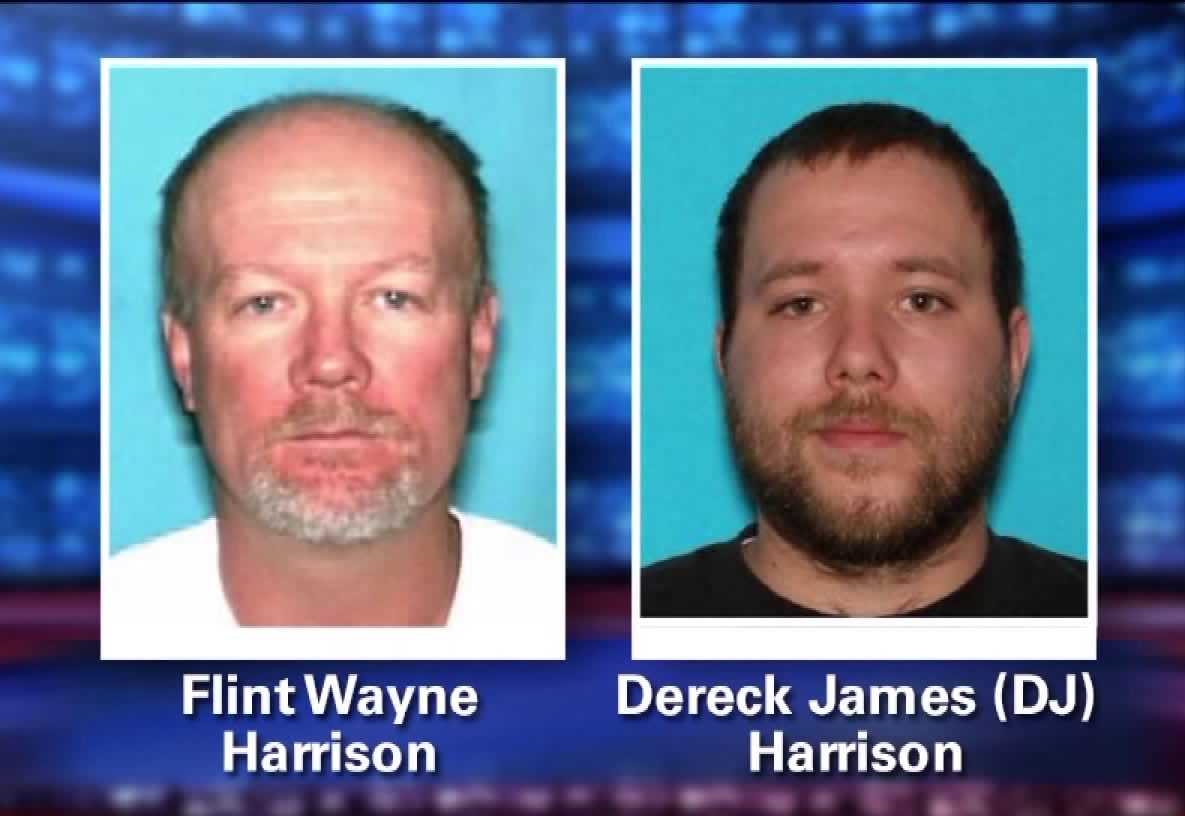