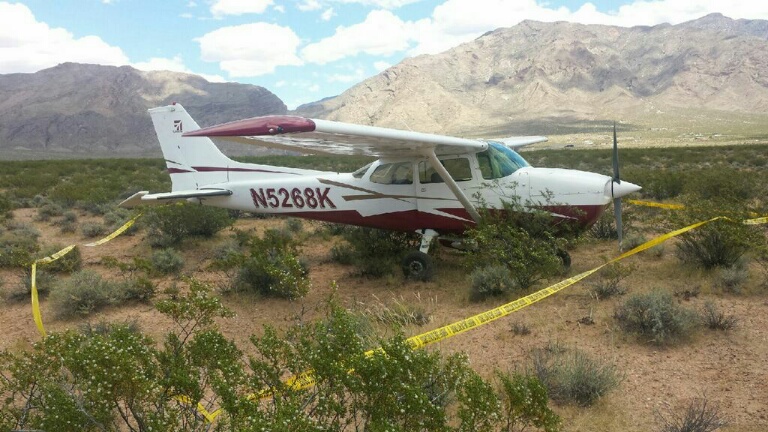 MOHAVE COUNTY, Ariz. — No injuries were reported after the pilot of a single-engine plane made an emergency landing on the Arizona Strip early Monday afternoon.

Pilot Dylan Tobias, 20, and his father Eric Tobias, 57, were traveling home to La Jolla, Calif., from the St. George airport when they smelled an electric burn, according a press release from Mohave County Sheriff’s Office.

Dylan Tobias made an emergency landing in the desert area near Beaver Dam north of Interstate 15 and south of the Virgin River Gorge.

When deputies arrived on scene, the aircraft appeared to have minor damage from the emergency landing. The Federal Aviation Administration and National Transportation Safety Board were notified of the crash.