KEMMERER, Wyoming -- The missing UTA worker has been found dead in Wyoming, according to the Lincoln County Sheriff's Office.

Officials said the body of 62-year-old Kay Porter Ricks was found about 16 miles south of Kemmerer in a rural area Thursday night.

His truck is still missing; the Sublette County Sheriff’s Office said it is launching a search and rescue boat equipped with sonar technology on both Fremont and Half Moon lakes, weather permitting, to search for it.

Authorities said this is not a suicide; his body had been there for days.

The Lincoln County Sheriff's Office said deputies were following up on leads about a UTA truck sighting in the area when they found Ricks.

Ricks, a UTA maintenance worker, was last seen May 12 near the Ballpark UTA station during his work shift.

Someone found his cellphone on a TRAX platform and turned it in to police.

Ricks' work truck also went missing. It is unknown if it has been located.

Authorities are investigating if Ricks’ disappearance may be connected to the Centerville kidnapping case on May 11.

Dereck James Harrison, 22, and his father, Flint Wayne Harrison, 51, are accused of tying up a mother and her four daughters in a basement home.

After the mom and her teen daughters escaped, the men fled the state to Sublette County, Wyoming.

UTA detectives first contacted Centerville authorities during their investigation to see if they were aware of a connection to the kidnapping and assault case.

UTA officials would not comment on the case but stated they would provide an update on Wednesday. 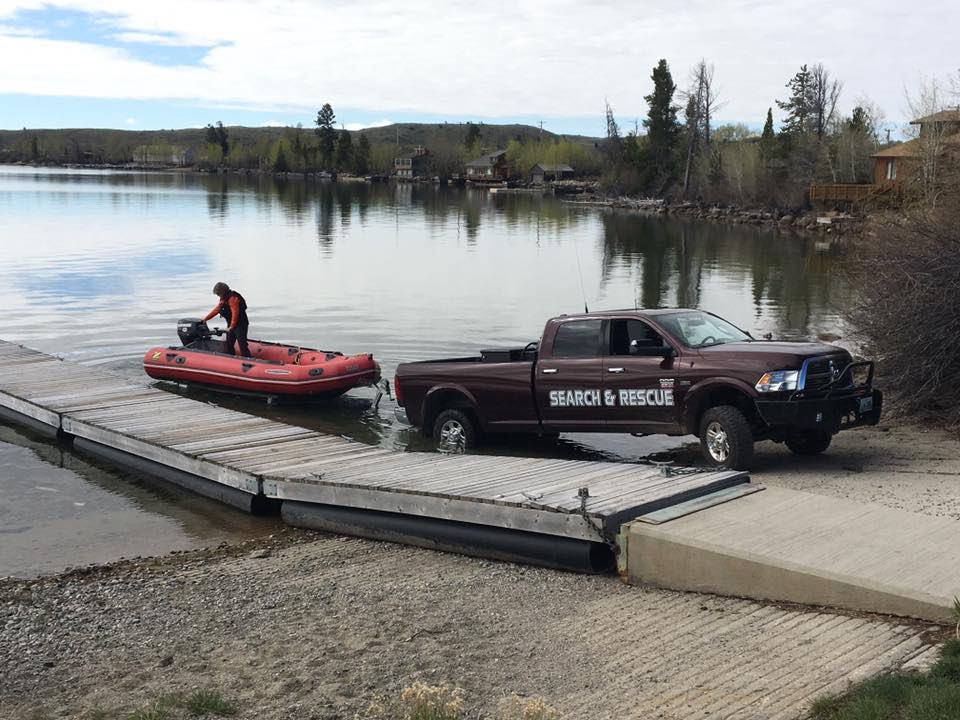 Helicopter flying over area where missing UTA worker was found near Kemmerer, WY.

Late in the evening of May 17, a body was located in Lincoln County, WY, and was positively identified as missing Utah Transit Authority worker Kay Porter Ricks, 63, who had been missing from the Salt Lake City area since Thursday, May 12.

The Wyoming Division of Criminal Investigations is handling the investigation into the death of Mr. Ricks.  The Sublette County Sheriff’s Office is continuing investigation efforts with Wyoming and Utah authorities, though the focus of the investigation has shifted primarily to Lincoln County and DCI.

The UTA maintenance truck that had been reported missing with Mr. Ricks is still missing, and agencies throughout the west are still on the lookout.  The vehicle is described as a white Ford F-150, with a truck bed mounted equipment rack, UTA markings, and bearing Utah license plate #206886.

The Sublette County Sheriff’s Office will launch a search and rescue boat equipped with sonar technology on both Fremont and Half Moon lakes today, weather permitting.