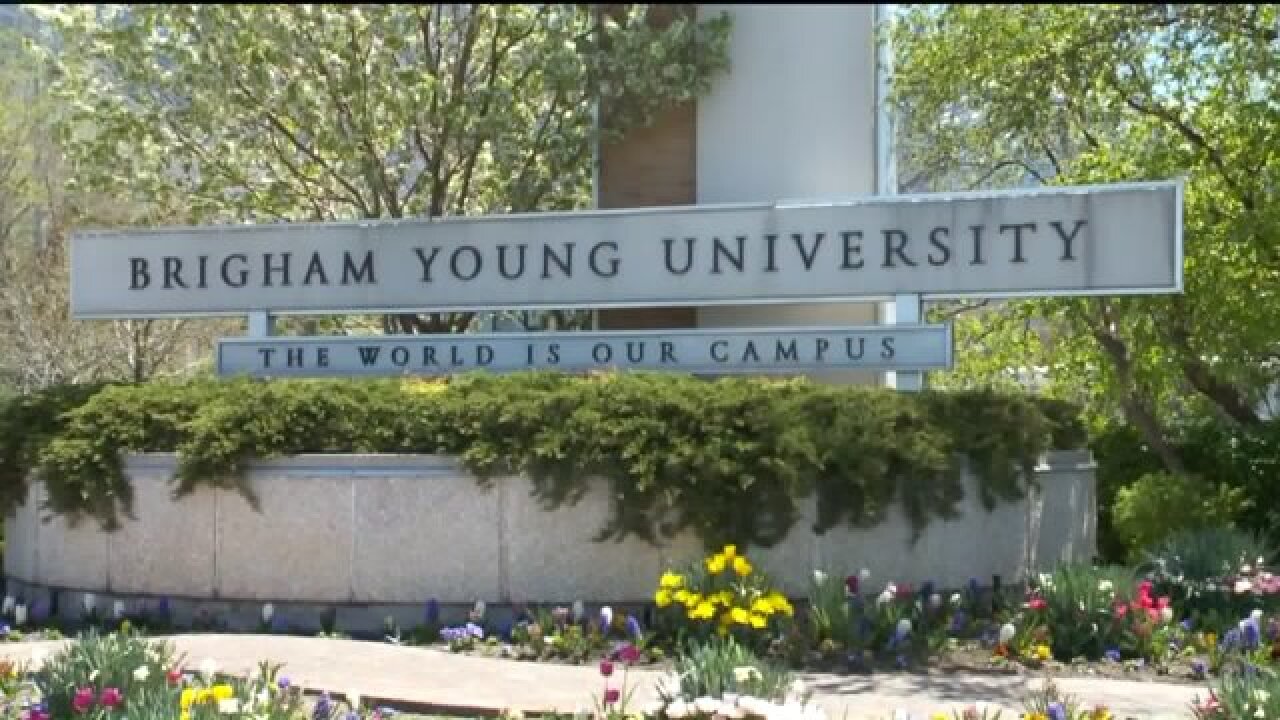 PROVO, Utah -- “If perpetrators know BYU girls might be afraid to report, that makes us targets."

Margot Crandall, BYU students and members of the community are demanding change. For weeks, Brigham Young University has been under the microscope for how the school handles sexual assaults on campus in relation to its honor code and title IX office.

Thursday, BYU’s newly formed council on campus response to sexual assault is trying something new in hopes it leads to a better process for everyone.

BYU launched a website looking for feedback from students and the public on how they can better handle sexual assault cases on campus. Sexual assault survivors here at BYU say it’s a step in the right direction.

At 22 years old, Crandall says she was a victim of a brutal sexual assault.

“He bound me so I couldn't run away or get up and leave, and hit me and spit on me repeatedly,” the BYU student recalls.

As a member of the The Church of Jesus Christ of Latter-day Saints for her whole life, Crandall didn't know how she would move on.

“There was a couple times while I was being raped, I was just hoping I wouldn’t make it out of there alive because I couldn't imagine having to live life, having to, remembering what was happening to me,” Crandall said.

After a year and a half, justice was served. Her attacker is now behind bars, but Crandall says after the attack, it took her two days to work up the courage to go to police.

“I was scared that BYU would find out about it and that I would be in trouble with them,” Crandall said.

After thousands of students and community members demanded change, BYU has a created a council that's working to make sure survivors are not shamed into silence.

“I really felt heartbroken for the survivors," Valentine said. "I’m a nurse, and these are my patients that I take care of."

Julie valentine is a sexual assault nurse and has been for the past decade. She will be one of four BYU faculty members on the council. Their task is to find changes that will help the university put a stop to sexual assaults on campus and make it easier for victims to come forward.

“I want the community to know we all consider this to be a serious issue, and we're committed to thoroughly exploring all the issues surrounding sexual assault as they relate to BYU and to our students,” Valentine said.

Through a website, students and members of the community will be encouraged to anonymously give their input.

“I think it's going to bring the community together, and opening it up will bring in more support for the victims and survivors," Crandall said.

There is no timeline for these comments, but the council says they will be handling this like a research project and looking at recurring themes. They say they will be transparent and share their findings once finished.

The Church of Jesus Christ of Latter-day Saints, which operates BYU, posted a statement regarding the ongoing issues on Mormonnewsroom.org. The post includes commentary about recent coverage of the assaults, which accuses the Salt Lake Tribune of "gotcha journalism" on the basis of the paper has published several stories on the issue without giving the LDS Church a chance to respond or comment.

The full statement the LDS Church released Thursday regarding the incidents at BYU is posted below:

"Sexual assault is a serious concern at campuses across the nation. At Brigham Young University, students enter the campus knowing that they are expected to live according to high standards of personal morality and conduct, and certainly any form of abuse or assault falls well below any such standard. BYU’s remarkable campus community reflects character and students' commitment to live exemplary lives.

Sadly, there are exceptions. Media have published deeply personal stories of victims of sexual assault who feel they have been treated poorly when reporting their assault. They are painful to read, but we do not believe they represent the ideals BYU or Church leaders follow when responding to victims.

Let us be perfectly clear: There is no tolerance for sexual assault at BYU or in the Church. Assault of any kind is a serious criminal offense, and we support its reporting, investigation and prosecution to the full extent of the law. Victims of assault or recipients of unwelcome sexual attention should be treated with sensitivity, compassion and respect and should feel that those to whom they disclose the assault are committed to helping them deal with the trauma they have experienced. In instances where there may have been conflict between meeting Honor Code and Title IX priorities, BYU is taking significant steps, including forming an advisory council to explore these circumstances and make recommendations for change, as needed.

Today, the university issued a letter outlining that process and launched a website inviting input. We believe their work should be given time and space to proceed so that it can result in a process that more completely reflects care for victims of sexual assault and that provides a safer campus."