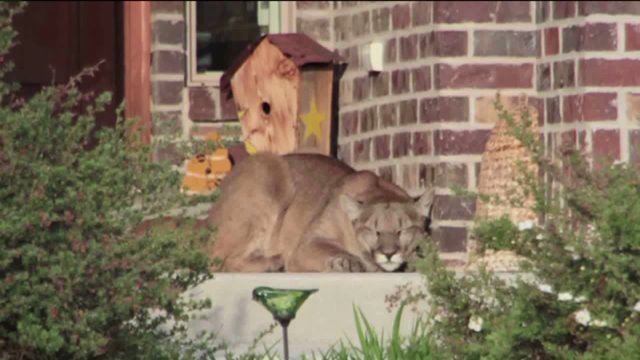 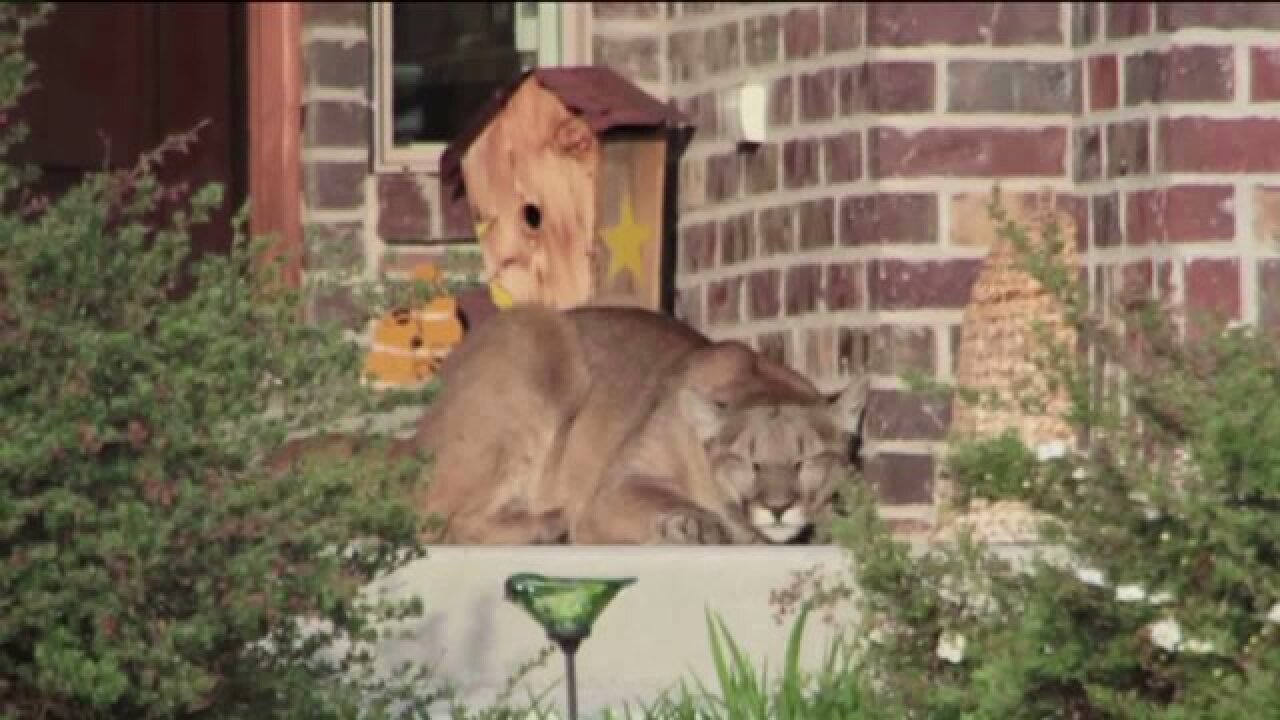 HEBER CITY, Utah -- Imagine looking out your window and seeing a mountain lion sitting on your porch. That's what happened to a couple in Heber last night.

"So I looked down and I said, 'what dog is that laying on my porch?' and I tapped on the glass, and he or she turned around and I said, 'that ain't no dog,'" Kathy Inman said of the encounter.

What was sitting on Kathy and Floyd Inman's porch was actually a 75-pound, two-year-old, female mountain lion. The Inmans said she looked right at home,  and spent about two hours just lying there.

"It didn't do anything, it just laid there," said Floyd Inman. "We've been in the Park City / Heber area for 30 years, and I've never had one that close to me before."

The neighborhood kids started coming through the back door and gazing out the window for a closer look.

"His eyes were closed, and then they were open, it was like he was kind of napping in between checking us out," said neighbor Rhett Riding.

Riding was one of dozens of neighbors who watched as wildlife officers arrived and shot the cat with a tranquilizer dart. The cougar immediately took off running.

For more than an hour, neighbors helped Division of Wildlife Resources personnel  search for the animal.

"My kids, the neighbor's kids, all of our friends around all had flashlights and we were out looking," Riding said.

The mountain lion was eventually discovered in a vacant lot.

The large cat was kept overnight for observation and released back into the wild Thursday morning.

"This was the thrill of the neighborhood, this next to our little neighborhood barbecues, this one was top-notch," Riding said.