WASATCH COUNTY, Utah -- A gyrocopter crash about two miles south of the Soldier Creek dam in Wasatch County has left a pilot and a passenger injured.

Search and Rescue crews were called to the downed aircraft just before noon in the Strawberry River.

Jared Riby with the Wasatch County Sheriff's Office said the man and woman have a few broken bones but no life-threatening injuries.

Deputies said a fisherman in the area heard the aircraft, which was originally described as a helicopter and later as a gyrocopter, having difficulties and saw it go down.

Officials said he went to check on the victims and then had to hike out to get cell service to call emergency crews.

Riby said the crash site is in a difficult area to reach and the only way crews could get to the victims was by air or on foot.

Rescue crews treated the pair and worked to get them out in a medical helicopter.

Authorities have not said what led to the crash. 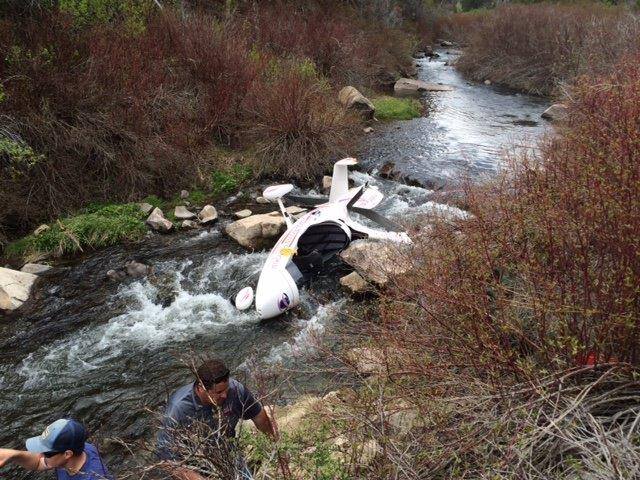