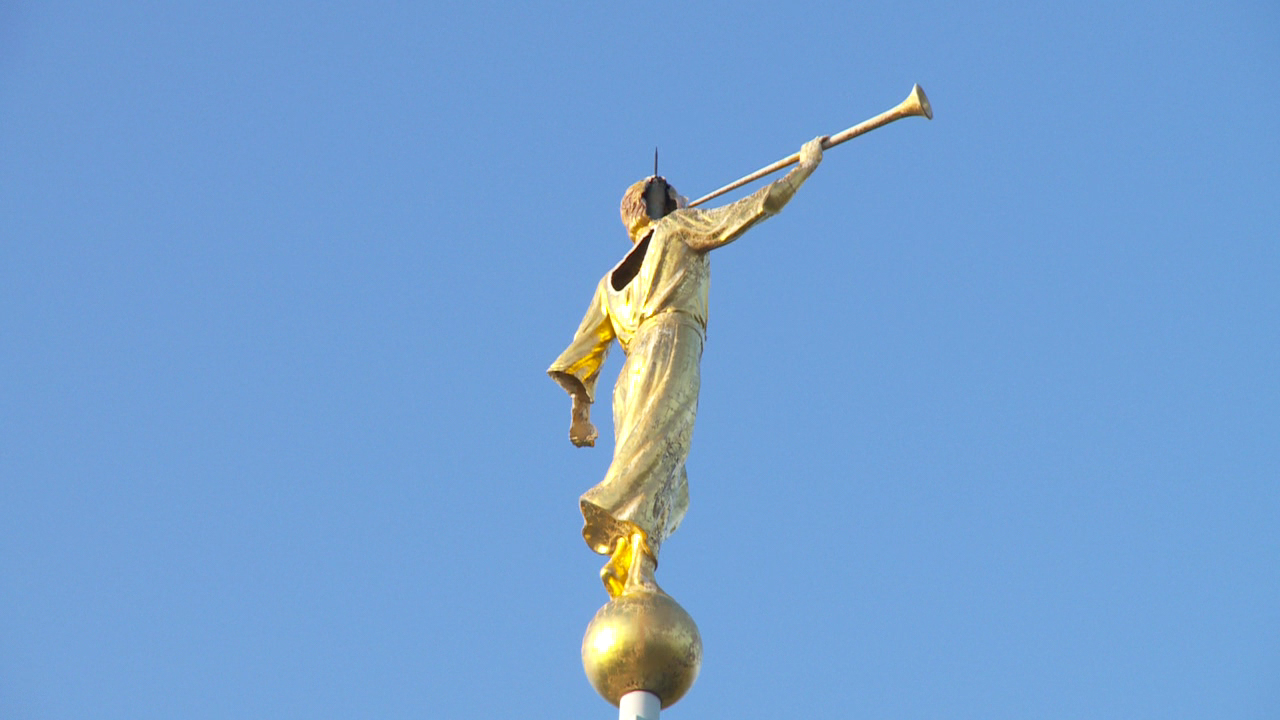 BOUNTIFUL, Utah — A golden statue of an angel that sits atop an LDS Church temple in Bountiful was struck by lightning this weekend.

Eric Hawkins, a spokesman for The Church of Jesus Christ of Latter-day Saints, confirmed the damage visible in photos was caused by a lightning strike, but he said no further information was available.

It is unclear what, if any, plans the LDS Church has to repair or replace the statue. Similar statues top other LDS Church temples. The Angel Moroni is significant in Mormon theology, as LDS Church founder Joseph Smith said he was visited by the angel in his youth.

According to an article in the faith’s “New Era” magazine published in 2009, most modern sculptures of Moroni used on LDS temples have a lightning rod built into them. The linked article also offers details about the history and significance of the iconic sculptures.

“Since gold leaf is a perfect conductor of electricity, and because the figures are often placed high above the ground atop a temple’s tallest spire, they are frequently hit by lightning. Today’s figures have a copper rod running through them vertically, which extends several inches above the figure’s head at the top, and attaches to a grounding cable at the bottom. This serves both as a lightning rod and as the mechanism for mounting the figure on the building’s tower.”