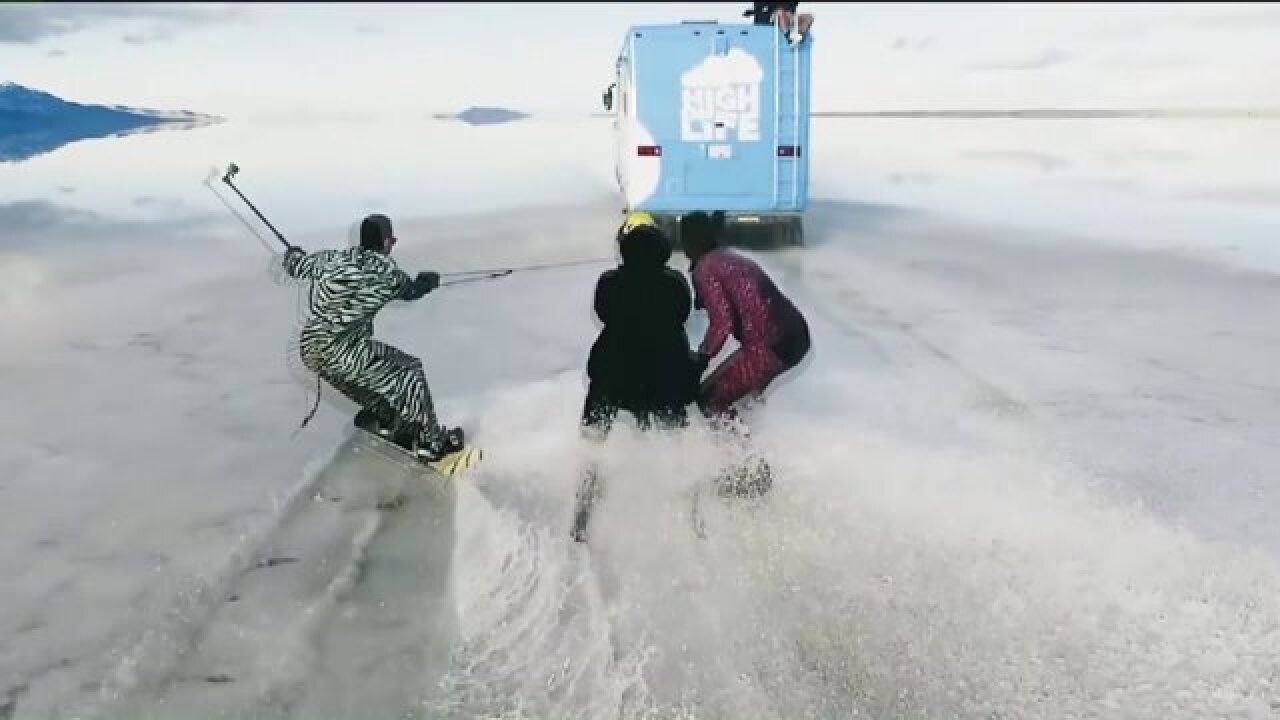 SALT LAKE CITY -- A group of four young Canadians are accused of harming natural wonders across the U.S., including the Bonneville Salt Flats and sharing their exploits on social media.

The group "High on Life," got most of its attention for going into a restricted area at Yellowstone’s Grand Prismatic Spring. But what they did at the Salt Flats has a lot of people upset -- especially those who take part of Speed Week.

The race draws in hundreds from around the world and they've had to cancel their event two years in a row because of wet conditions. Then they see a video of men water skiing on the Salt Flats behind an RV.

“As far as the racing community, you might as well go put graffiti on mount Rushmore,” said Dennis Sullivan president of the Utah Salt Flats Association and chairman of Save the Salt Utah Alliance.

This pristine landscape is heaven on earth for Sullivan. He's been exploring the Salt Flats for 30 years.

“The Salt Flats are almost a spiritual thing to most of the racers,” Sullivan said.

Sullivan said he was sad to see how careless people were treating an area he and so many others work to protect.

“People don't understand the damage that is being done if you go back and look at those pictures you can see the mud that's being churned up under the wheels of that motorhome,” Sullivan said.

An act from 1985 makes it so you can't drive on the area when it's wet because it can cause permanent damage to the fragile salt. Now, the Bureau of Land Management is investigating what the High on Life group did.

“We’re not sure if it’s a violation that we’re going to pursue but we’re going to look into it because it is a breach of our policy,” said Kevin Oliver, BLM West Desert District Manager.

The young men breaching this policy. The group has also flown drones at Zion National Park, swung by rope from Corona Arch, jumped a fence at Machu Picchu in Peru and clowned around at the Holocaust Memorial in Berlin.

Their acts are affecting people around the world and in Utah.

The damage the men caused could affect speed week races this year.

“Depending where they're at if they happen to do this where the courses are that could really be a detriment to running it,” Sullivan said.

While the Salt Flats are forgiving it can take years to recover.

“There are some areas where it has been 15 years where you can see where they got stuck,” Sullivan said.

The men have been charged with misdemeanors for what they did in Yellowstone but now they're back in Canada. Utah's investigation is still underway.

The group did apologize on their Facebook and donated $5,000 to Yellowstone. But still there is a petition to ban them from all U.S. national parks.