PROVO – A handful of kittens escaped a shed fire Thursday morning thanks to the quick actions of Provo firefighters.

Fire crews were called to a three-alarm fire near 600 South and 100 West just after 8 a.m.

When they arrived on scene, they had a tough time getting their trucks to the shed because of the narrow road leading to it. A dozen firefighters worked quickly to keep the flames from spreading to a nearby barn housing flammable materials.

“We had some cylinders for welding," said Captain Dean York with the Provo City Fire Department. "We had fuel cabinets that had tipped over during the fire, during some of the collapse. Those are a little more difficult to get the fire put out in those because of the fuels that were there."

Shelby Sandgren woke up in a panic when she saw her grandparents' shed on fire.

Reporter: “What was your first thought then?”

Firefighters couldn’t save the shed, but they managed to scoop up four kittens inside – a big relief for the homeowner’s grandchildren.

They introduced Fox 13 to the rescued kittens.

“This one's Two Face, this one, I named it Jeff, this one's Tiger, this is Bubba," they said.

The family is counting their blessings and are grateful no one got hurt. Investigators will sift through the pile of debris for answers.

“It's a little bit of a needle in a haystack because you can see the damage and what's left," York said. "This is what they're good at, and this is what they do."

The homeowner tells FOX 13 they plan on building another shed. They'll put it on the opposite side of where the old shed was located, away from electrical lines. 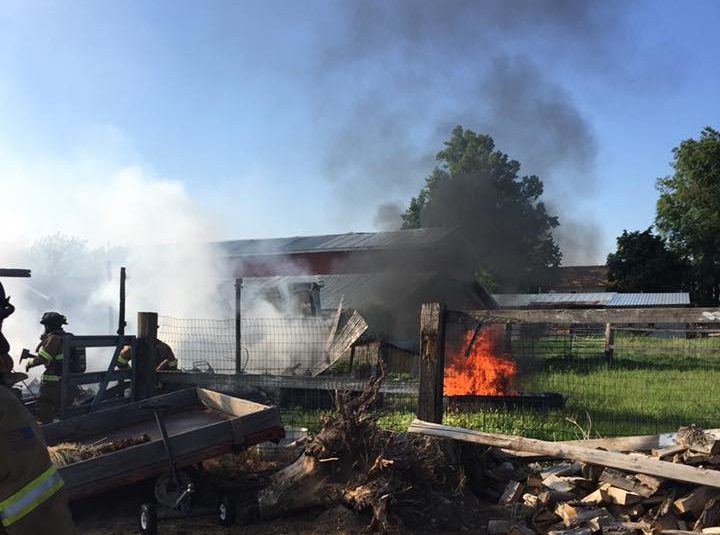