Police identify victims after 3-car crash near Vernal leaves one dead, others injured 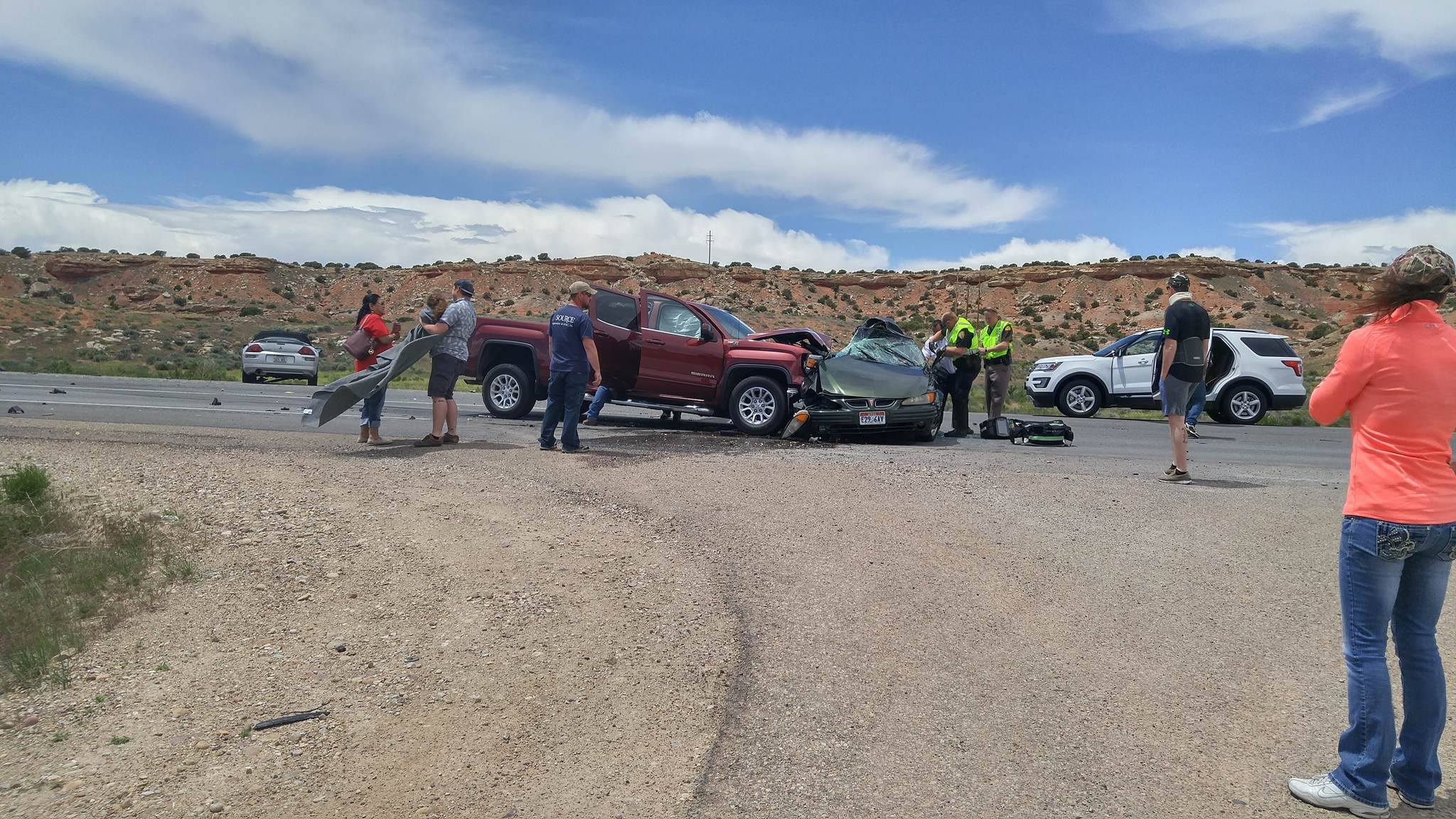 VERNAL, Utah — One person is dead and four others are in serious to critical condition after a three-vehicle crash on SR-40 in the Vernal area Friday.

According to the Utah Highway Patrol, the crash occurred in the area of mile marker 138 as a Pontiac Grand Am was stopped and waiting to make a left turn onto McCoy Flats Road.

UHP states a westbound Mitsubishi Eclipse struck the stopped Pontiac, pushing it into the eastbound lanes and oncoming traffic. The Pontiac was then struck by an eastbound pickup truck.

The driver of the Mitsubishi, 69-year-old Shirley Shiner of Roosevelt, was taken to a hospital in serious condition.

The driver of the Pontiac, 17-year-old Cierra Cook of Vernal, was taken to a hospital in extremely critical condition. A passenger in that car, 19-year-old Sandon Marshall of Vernal, was pronounced dead.

The pickup truck was being driven by 63-year-old Sadine Chimburas of Whiterocks, and she and a 9-year-old passenger from Fort Duchesne were taken to hospitals in serious but stable condition. Two other children, ages 3 and 8 and both of Fort Duchesne, were checked out for injuries and released.