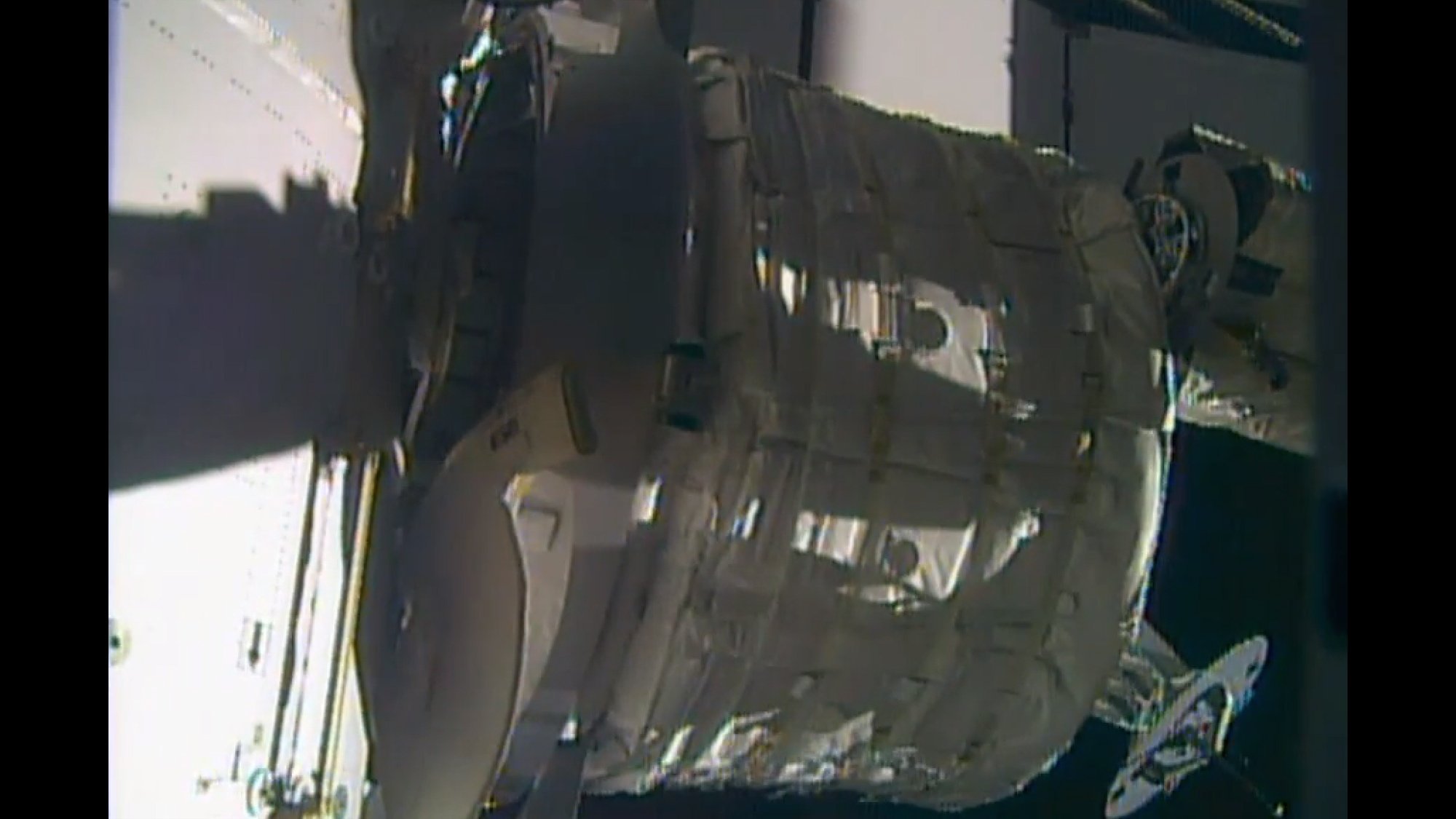 By Jareen Imam and Madison Park

Scientists fully inflated the experimental habitat called BEAM, which is attached to the International Space Station. The pressurization process began at 4:34 p.m. ET and 10 minutes later, all eight tanks reached full pressurization, according to NASA.

During the next week, NASA will conduct leak checks throughout the BEAM, which stands for Bigelow Expandable Activity Module. If all goes well, astronaut Jeff Williams is expected to make his first entry into the module in about a week.

BEAM looks like a bulbous, onion-like tent protruding from the space station.

But NASA has pinned hopes on expandable equipment such as BEAM because it is lighter and more compact than the metal structures that have been traditionally sent to orbit. Also, the space agency hopes such smaller loads can mean deeper exploration into space.

As NASA prepares for its journey to Mars in the 2030s, it’s looking for new technology that will help humans go to places they’ve never traveled to before.

What went wrong during first test

Astronauts had to retest the module after the initial attempt to inflate the module hit a snag Thursday morning.

The habitat was supposed to expand to the size of a small bedroom with breathable air, starting its two-year stint in space.

But on Thursday, something had gone wrong. Scientists noticed a problem with BEAM when the pressure to volume ratio wasn’t adding up.

After analyzing data from the first attempt, the space agency and Bigelow Aerospace believed they identified the problem.

When BEAM was added to the SpaceX Falcon 9 rocket payload, it may have been packed up longer than expected, according to Bigelow engineers.

The fabric-like material that BEAM is made from was compressed, changing the way the material behaved in space temporarily, making it more rigid during the expansion process during that first test.

“The impact of the compression affected the layers,” Kauke said during a teleconference from Johnson Space Center in Houston. “Layers have a memory to them. The longer they are packed the longer it takes for the materials to relax.”

So NASA and Bigelow Aerospace had decided to stop inflating the habitat on Thursday, just to make sure there was no damage to the space station during the process.

Their latest retest on Saturday fully expanded and pressurized BEAM.

Bigelow Aerospace tweeted: “A significant milestone has been accomplished.”

Right now, NASA plans to have astronauts enter BEAM three to four times a year to see how the habitat is faring. They’ll have to see how the structure fares against solar radiation and extreme fluctuations in temperature.

After its two-year stint in space, BEAM will jettison back down to Earth, and burn up in our atmosphere.