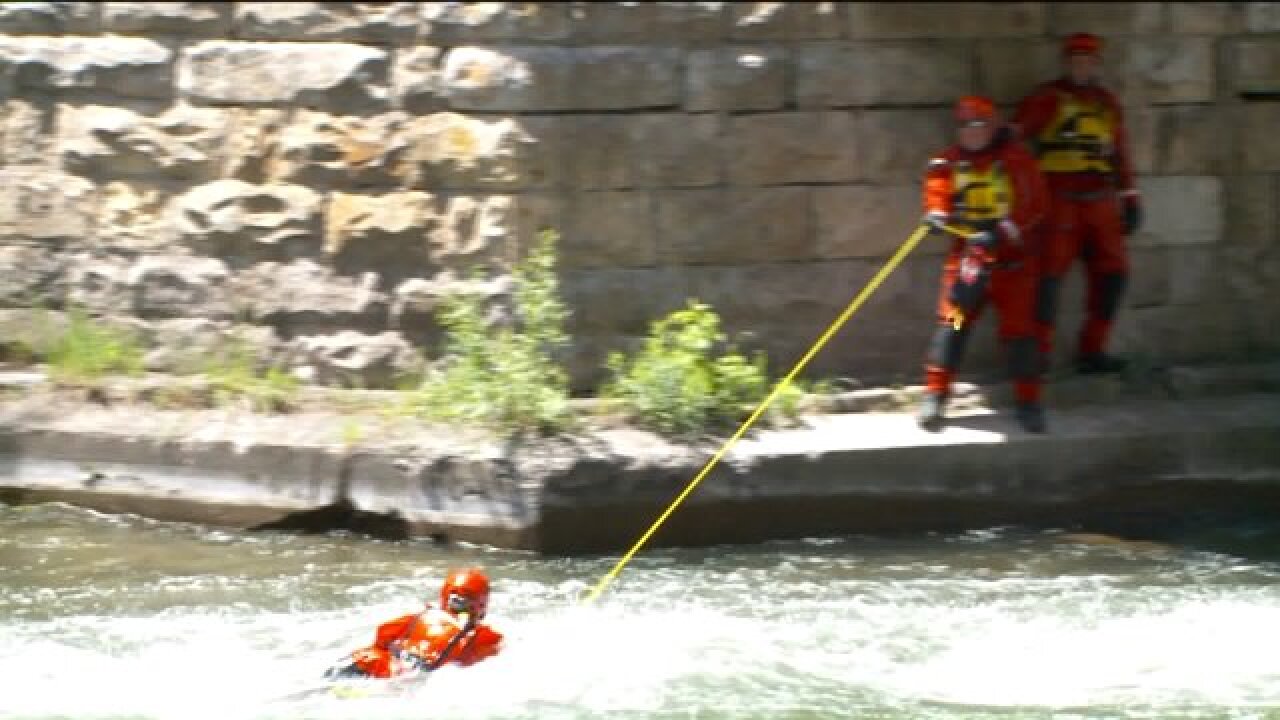 PROVO, Utah -- Don't go near the water if you're not trained. That's the message rescue crews want you to hear as we enter high runoff season in Utah’s rivers and streams.

Firefighter and paramedic Tony Espinoza said the first moments in the water can overwhelm people.

“It catches you off guard,” he said. “First the coldness hits you, and then you’re moving faster than you’re expecting to, and you’re hitting rocks that you don’t see."

Espinoza is getting ready for his first season as a swift-water rescuer. He said riding through the rapids was fun, but he couldn't have done it without the proper water suit, helmet, ropes, flotation devices and other safety gear.

“For the first time, and not having a lot of experience, yeah, it was very scary,” he said.

The water coming out of our canyons right now is snow melt, meaning river temperatures are in the forties. Firefighters say it wouldn't take long for someone to get hypothermia, and lose the ability to stay afloat.

“Some of the streams have already peaked, some still have yet to peak, so we just want our guys to be prepared in case they got called out on somebody who might need help near or on the water,” said Capt. Jay Torgersen of UFA.

This week, fire crews trained in the Provo River to get a sense of how powerful the water actually is. They said training in other canyons is still too dangerous.

“If you look at the creeks in Little and Big Cottonwood Canyon, if you go in there, you’re going to be bouncing off of rocks, there’s trees, there’s things that can keep you from moving downstream and then can drown you,” Torgersen said.

Crews say they've already responded to a couple of rescue calls this year, and they expect them to continue through the summer.

Still, they encourage you to get outside and enjoy Utah’s rivers and streams, as long as you go prepared.

“Unless you have experience and you've taken classes on how to run rivers or paddle in rivers, please stay away from them,” Torgersen said. “Please keep an eye on your children, your pets—make sure you’re staying at a safe distance from our rivers.”