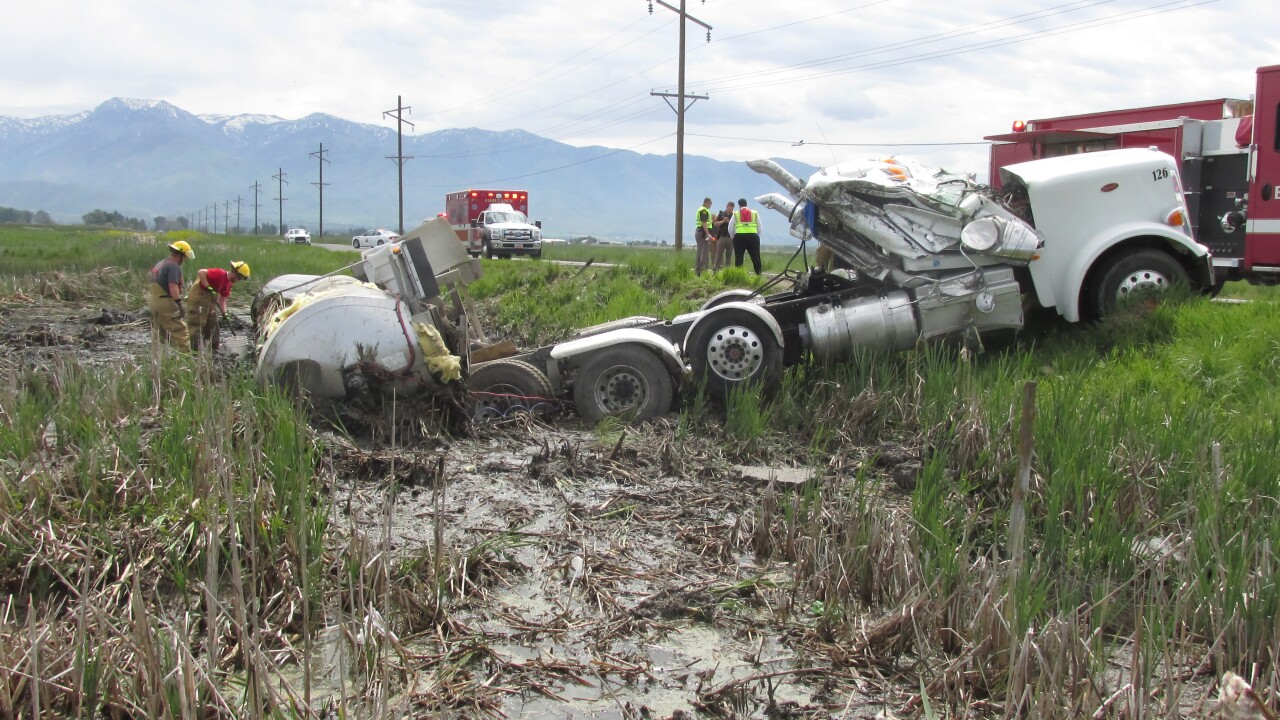 The scene of a fatal crash in Cache County on May 29, 2016. Images courtesy Utah Highway Patrol. 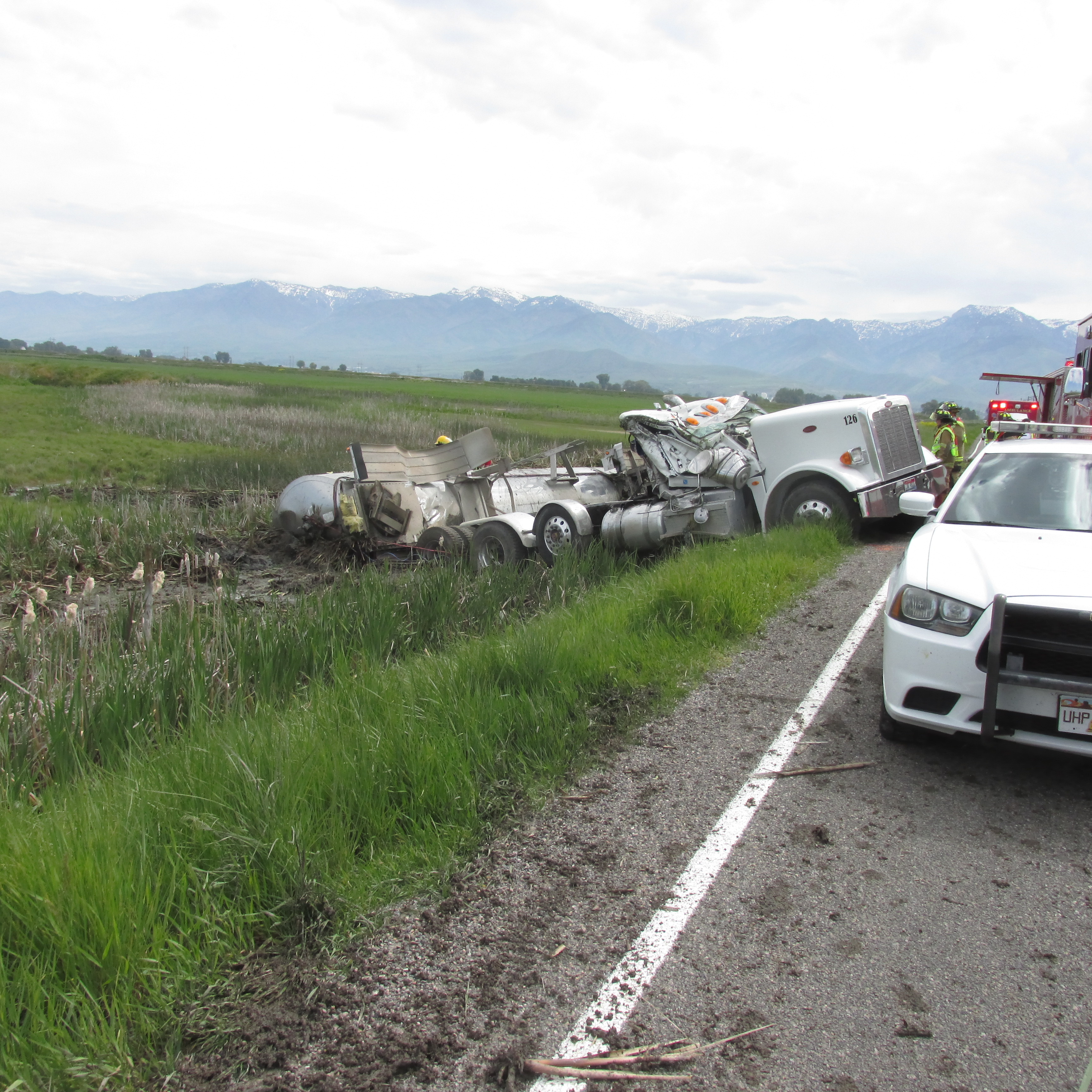 CACHE COUNTY, Utah — The Utah Highway Patrol responded to the scene of a fatal crash near Amalga Sunday morning after a semi-truck hauling a tanker rolled down an embankment.

According to UHP, troopers were dispatched to mile post 4 of SR-218 around 10:37 a.m. Sunday. The area is outside of Amalga, which is west of Smithfield in Cache County.

Troopers found a semi truck and tanker that apparently had drifted off the right side of the road, where it rolled down an embankment. The driver of the truck was found deceased inside the cab of the truck.

The driver has been identified as 57-year-old Salvador Lemus-Tellez of Kimberly, Idaho.

Police state the truck was carrying what appears to be an agricultural product, possibly whey.

It is not clear at this time what caused the driver to drift off the side of the road.