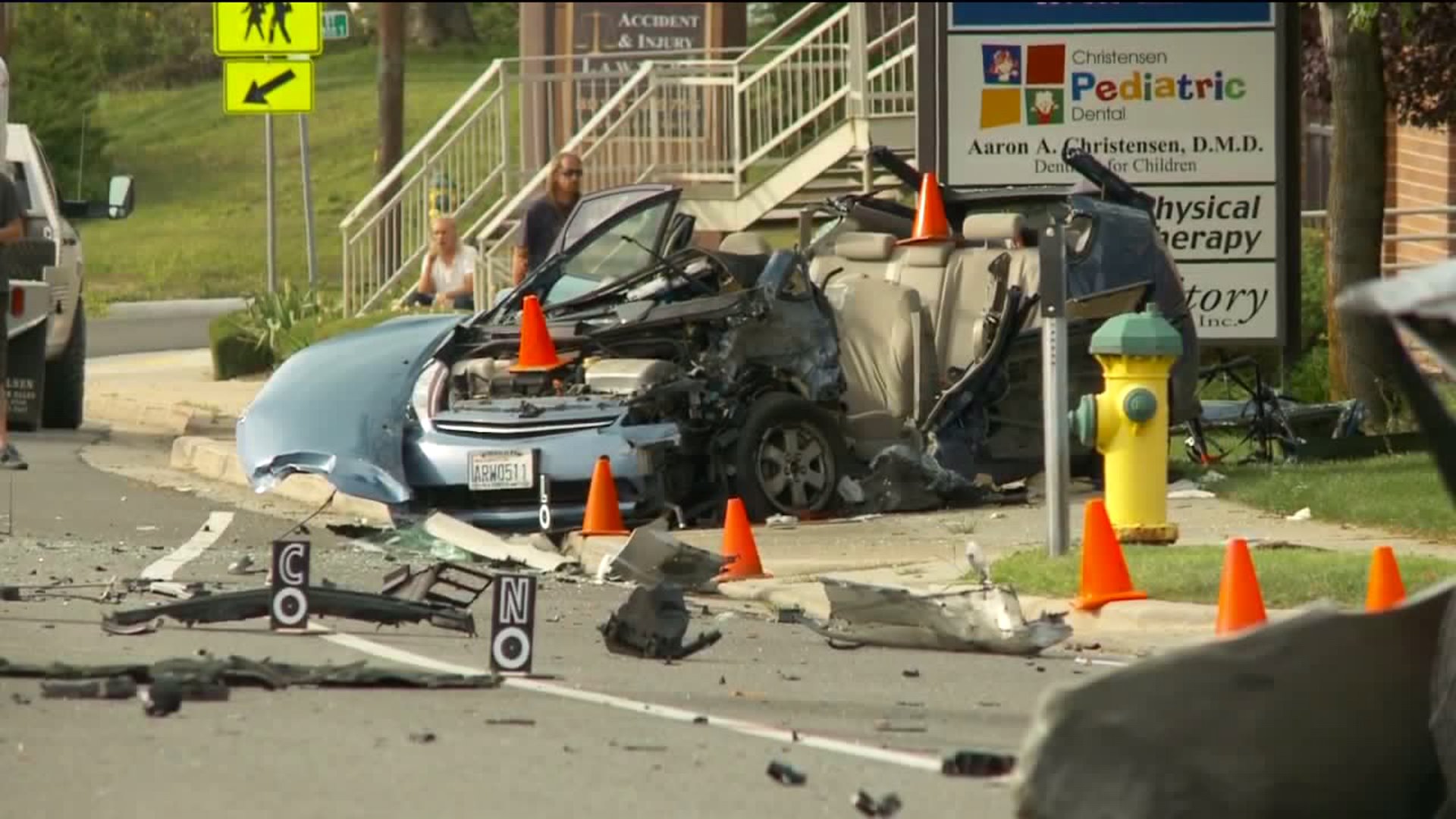 OGDEN, Utah — North and southbound lanes of Harrison Boulevard were closed in Ogden Thursday after a fatal vehicle crash, and police say “speed was definitely a factor.”

Friday, authorities identified the deceased as 29-year-old Jay J. Jex of Ogden, who was driving the Prius involved in the crash.

“A 2008 Ford Mustang was traveling southbound on Harrison, lost control of his vehicle while traveling at a high rate of speed,” he said. “Went into northbound, oncoming, lanes of traffic and collided with a 2008 Prius. That Prius then collided with a third vehicle, causing minor damage.”

The driver of the Mustang suffered minor injury and was taken to a hospital.

The third vehicle involved was a truck towing a trailer. The driver of that vehicle was not injured.

Eynon said the crash is under investigation, but said speed is definitely a factor.

“Witnesses that were near the crash at the time of the accident believed that the car was traveling between 60 and 80 mph, based on the evidence at the scene, it looks like one of those vehicles was traveling at a high rate of speed.”

Eynon said, depending on the outcome of the investigation into the crash, the driver of the Mustang could be facing charges. He also said that during this time of year there are more people on the road than usual, so he urged all drivers to be extra alert and drive defensively.

“Pay attention to those around you, because they often aren’t driving as well as you are,” Eynon said.