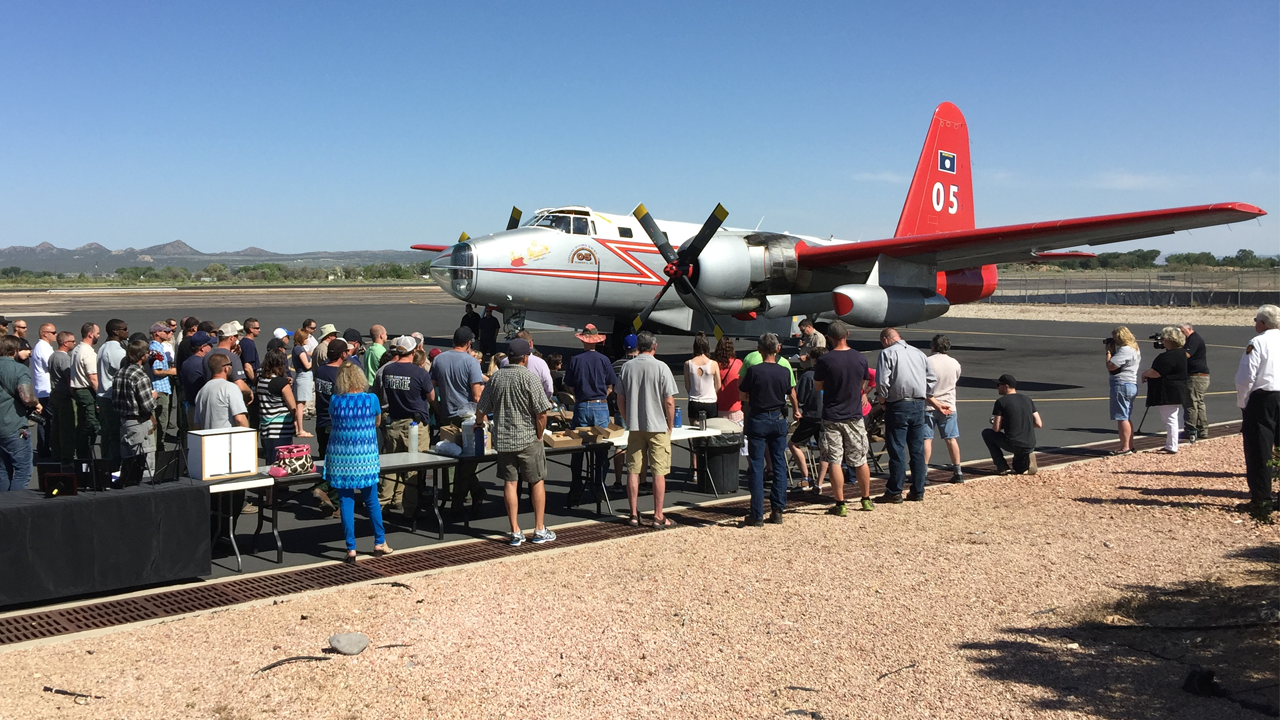 SOUTHERN UTAH – A memorial held in southern Utah Friday paid tribute to two pilots who were killed in a crash while fighting the White Rock Fire.

Capt. Todd Tompkins and First Officer Ronnie Chambless, both of Boise, Idaho, were dropping retardant on the fire in a tanker when the aircraft went down.

Friday afternoon marked the anniversary of the crash, which occurred in 2012. At 1:45 p.m., the same time the crash occurred, supporters held a dedication at the crash site.

The White Rock Fire was caused by lightning and burned more than 6,000 acres near the Utah-Nevada border.