MURRAY, Utah - Surveillance video shows the moments a truck crashed into a power pole in Murray, causing an explosion with the power line, Monday evening.

Murray Police said the person driving may have been high on drugs, with her two young children in the truck.

Video surveillance shows the crash only lasts seconds, but it involved nearly 24 hours of cleanup.

Spencer Hansen, who owns Esprit Raw Flowers, wasn't able to get to his building the next morning.

"Power lines all over the ground, and the whole street shut down," Hansen said.

Hansen’s business sits right next to the first power pole Murray Police said Gehring crashed into, and his surveillance cameras caught what happened.

After the truck hits the pole at an estimated 45 mph, the pole snaps and causes and explosion as the power lines break.

Murray Police reports state that Gehring then barreled into a second power pole up the street.

In the end, three power poles cracked and came crashing down, along with live power lines.

"I think they were in extreme danger," Murray Police Officer Kenny Bass said. "Once they hit a power pole and it went down, and just brought the lines down with them, you have active power lines that are on the ground or around the car. Which obviously, extremely deadly."

The truck caught on fire. Police reports state Gehring and her two children, ages 10 and 3, sat inside.

They made it out OK.

"I think they're very lucky to be alive right now," he said.

The report states police believed Gehring to be intoxicated and that she had the appearance of having done meth.

Her apparent drug-induced driving mishap cut off power to several businesses for half the day Tuesday, Esprit included.

"It cost us a lot of money," Hansen said.

They called customers and canceled orders, and he said they had to shut down for the entire day.

Hansen also had to move $20,000 worth of flowers to a cooler in a different building to keep them from dying.

Gehring was booked into the Salt Lake County Jail on a DUI charge. 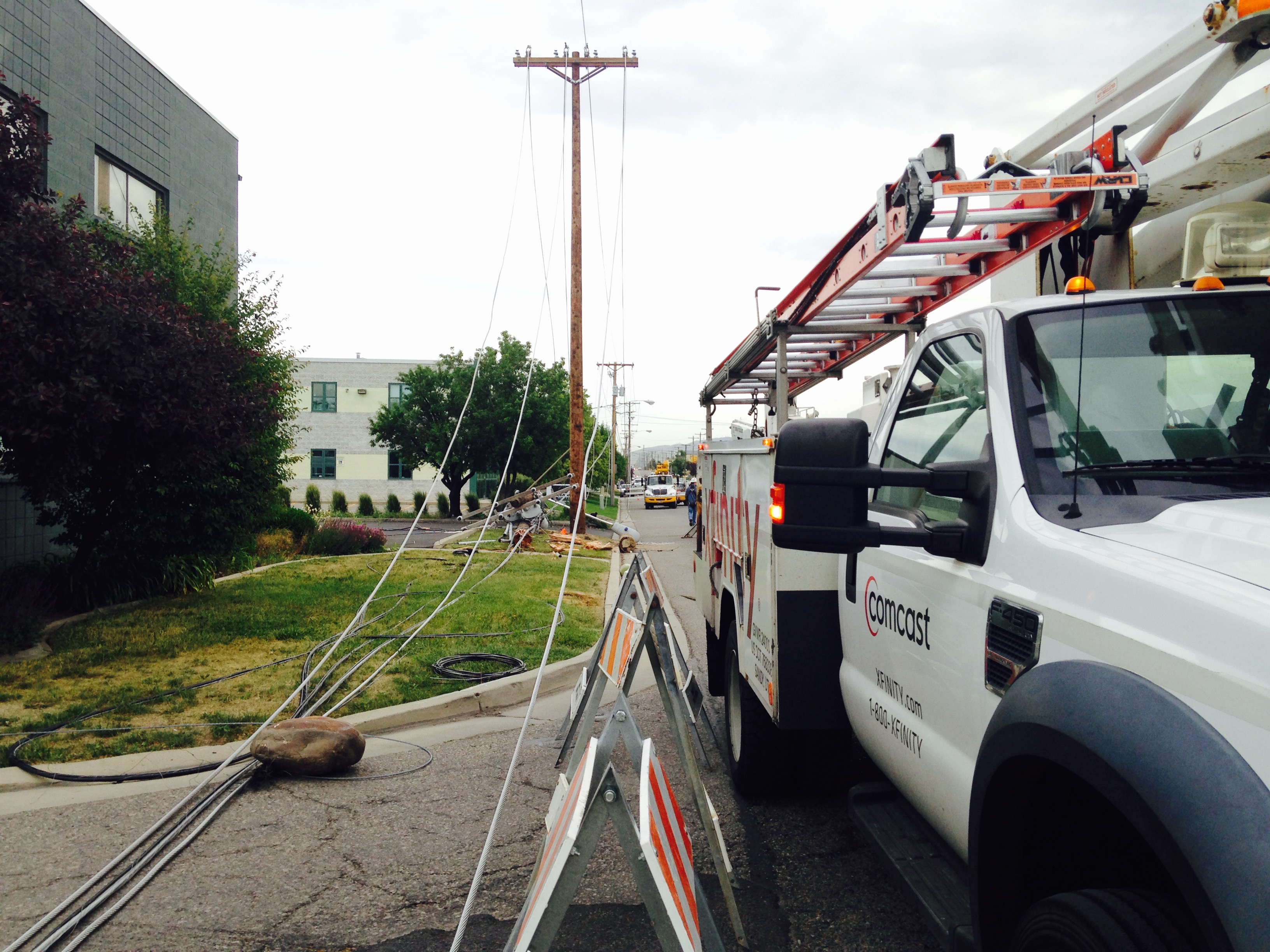