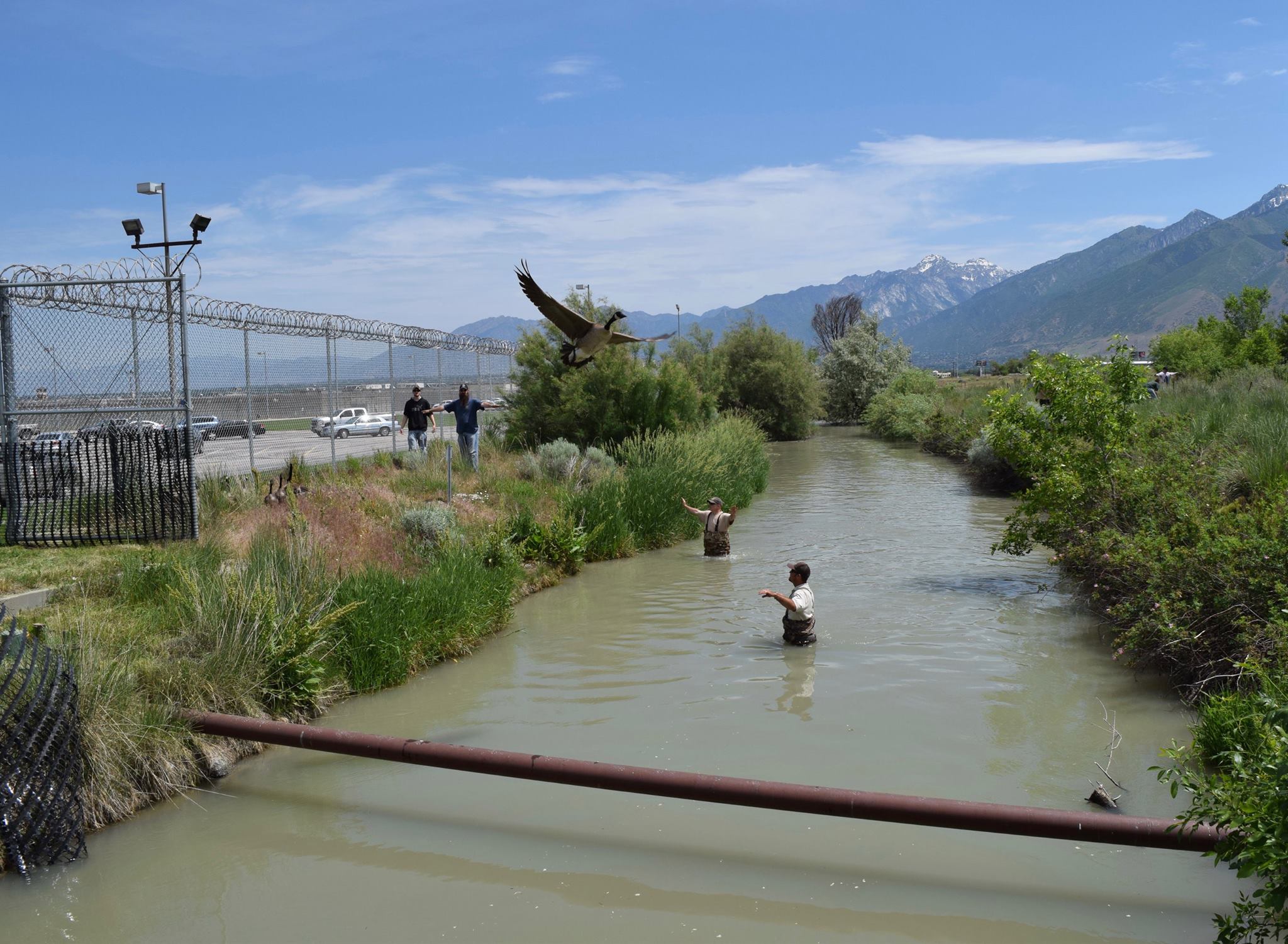 DRAPER, Utah — A growing problem of messy, aggressive geese at the Utah State Prison led to a catch and relocate effort, Tuesday.

About 50 volunteers and employees with the Division of Wildlife Resources spent the morning rounding up geese inhabiting the property’s canals and open spaces.

As the animals were leaving a “visible mess and had been getting aggressive toward inmates, visitors and staff,” a staff member reached out to DWR about how to deal with the overcrowding.

Rich Hansen, waterfowl-banding coordinator with DWR, said the wildlife division has been rounding up urban geese in other parts of the Salt Lake Valley for the past 11 years. This is the first time they have responded to the prison.

Ninety-six young geese and 46 adults were captured at the Timpanogos and Oquirrh facilities just before noon. The young geese were relocated to marshes, such as Howard Slough Waterfowl Management near Ogden Bay and the adults were taken to Browns Park National Wildlife Refuge in Vernal, according to a Facebook post by DWR.

Geese were also picked up at the canal near the main entrance to the prison.