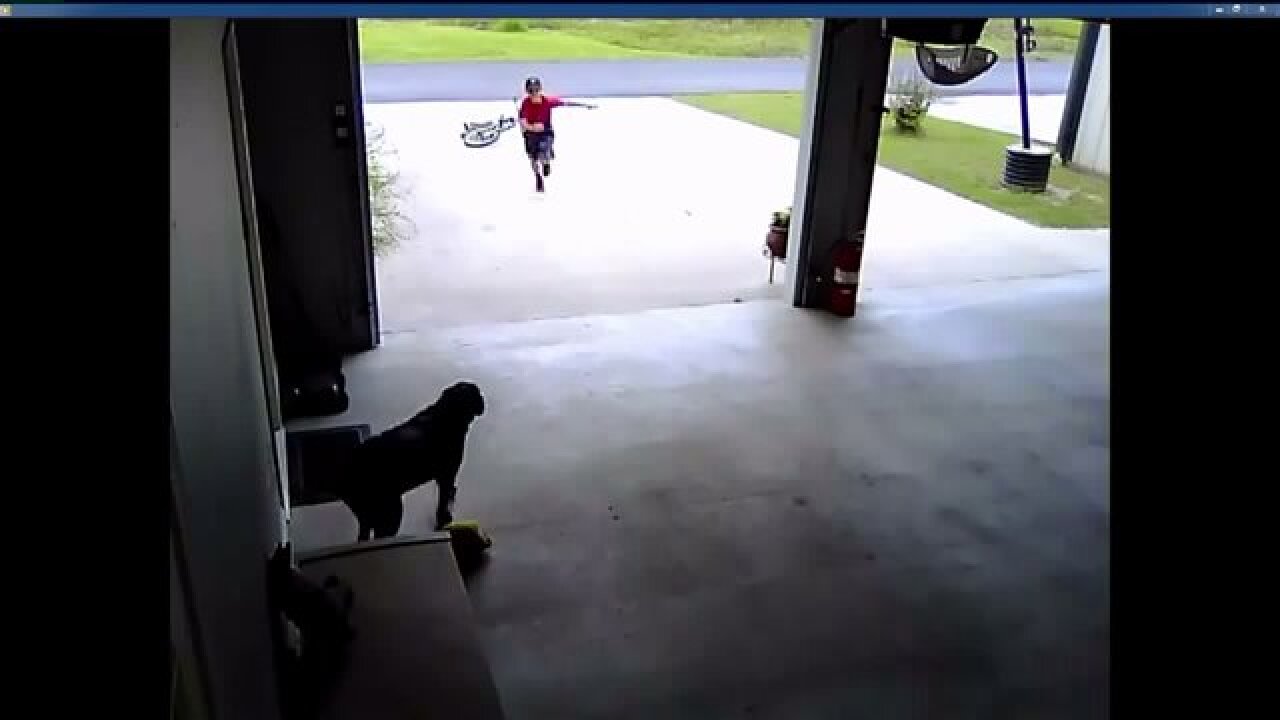 PIERRE PART, La. -- Sneaking into your neighbor's garage is not usually something your neighbors will find cute, but for one little boy in Louisiana,  his neighbors didn't seem to mind.

Homeowner, Hollie Mallet, told ABC News that she was going through security footage in early May when she noticed a young boy sneak into her garage and hug her dog. Mallet says she then posted the video to Facebook with the hope of finding out who the little boy was.

“One day, we were going through the footage and I told my husband, ‘You’ve got to see this,’ and he [Josh] came in and gave him a quick hug, and we wanted to find out who he was,” Mallet told ABC News. “We live in small town so everyone pretty much knows everyone, but we don’t know all the neighborhood kids because we don’t have small children anymore.”

ABC News reports that it wasn't long before Ginger Breaux came across the video and commented that her son, Josh, was the mysterious hugger.

"Josh talks about your dog all the time!” ABC News reports Breaux wrote on the post. “Every time we pass he looks to see if she was sitting where he could see her. Just didn't know he was doing things like this. Last night when I first saw it, I was torn as a momma being happy and upset because he knows he shouldn't be on someone's property, but I wake up this morning more happy that he just absolutely adores dogs so much.”

According to Breaux their family dog passed away last year.

“Things have been busy and Josh is active with after school activities so we have not jumped back into taking on the responsibility of starting all over again with a new pup quite yet," Breaux commented in another post on the video.

The homeowner told ABC News she is happy her black lab, Dutchess, has been able to help the young boy cope with his loss.

“He’s the sweetest little boy,” she told ABC News. “Its’ a win-win. They both get a friend.”